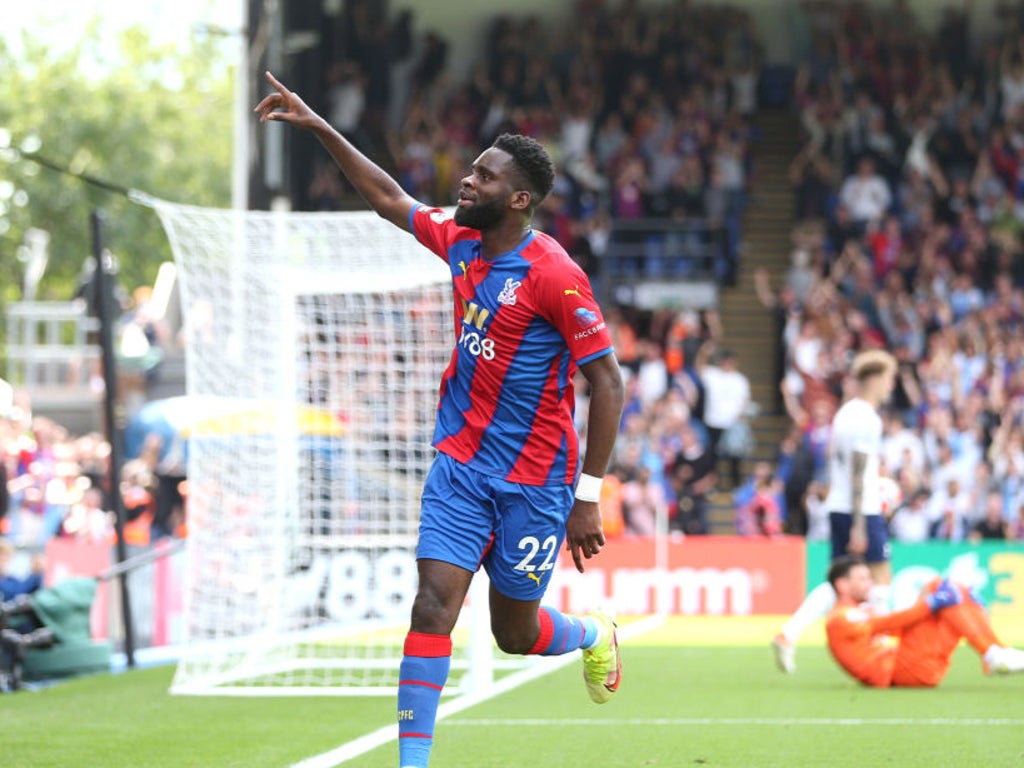 Tonight is a huge game for new Crystal Palace manager Patrick Vieira. Against their fierce rivals Brighton – who are flying high – the Eagles will be looking to pick up their second win of the Premier League season.

Vieira’s side impressed against Tottenham but failed to follow that up with any sort of real challenge against Liverpool.

Meanwhile, Graham Potter’s Brighton can go top with a win after a sensational start to their season as they go in search of a fifth victory from six games.

There’s a lot on the line for both teams at either end of the Premier League table. It promises to be a huge night at Selhurst Park.

The match will kick off at 8pm on Monday 27 September at Selhurst Park.

The fixture will be shown on Sky Sports Main Event and Sky Sports Premier League from 7pm and customers will also be able to stream the game on the app and website.

Nathan Ferguson and Eberechi Eze are still sidelined for Vieira’s side but Jeffrey Schlupp is expected to return for the hosts. Odsonne Edouard will also hope to start for his new club after missing out to Christian Benteke at Anfield.

It is not yet known whether Yves Bissouma and Enock Mwepu will be available for selection for Potter’s high-flying Brighton. Adam Webster is definitely unavailable, but Tariq Lamptey could return after getting 45 minutes against Swansea in midweek.

Brighton have started the season sensationally but they will be met with a raucous atmosphere tonight as the Palace fans look to prevent their rivals from topping the Premier League table. It will be an intense night at Selhurst Park and that could bring an entertaining spectacle. 2-2.