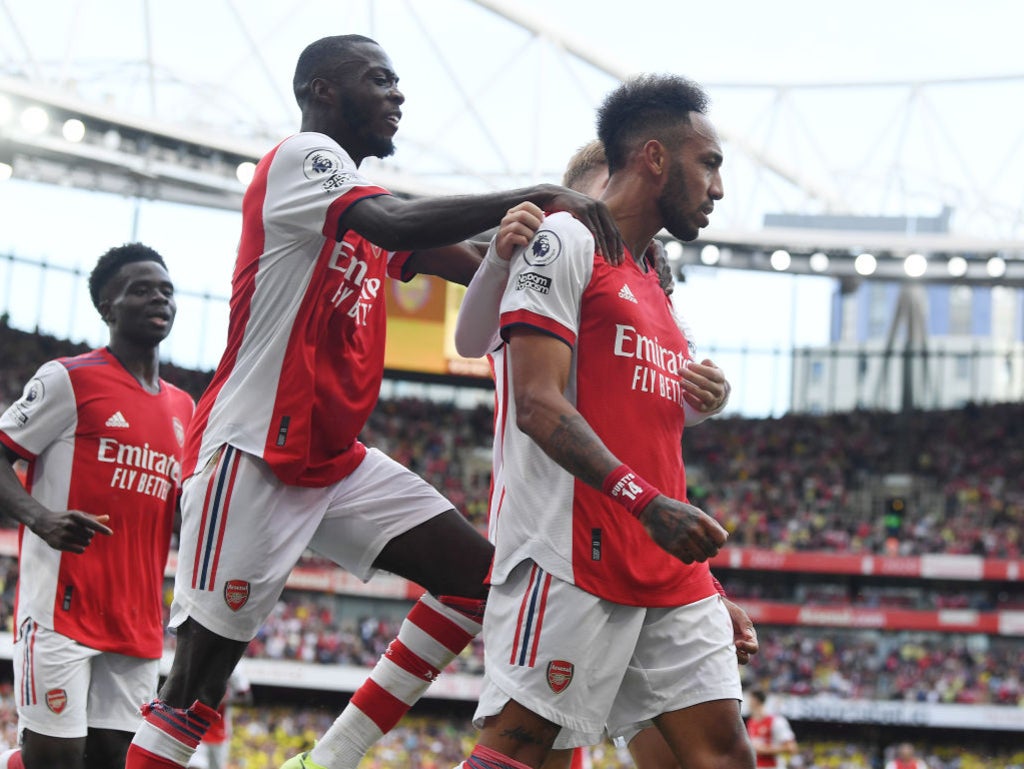 Arsenal’s Mikel Arteta will be hoping his players come good on Sunday as they face Tottenham Hotspur in the Premier League.

The Gunners have revived their league campaign with two successive wins but face a tough opponent in rivals Spurs. One player Arteta will want to shine is Thomas Partey, who was taken off just under an hour into their Carabao Cup win over AFC Wimbledon.

The star has been carrying an ankle injury and fans were worried about the midfielder. However, Arteta gave an update and said: “He hasn’t played a lot of minutes since he’s been injured. We believe the rhythm of matches is nothing like any training session. I think it was very beneficial for him.

“We didn’t think so [it was a risk to play him] and that’s why we made the decision to play him – but it’s always a risk when you play a match or have a training session at the intensity that we train. We believe it was the right thing to do and he was really pushing for it, so I think it worked out well.”