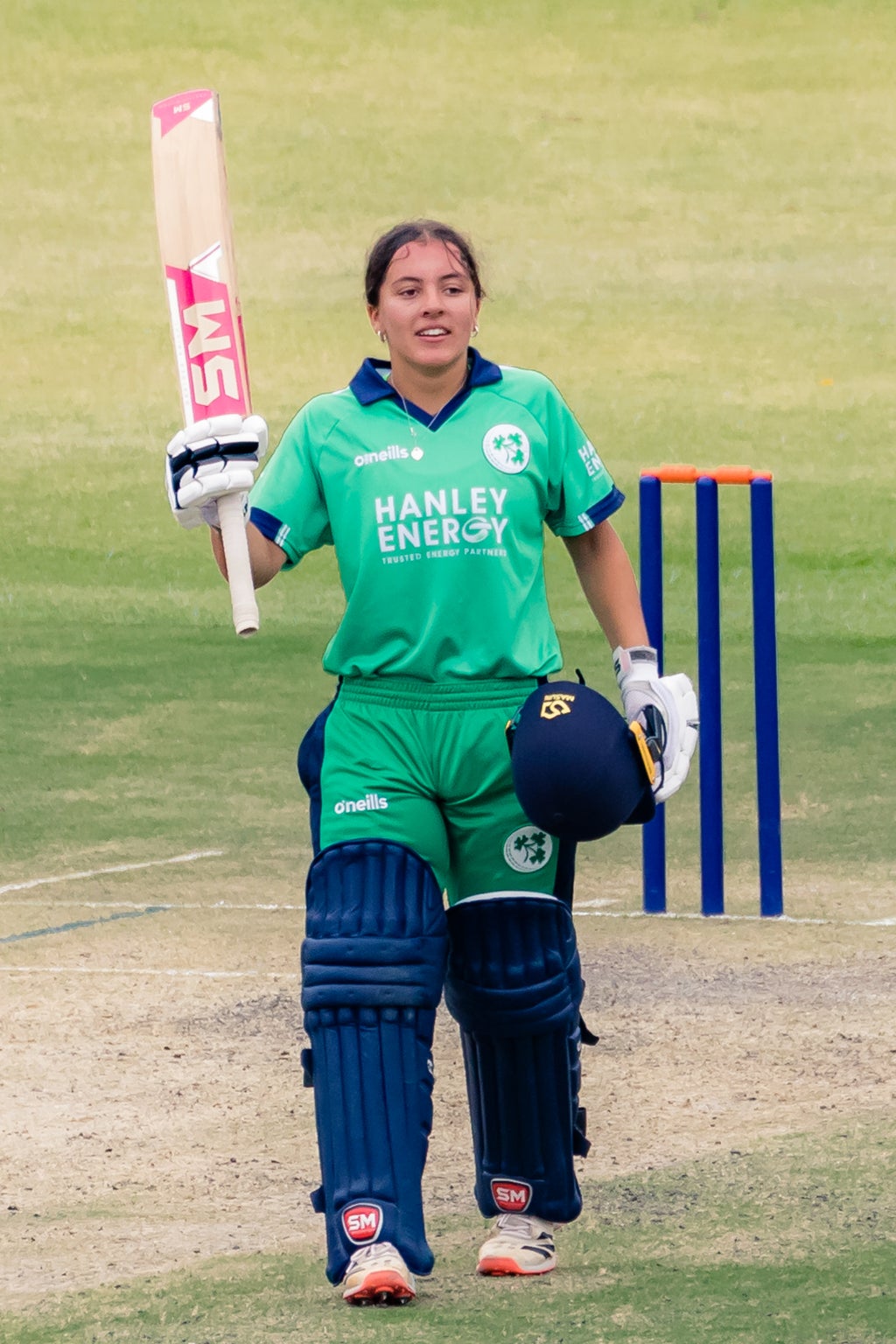 Ireland Women’s Amy Hunter described becoming the youngest ever batter to score an international century as ‘more than she ever imagined’ after achieving the feat on her 16th birthday.

Hunter struck an unbeaten 121 against Zimbabwe in Harare to become the youngest player, male or female, to score a one-day international century.

The teenager, who balances her school work with being an international cricketer, only made her Ireland debut in May and has now written her name into the record books.

Asked if she could think of a better birthday present, Hunter told the PA news agency: “No, you really can’t. It was more than I ever imagined to be honest.”

Her runs came off 127 deliveries and included eight fours as Ireland won the match by 85 runs to complete a 3-1 series win.

Hunter, who was named player of the match, said: “I didn’t feel nervous. As I got in I felt more and more comfortable and then obviously I was a bit nervous bringing up the 50, it was such a big milestone just to get there and then to be honest I didn’t even think about the hundred.

Hunter pipped Mithali Raj to become the youngest ever ODI centurion – the now India captain was 16 years and 205 days old when she scored 114 not out against Ireland.

“It’s unbelievable to be honest,” Hunter said of her feat.

“At the moment I can’t quite get my head around it. Initially I thought it was just in Ireland and then when they said it was overall, it’s just unbelievable.

The youngest male batter to make an international century is Pakistan’s Shahid Afridi, who scored 102 against Sri Lanka aged 16 years and 217 days in 1996.

Hunter made her one-day international debut against Zimbabwe in the first game of the series on October 5 and before Monday had amassed only seven runs from three innings.

“To be honest I think I should have done a bit better in the caps I’ve had,” she said. “I’ve struggled a bit up until now, but obviously it’s amazing to have this as my first milestone, it’s kind of hard to top this to be honest.

Hunter’s feat earned her recognition from the likes of England all-rounder Chris Woakes who said: “That’s a hell of an achievement Congratulations to her.

“A 16-year-old playing international cricket is something which is an incredible achievement. To then perform at that level is almost unheard of.

“Amazing contribution from her. As a 16-year-old, I think I played my first second-team game and felt completely out of my depth. It shows how big an achievement that is.”