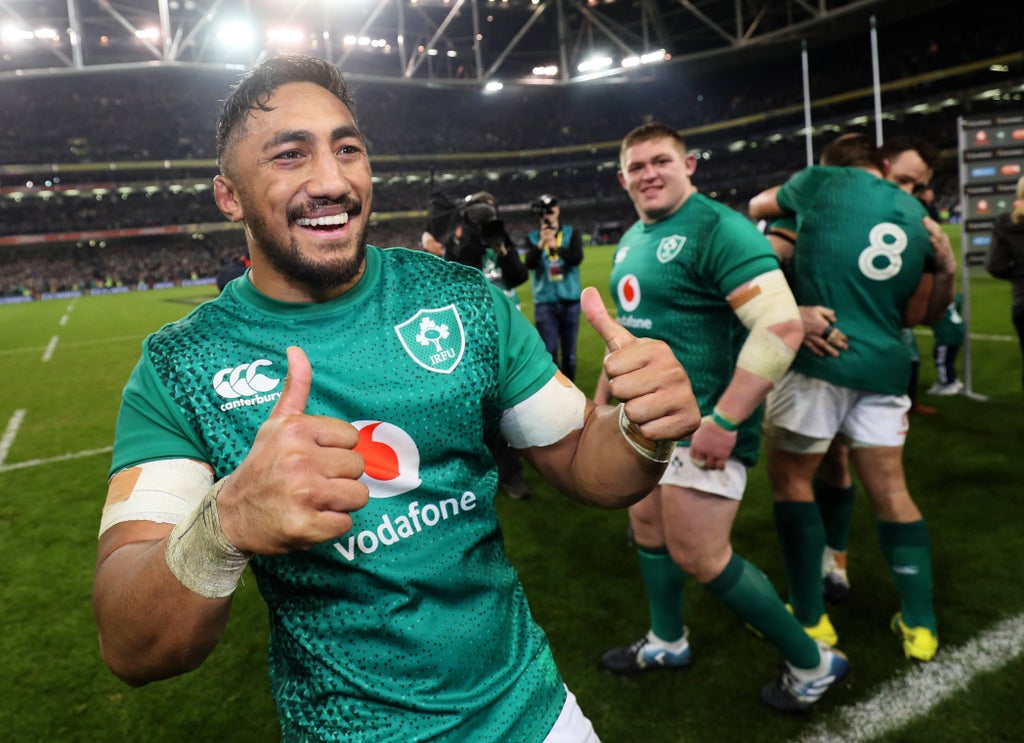 Ireland go in search of a seventh successive win when they host New Zealand on Saturday at a sold-out Aviva Stadium in Dublin.

Andy Farrell’s side warmed up for the visit of the world’s top-ranked side by dismantling Japan in their opening autumn fixture last weekend.

Here, we pick out some of the main talking points.

Ireland’s hopes of becoming world champions in 2019 were brutally ended by a crushing quarter-final loss to the All Blacks That chastening loss marked the end of the Joe Schmidt era and came after two historic wins over the Kiwis in the previous three years. Those defeats for New Zealand are the only two suffered in the previous 32 meetings between the nations. Victory for the Irish this weekend cannot fully avenge being knocked out of the sport’s most high-profile tournament. Yet, as captain Johnny Sexton pointed out at his pre-match press conference, Ireland must respond to being battered 46-14 in Tokyo.

Residency rules have been a hot topic in the game in recent years and have resulted in three of Ireland’s starting XV being native Kiwis. Centre Bundee Aki played the last time New Zealand visited Lansdowne Road, while James Lowe and Jamison Gibson-Parks will take on their birth country for the first time. The trio go into what promises to be a special – and, quite possibly, surreal – occasion on the back of each scoring tries against Japan. All Blacks head coach Ian Foster had little interest in discussing whether Aki, Lowe or Gibson-Park would ever have been good enough to be selected for his side.

Ireland warmed up for this mouth-watering contest by producing arguably their finest attacking display of the Andy Farrell era. Last weekend’s 60-5 success over Japan contained some scintillating rugby which was rewarded with nine tries. Home fans will no doubt be eager to witness a repeat of that expansive style against the All Blacks. Ireland are almost certain to have far less of the ball this Saturday. Farrell says his side must be clinical in possession and, while he would like to continue to entertain, he acknowledges that “masters” of quick ball New Zealand are a “different beast” to the Brave Blossoms.

Given Ireland’s dominance in their autumn opener, Farrell could easily have stuck with an unchanged starting XV. Yet he has opted to tinker by recalling Iain Henderson in place of fellow British and Irish Lion Tadhg Beirne in the second row. Unlike the benched Beirne, Ulster captain Henderson failed to make an appearance for Warren Gatland’s Lions across the three Tests against South Africa. The 29-year-old will take on the might of the All Blacks on the back of only one provincial outing this term, in addition to his cameo against Japan. Farrell was relatively guarded in explaining the switch, simply saying Henderson was “better suited” to the fixture.

New Zealanders may be informally named after the small, flightless bird that is endemic to their country but their rugby team has been soaring in 2021. Defeat to world champions South Africa early last month is the only blot on what has been a ground-breaking year under head coach Foster. The All Blacks have won 12 of 13 fixtures, including three triumphs over Australia and a victory against the Springboks. Furthermore, last weekend’s win in Italy saw them set world records for most Test tries (96) and points (675) scored in a calendar year. Ireland coach Farrell stopped short of calling this the toughest test of his tenure to date but the formidable Kiwis will take some stopping.