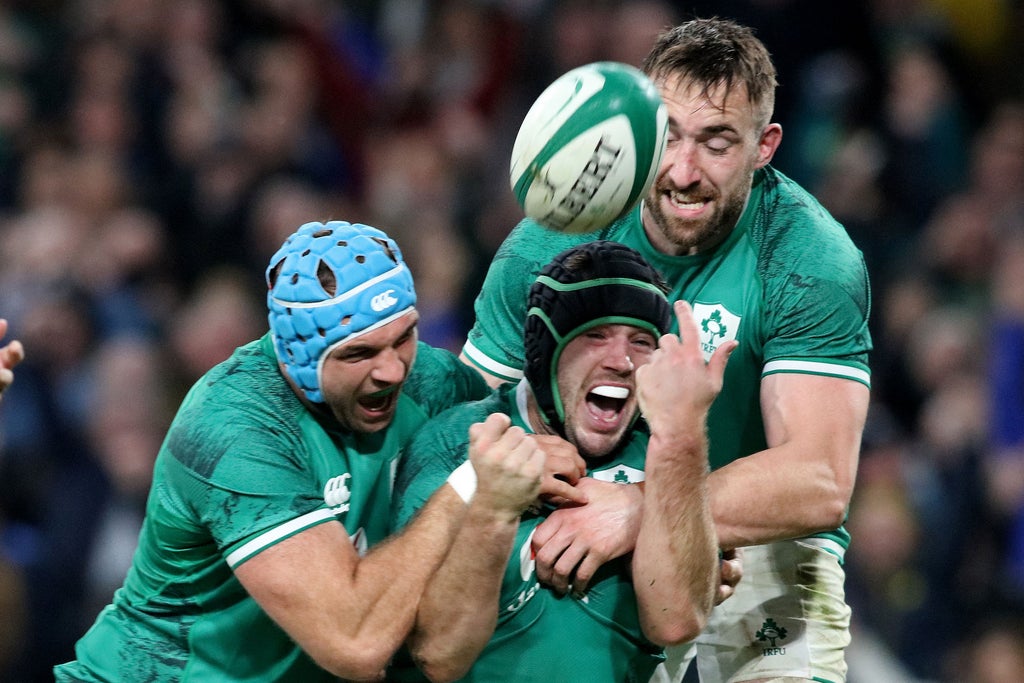 Ireland stunned New Zealand 29-20 in a historic victory at the Aviva Stadium in Dublin.

In an action-packed contest that saw both teams have tries ruled out, replacement Joey Carbery landed the decisive blow with a penalty booted from the halfway line with minutes to spare.

Caelan Doris and Ronan Kelleher had put the hosts ahead with impressive scores before Will Jordan responded for the All Blacks.

And Akira Ioane thought he had pulled the visitors to the brink of taking the lead with a try, only for the officials to save the Irish.

An expectant home crowd then roared their team on in the closing stages and a penalty was greeted with an almighty cheer with less than 90 seconds remaining.

And Carbery made no mistake to clinch a sensational win to kickstart the party as Andy Farrell’s men march on.

“It’s amazing,” said New Zealand-born James Lowe. “Never in a million years did I think this day would come. Since a kid I dreamed of being an All Black.

“I gave up that dream, I wasn’t quite good enough, but to put up a performance against the best team in the world. To stand in front of the haka, it’s a childhood dream.”