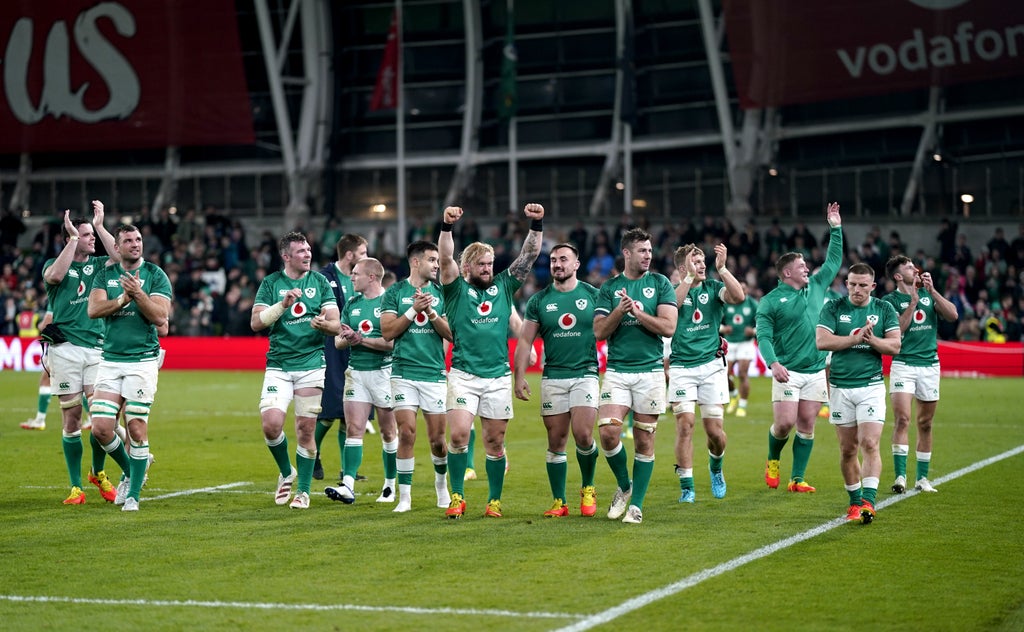 Ireland enter the weekend in fine form after a stunning performance proved too much for New Zealand in a historic victory.

But Argentina roll into Dublin hoping to catch Andy Farrell’s side out, a danger felt by Garry Ringrose, who has pointed to history to back his belief that they simply cannot “hang a hat on” their recent success over the All Blacks.

Argentina stormed past Italy last weekend and ought to provide another tough test as the Irish bid to make it a clean sweep in three Tests in the Autumn Nations Series, having also thrashed Japan.

“We’ve had to turn the page pretty quickly, enjoy those moments after the game, but it’s getting ourselves mentally and physically right for the challenges this week,” said Garry Ringrose. “It’s good on the belief front but there’s more than just that – it’s how hard we prepare and how much more we can improve that’s important. I was lucky enough to be involved in 2018 when we beat New Zealand and then was involved in the quarter-final in Japan and what happened there. I’m not going to hang a hat on one result. I will stick to the process.”

When is Ireland vs Argentina?

The game will be played on Sunday, 21 November and kicks off at 2.15 pm. The Aviva Stadium will host the game with the Irish crowd likely to provide another sensational atmosphere after last week’s heroics against the All Blacks.

Channel 4 will have all the action for UK fans with coverage starting at 1.45 pm, while Irish viewers can tune into RTE 2 with their live coverage starting from 1.30 pm, including a live stream via the RTE player.

Scrumhalf Conor Murray comes in for the injured Jamison Gibson-Park (ankle) and will partner Munster team mate Joey Carbery, who replaces captain Johnny Sexton, who misses out with a knee complaint.

Centre Robbie Henshaw, an ever-present for the Lions in South Africa, is back in place of Bundee Aki.

While Ulster winger Robert Baloucoune bags a second cap on the right wing as Andrew Conway drops out.

Argentina meanwhile draft in loose forward Santiago Grondona for his first start in almost a year, with youthful winger Lucio Cinti and lock Guido Petti, returning after a knee injury, also included in three changes made by Mario Ledesma.

With Grondona back in, Marcos Kremer will swap from lock to flank and Pablo Matera will play as their number eight.

In the only alteration from the back line that swept Italy aside, Cinti replaces Santiago Cordero, whose younger brother Facundo is on the bench for the first time and in line for his first cap.

After last week’s scintillating display of rugby how can you back against the Irish? Farrell’s men roll here and take out Argentina in another statement to the rugby world.