Inside Real Madrid’s celebrations – David Alaba leads the party with a champagne spray, Carlo Ancelotti is in the thick of the action… and Rodrygo tucks into a sausage baguette after Champions League win over Liverpool

Real Madrid celebrated in style by dancing, spraying champagne and Rodrygo was even eating what appeared to be a sausage baguette.

Los Blancos sealed a 14th Champions League crown with a 1-0 victory over Liverpool at the Stade de France in Paris on Saturday night.

Vinicius Jr scored the only goal of the game midway through the second-half when Federico Valverde fired the ball across the face of goal, giving the Brazilian a tap-in at the back post.

The victory prompted jubilant scenes among the Real squad inside the changing rooms with plenty of the action caught on cameras. 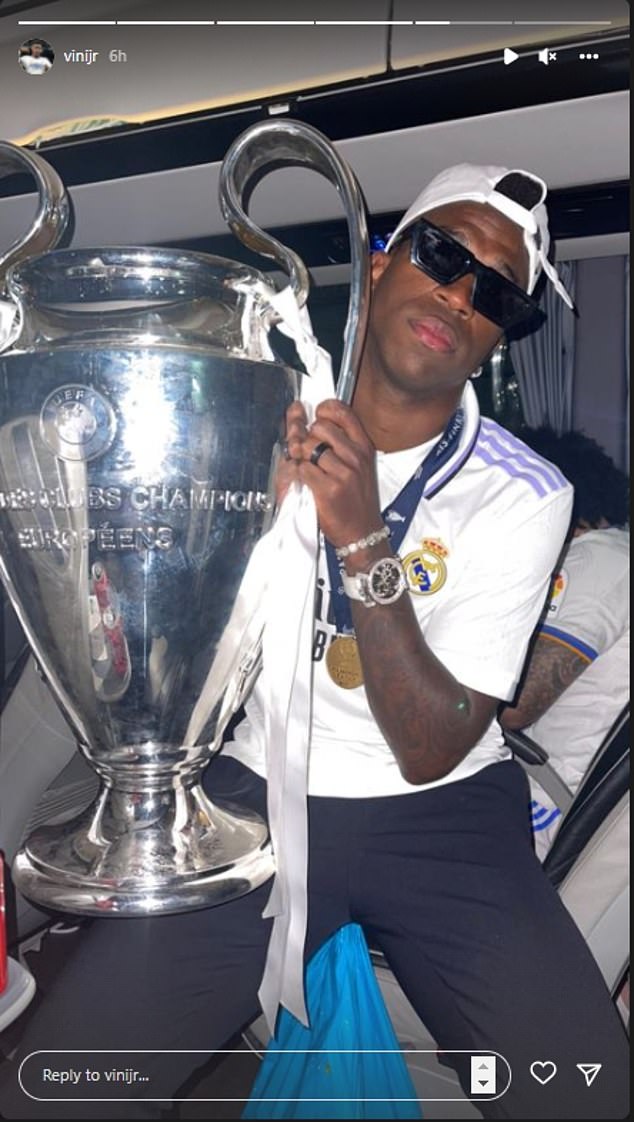 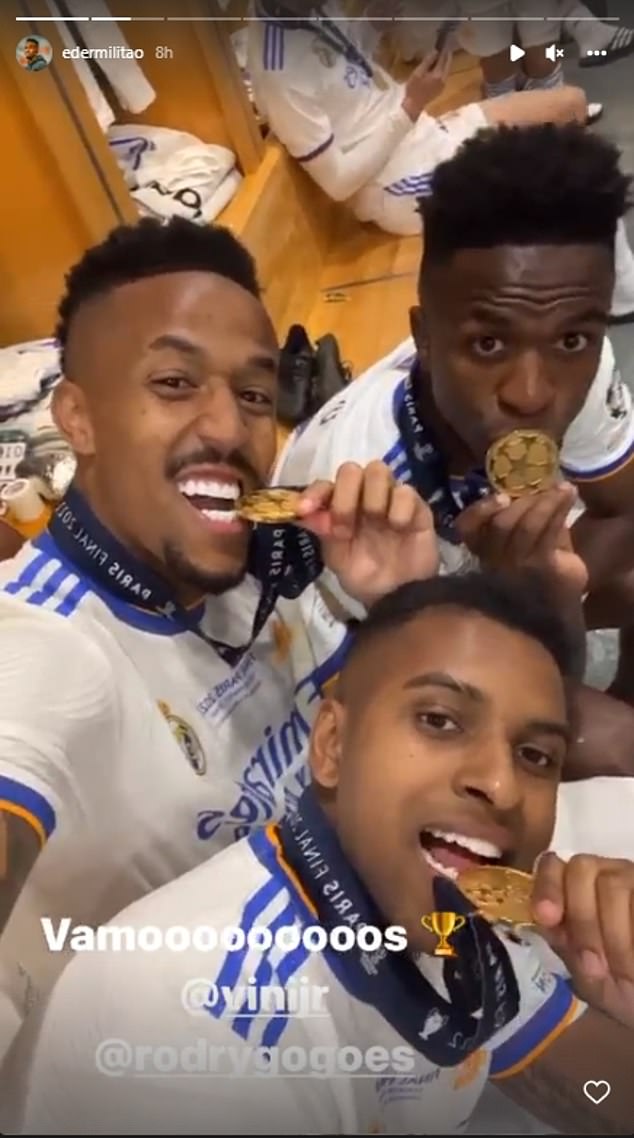 Rodrygo, Eder Militao and Vincius Jr all posed with the Champions League trophy and medals

Defender David Alaba led the party by dancing and spraying champagne around the changing room as they celebrated their latest trophy.

Manager Carlo Ancelotti was in the thick of all the celebrations, while players poses for pictures with medal, and the prestigious trophy inside the changing room.

Perhaps one of the more bizarre moments was forward Rodrygo tucking into a sausage baguette post-match on his Instagram story. 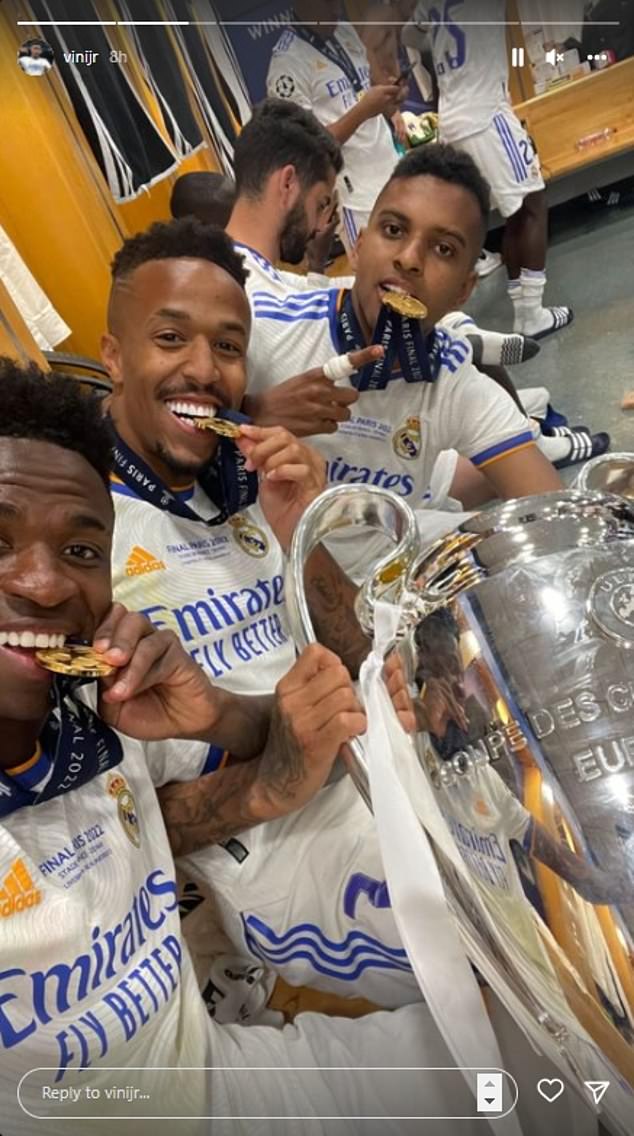 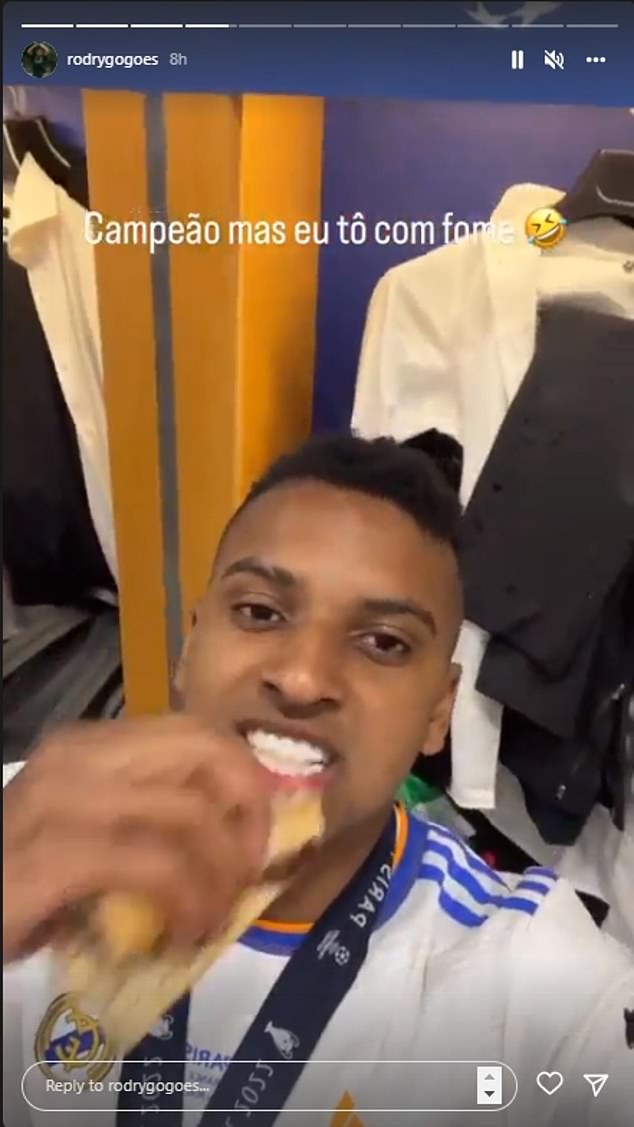 Even forgotten about Gareth Bale was amongst the celebrations as he posed with the trophy alongside Croatian ace Luka Modric to cap off a turbulent but successful spell in Spain.

Austrian Alaba among other star players took time out of celebrating to speak with the Real Madrid YouTube channel.

The Champions League win caps off a historic season for Carlo Ancelotti’s Real Madrid after winning both the LaLiga and the European Cup.