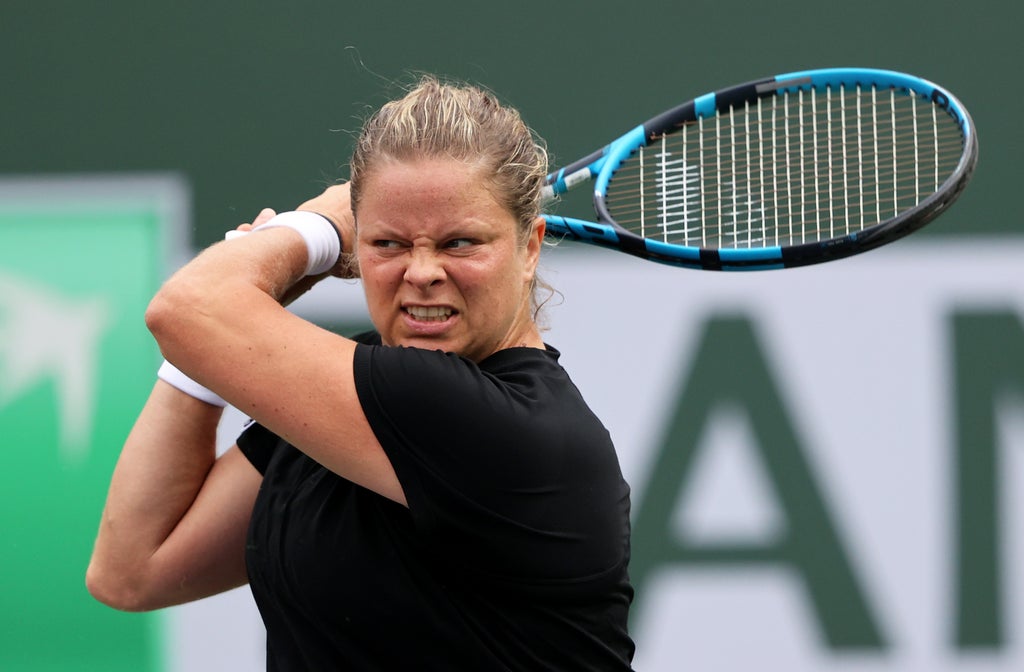 Former world number one Kim Clijsters has tumbled out of the first round of Indian Wells at the hands of Katerina Siniakova.

The 55th-ranked Czech double-faulted eight times at Indian Wells but still secured 70 per cent of her first serve points to defeat Clijsters 6-1 2-6 6-2.

The Belgian also lost in the opening round in her first appearance of the year following knee surgery and Covid-19 at last month’s Chicago Fall Tennis Classic.

“Last week in Chicago I started off well but had a few games where I really wasn’t into the match,” Clijsters told reporters. “Here too, looking for my rhythm, my anticipation again, reading my opponents, getting used to playing on a bigger court again.

“I fought my way into the match well in that second set, and I kind of put her under pressure a little bit better. Overall, there’s definitely moments where I’m feeling really good out there, and there’s moments where I feel too inconsistent.

“That’s part of this process in general, it’s not going to be a smooth ride and that’s what I’m going to try to improve every time I’m out there.”

Italy’s Martina Trevisan battled over almost four hours to beat Marie Bouzkova 6-4 6-7 (8) 6-4, with Astra Sharma of Australia and Switzerland’s 46th ranked Viktorija Golubic each dropping their second set before gaining wins to progress to the second round.

Dayana Yastremska and Ana Konjuh were straight-sets victors, while former world number four Carolina Garcia fought back from one set down to defeat Kirsten Flipkens of Belgium to set up an encounter against 15th seed Coco Gauff.