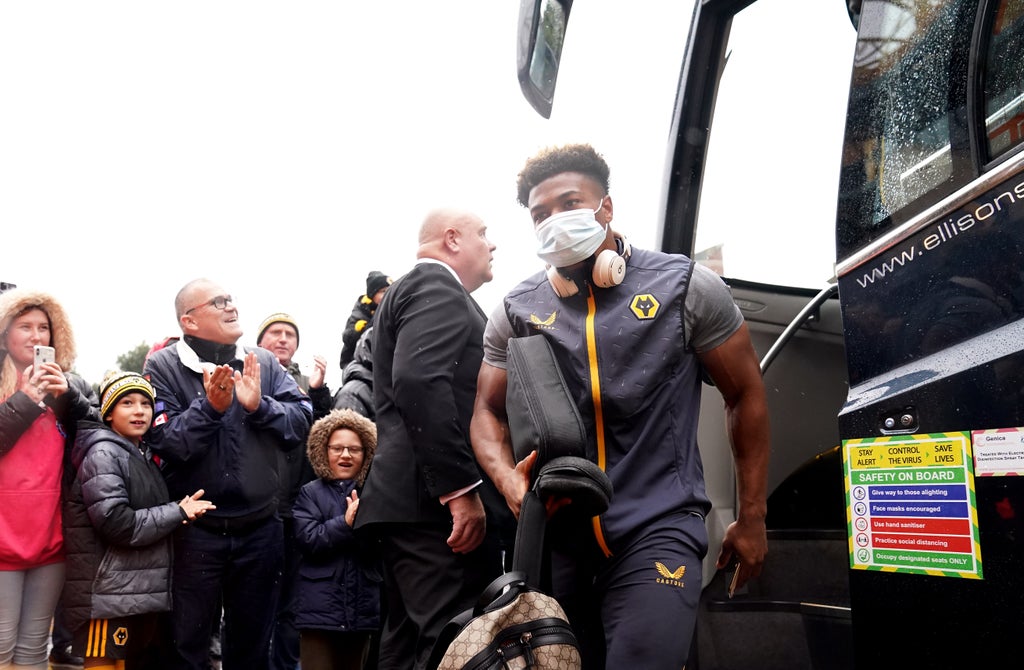 Wolves manager Bruno Lage defended his decision not to start Adama Traore at Crystal Palace and dismissed talk it was to do with his contract situation.

Second-half goals from Wilfried Zaha and Conor Gallagher consigned Wanderers to a first defeat in six games following a 2-0 reverse in south London.

After struggling to dictate possession or create chances at Selhurst Park it was put to Lage the game may have suited Traore, who thrived in a counter-attacking system under Nuno Espirito Santo.

Without a goal or assist this season, the former Barcelona attacker was dropped to the bench for the 2-1 win over Everton on Monday and only played the final 22 minutes against Palace.

“That is the question every time. When you look for the starting team we want, every time we have to take decisions,” Lage stated when asked about Traore.

“We play with Adama also against Leeds and we don’t have the chances to go in the transition. Okay, I understand your question and for sure we think about it.

“We try to understand the game and to find spaces to play with Rayan (Ait-Nouri) and Nelsen (Semedo) because they are in good positions. We try to see, especially from the back, if our midfielders come with the pressure or not and to also find Hwang Hee-chan and Francisco Trincao between the lines.

“After that we go and attack the defensive line but for that we need to have good decisions from the back and to find the spaces, so that is why when I look at the game it wasn’t a good performance.”

Traore was heavily linked with a move to Tottenham in the summer and a reunion with ex-boss Nuno, who has since left the club.

No transfer was forthcoming and the 25-year-old now only has 18 months left on his current deal with no breakthrough in talks that initially began during the previous campaign.

While there is no suggestion Lage has been told not to play Traore due to the ongoing contract situation, the 45-year-old insisted he would never accept such an order anyway.

“No, no, no. I don’t know what happened before. But for sure I am 100 per cent free to take my decisions and that is my job,” he added.

“The personality I have, I don’t accept these kind of things in my role. One thing is the contract and the other thing is my ideas. If I need him to play and to win games, I will put him in again.”

Another wideman in Zaha proved the matchwinner again for Palace after he also found the net in the 2-0 win at Manchester City the previous weekend.

He had to wait before he could celebrate his 61st-minute goal after it was initially ruled out for offside, but VAR intervened and Gallagher’s late second made it back-to-back victories for Patrick Vieira’s side.

“We’re getting the points now and the performances are getting better. Wolves have got a strong defence, so we had to keep passing the ball around and take our chances.

“VAR is part of the game now. I have to remember not to celebrate like a madman until the goal is given. The second goal finished it and the fans here pushed us on on during the game.”