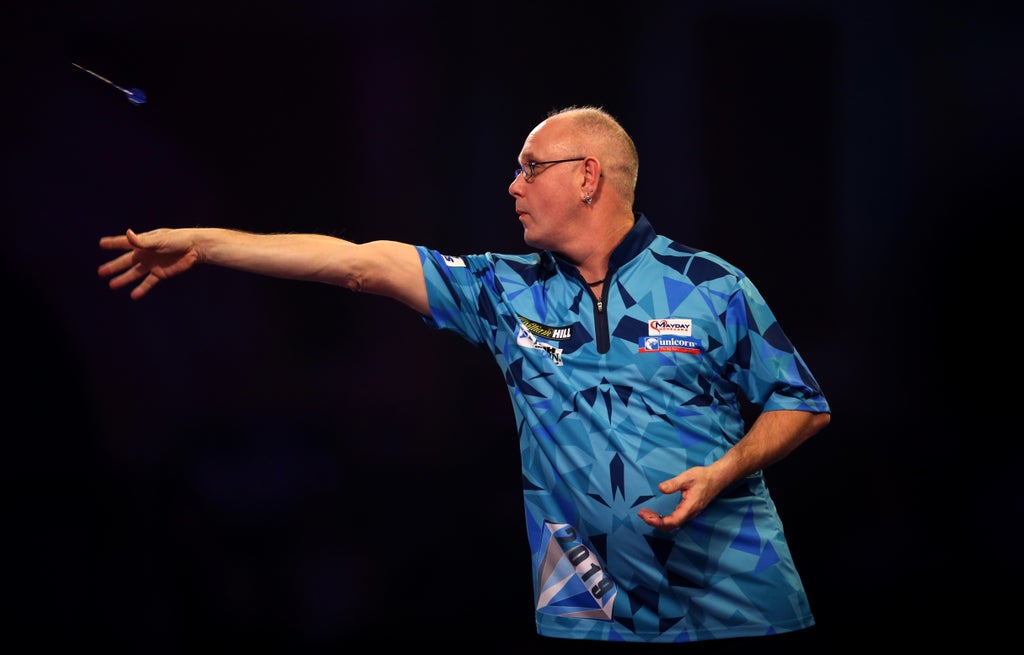 Stoke’s Ian White fought back from a two-set deficit to book his place in the quarter-finals of the World Grand Prix in Leicester.

Debutant Darius Labanauskas, from Lithuania won the first six legs without reply to put himself within touching distance of the last eight.

A 14-dart leg finally got White on the board but he was still made to work hard for his 3-2 victory, winning eight of the next 11 legs as the match went right down to the wire.

World Matchplay semi-finalist Krzysztof Ratajski also got off to a flying start in his match against former world champion Rob Cross.

The Pole also won the first set without losing a leg and eventually went on to close out a 3-1 victory with a 14-dart finish culminating on double four.