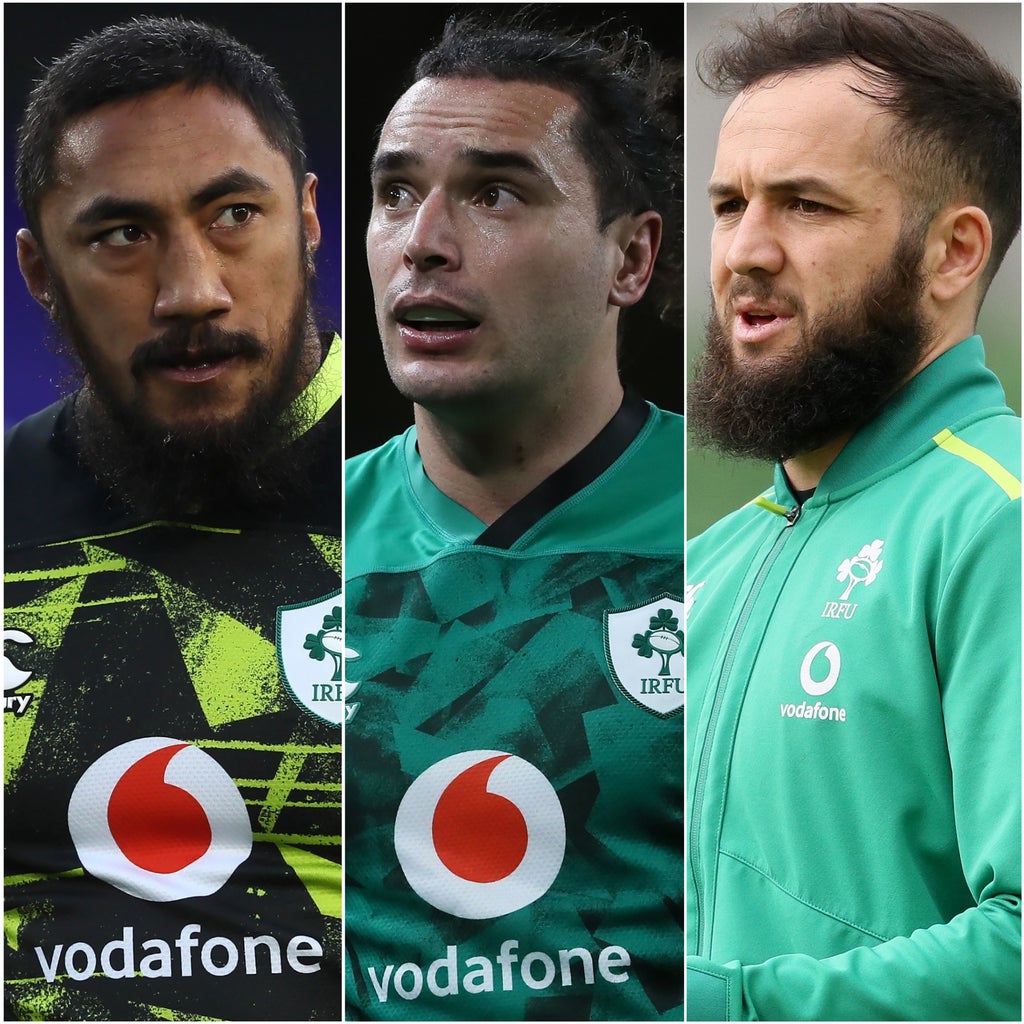 New Zealand head coach Ian Foster insists there is little point in discussing whether Ireland trio Bundee AkiJames Lowe and Jamison Gibson-Park would ever have been good enough to represent the All Blacks.

The three native Kiwis, who qualified for their adopted nation on residency rules, are set to take on the country of their birth on Saturday afternoon at a sold-out Aviva Stadium in Dublin.

Connacht and British and Irish Lions centre Aki played when Ireland defeated New Zealand in November 2018, while Leinster duo Lowe and Gibson-Park are preparing to face the three-time world champions for the first time.

“I guess they’re Kiwis in one sense but they’re Irish now,” said Foster. “They’re three people that have made a decision, they play for Ireland and what will be and what could have been is almost irrelevant.

“There’s not much point speculating about whether they would have been good enough to make it in New Zealand or not.

“I don’t really want to spend any time on that because they’re the ones that made the call.”

Aki, 31, has made 32 Ireland appearances since switching international allegiance in 2017 and toured with Warren Gatland’s Lions during the summer.

Scrum-half Gibson-Park and winger Lowe, both 29, qualified for Ireland last autumn and have won 11 and seven caps respectively.

All three were on the scoresheet last weekend as the Irish warmed up for the visit of New Zealand with a crushing nine-try win over Japan.

“They’re well organised, they’re physical, they clearly understand their roles and they play accordingly,” said Foster. I think that aspect hasn’t changed and that’s a positive thing about Irish rugby. They’ve been a quality team this year and getting better.

“But we’re seeing an expansion and ambition of what they want to do with the ball and they seem to be more at ease about taking opportunities wider and being comfortably playing like that.

“Credit to them and it just means you’ve got to open your eyes and be aware that they’ve got more threats in attack than perhaps they would have had 24 months ago.”

After naming a much-changed line-up for last weekend’s win in Italy, Foster has brought back his star names.

New Zealand’s team contains 14 players who started the thumping 54-16 victory over Wales a fortnight ago, with winger Sevu Reece the sole survivor from Rome.

The All Blacks – who beat Ireland in the quarter-finals of the 2019 World Cup – have lost just two of the previous 32 meetings between the nations, although one of those setbacks was a 16-9 defeat on their last visit to Lansdowne Road three years ago.

“We’ve felt this before with teams up here is that they’ve got big crowds, excitable crowds that really get behind the team and feed off any sense of weakness or hesitation in visiting teams.

“We’ve got an Irish team that’s going to try and put us under pressure and really get that crowd behind them.

“The fact that the Aviva hasn’t been full too many times in the last two years with Covid, I would say the noise levels will probably be at about 110 per cent, if there’s such a thing.”