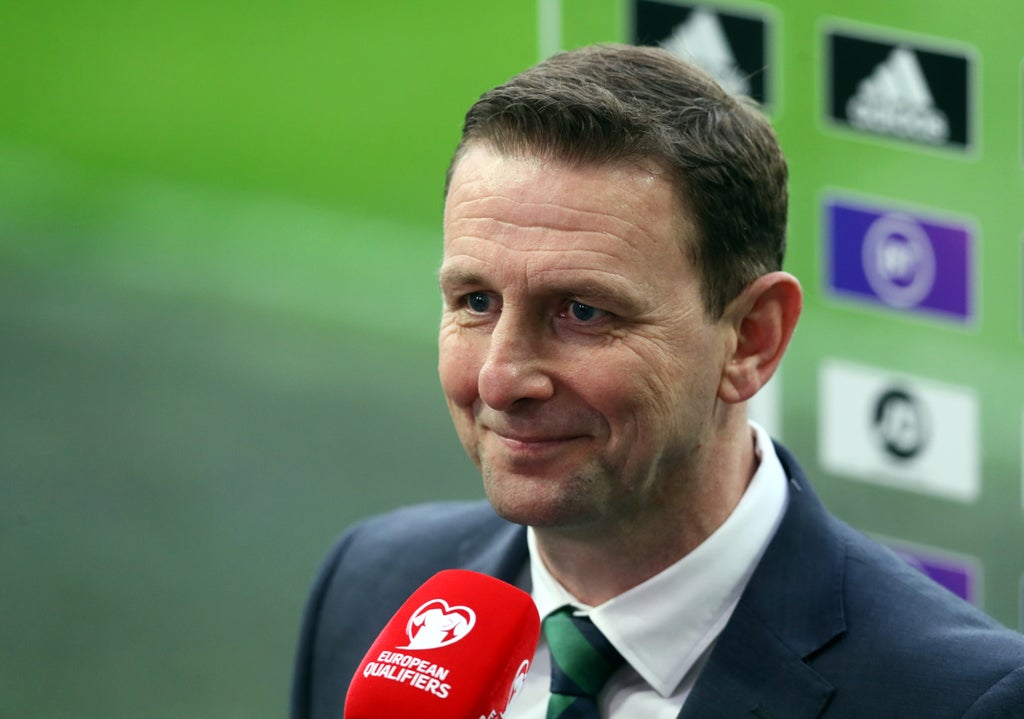 Ian Baraclough is keen to extend his contract as Northern Ireland boss beyond the current World Cup qualifying campaign.

Baraclough, who signed an initial 18-month contract when he took over from Michael O’Neill last June, had a tough start in the job but three wins in the last five matches has left his side still in contention for a qualifying play-off place ahead of next month’s trips to Switzerland and Bulgaria

“For me, I want to carry on,” the 50-year-old said. “I feel we are at the start of a cycle of the next crop of Northern Irish players who can take us to a major tournament.

“I’ve got a big belief in that and in all the staff and players. We are heading in that direction and I want to carry on.

“It’s quite simple. Yes, I did sign an initial 18-month contract and I hope we can carry on the path we are on. We are making plans for the future with the Irish FA and we are heading in the right direction.

“Those things will hopefully take care of themselves.”

Northern Ireland’s goalless draw with Switzerland three weeks ago left Baraclough’s team three points behind Murat Yakin’s side ahead of the rematch in Geneva on October 9.

Baraclough on Tuesday named a 26-man squad for that match – and the following trip to Bulgaria – which included Jonny Evans, Stuart Dallas, Corry Evans and Josh Magennis after they were unable to feature last time around.

Victory in Geneva would put Northern Ireland’s fate in their own hands as they target second place in Group C.

“I’ve not set a points target,” Baraclough said. “The target is to make sure we are in the shake-up come November with our two home games we end the campaign on.

“I don’t look too far forward, let’s take care of the Switzerland game first and foremost, and make sure we are in with a chance going to Bulgaria, knowing if we get a result it will keep us in the hunt for November.”

As he targets a place at the Qatar World Cup next year, Baraclough voiced concerns over the FIFA proposals, developed by former Arsenal boss Arsene Wenger to stage World Cups every two years – even if Northern Ireland might stand to benefit.

“I’m not a big fan of it, I have to say, even though it might give us more opportunity to get to a major tournament,” he said.

“Nobody within our group, apart from [assistant manager] Jimmy Nicholl, has qualified for a World Cup, and I think that’s something special to him, how hard it was to get to those World Cups in ’82 and ’86. There’s something special about going to the Euros for the lads within the group.

“If it becomes more of the norm, every two years for a World Cup, then those memories don’t become so special. For Northern Ireland to reach any major tournament is big, big news, and something that’s got to be special for everyone involved.”