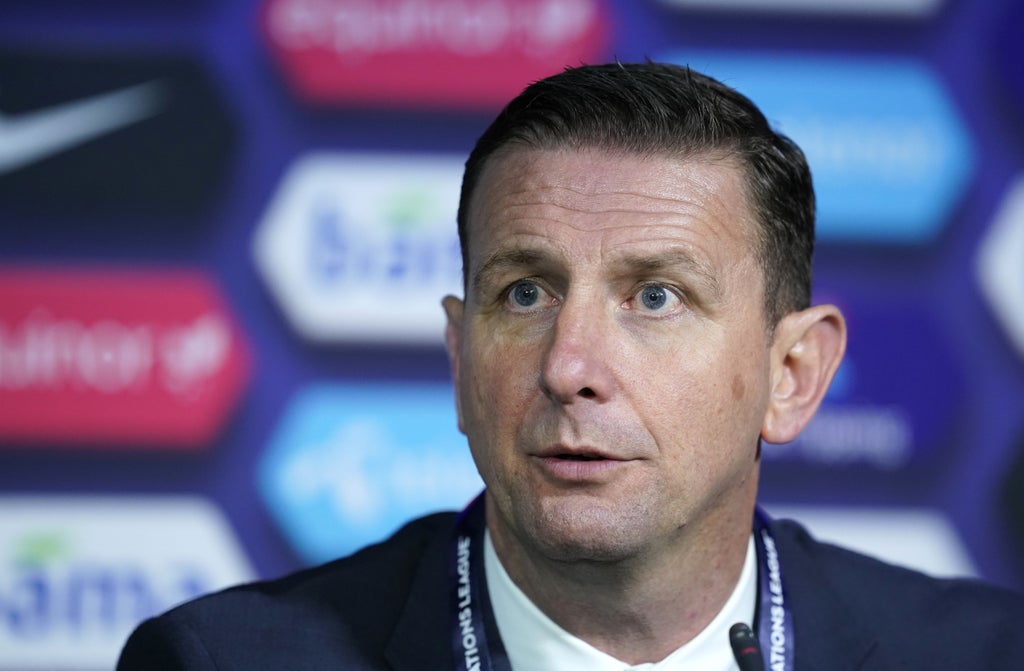 Northern Ireland manager Ian Baraclough is clear negotiations over his new contract have had no impact on preparations for the final World Cup qualifiers against Lithuania and Italy.

The Irish FA announced three weeks ago its board had unanimously voted to open talks on a new deal for the 50-year-old, whose existing 18-month contract expires at the end of next month.

A swift resolution was expected but Baraclough is yet to sign as Friday’s fixture against Lithuania looms, saying instead everything was agreed with only the formalities remaining.

But rather than a sign of any difficulties during talks, Baraclough said the delay reflected the fact there were other priorities.

“For me the focus was on the next game because these games were coming around thick and fast,” he said. “You don’t have time to think about yourself.

“I’ve always had open lines with my bosses at the Irish FA and we have regular conversations. It wasn’t a case of sitting thinking, ‘Will it happen, won’t it?’

“While things like that are going on, you have to get on with your job.

“In any negotiations about contracts there are always things to get ironed out but for me, it’s all been put to bed now, apart from signing that bit of paper.

“I’m a man of my word and the conversations I’ve had with Patrick (Nelson chief executive) and everyone at the IFA, I certainly don’t see any reason why there would be any issues.”

Several members of the Northern Ireland squad had spoken last month in support of Baraclough staying on, and vice-captain Jonny Evans said it was welcome news that his new deal had been sorted.

“Football is always about having that consistency,” the Leicester defender said. “We go away from here and we won’t be back until March and we know Ian will be watching us closely, keeping an eye on everyone.

Though defeats last month by Switzerland and Bulgaria ended the Qatar World Cup dream, Baraclough has made notable progress in integrating new players into his squad as he looks to expand his options.

That has continued in this international window with Reading goalkeeper Luke Southwood and 17-year-old Nottingham Forest striker Dale Taylor getting their first call-ups with one eye on next year’s Nations League campaign and the Euro qualifiers to come.

“I feel as though we are at the start of the cycle and that’s why we all wanted to carry on,” Baraclough added. “Now we start looking to the Nations League and the Euros after this campaign ends.

“We want to push on and see some reward at the end of the campaigns.”

Taylor has already made his new team-mates take notice with what fellow striker Conor Washington called some “wow” moments in training, and Baraclough – whose striking options are limited at present – said he would have no hesitation in throwing youngsters in if needed.

“I think you’ve seen already there’s none whatsoever,” he said. “If I think it’s the right time to put an Ethan Galbraith in or for a Dale Taylor to make his debut, I’ll do it.

“They’re here for a reason and I’ve seen in training enough to tell me they could play a part in the game if we see it fits and it’s the right time.”