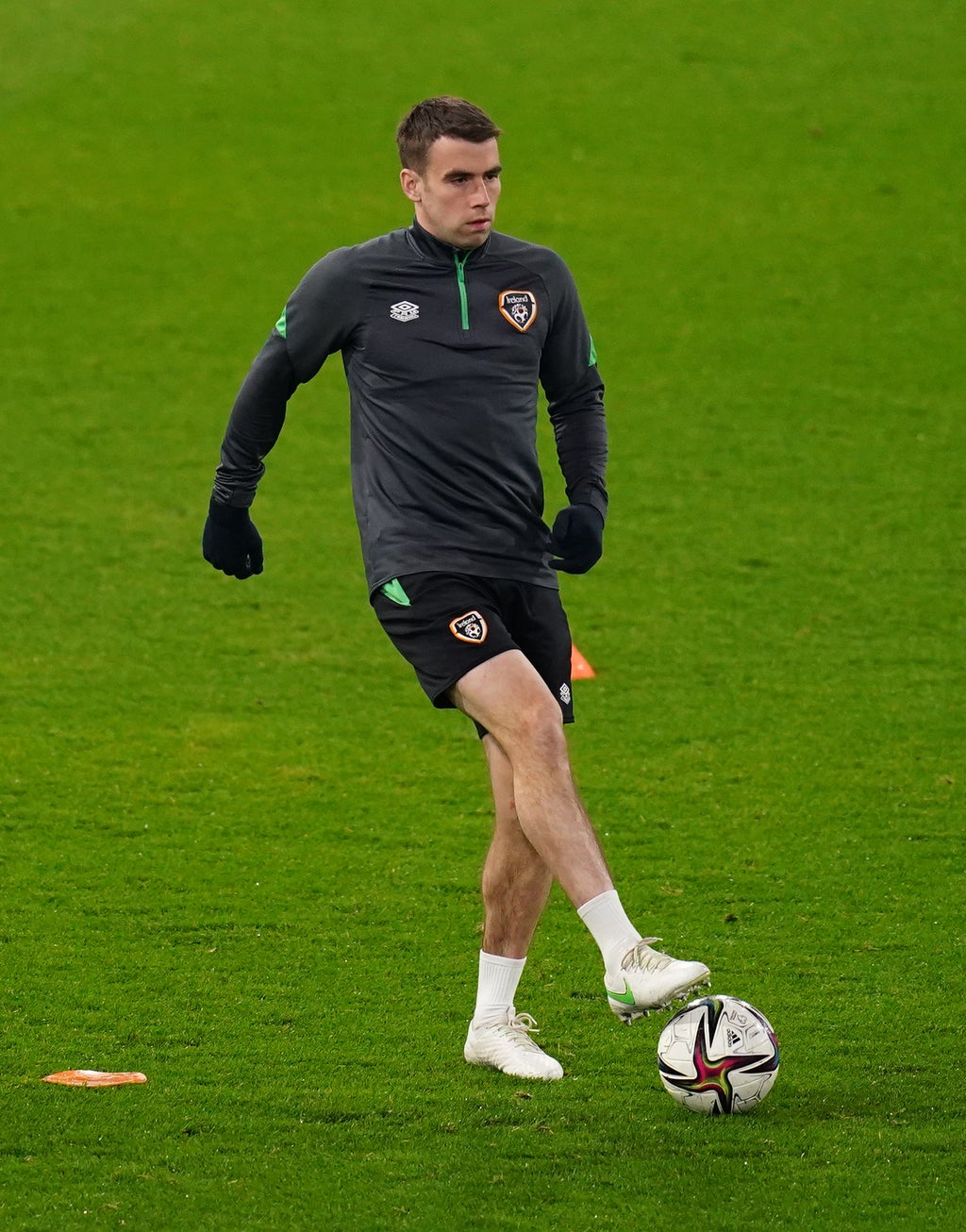 Seamus Coleman has signalled his intention to play on for the Republic of Ireland despite missing out on a trip to the 2022 World Cup finals.

The 33-year-old Everton defender will hope to retain his place in Stephen Kenny’s team for Sunday night’s final Group A qualifier in Luxembourg after performing commendably against Cristiano Ronaldo on his return from injury in Thursday evening’s goalless draw with Portugal.

But asked if he will make himself available for the forthcoming Nations League and Euro 2024 campaigns, the Ireland captain was unequivocal.

Coleman said: “As long as I warrant my place in the team with my performances at club level, then yes.

“I don’t want to be in the team to be an experienced player, I want to have a reason to be here and that is to be on the pitch. If I’m doing the business at club level and the international manager wants to pick me, I’ll be available.

“I’m not one of those players who is thinking about retiring from Ireland because it means so much to me. Whatever form I’m in at the time and if it warrants a place in the national team, then I will be available.”

Kenny has hinted that Coleman, who has been hampered by injuries and in particular hamstring problems in recent years, may not be able to play two games in the space of four days as the new compressed international fixture calendar demands.

With Matt Doherty also available to the manager, he has more than adequate cover on the right side of defence.

Coleman admits he has perhaps been his own worst enemy at times, but makes no apologies for putting his team before himself.

He said: “I always put it this way – if I’m fit, I’m fit. Whether that be for Everton or Ireland, I will give my all.

“I’ve had a few niggles and sometimes if I was like maybe another player and putting myself first, then maybe the niggles wouldn’t recur.

“But for me personally, I will always push the boundaries and I won’t give it the correct timeframe that is needed.

“I say time after time that I’m definitely going to change it and give it more time to recover. I can’t do it, I can’t put myself first.

“If the team needs me – Everton or Ireland – I’m there for the team and I will do all I can to play.

“What happens tomorrow is up to Ireland, but I feel fine and fit and ready to go. The recurring injuries are more so because I don’t think about myself before the team.”