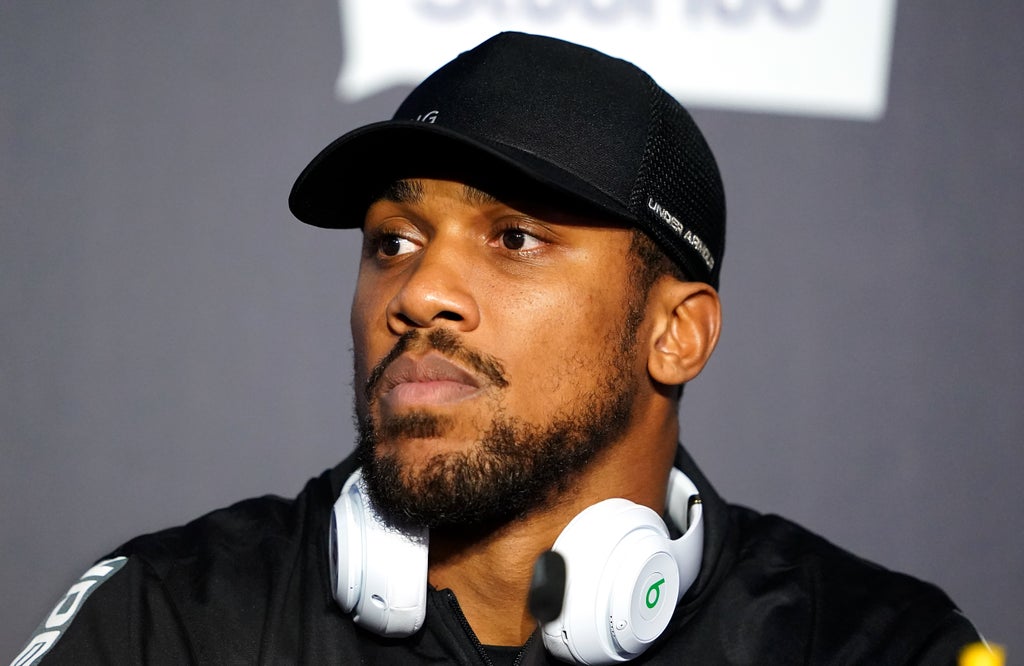 Anthony Joshua spent more than a couple of months away from his infant son to prepare for an eagerly anticipated showdown against Oleksandr Usyk and is resigned to this becoming the norm in the build-up to future fights.

Since starting his professional career, Joshua has trained under the watchful eye of Rob McCracken at GB Boxing’s headquarters in Sheffield from Monday to Friday before travelling south to London to see his family at the weekend.

But there was a slight adjustment to his camp ahead of the defence of his WBA, IBF and WBO heavyweight titles against Usyk on Saturday night, with Joshua opting against the drives up and down the M1 every week.

It has meant a long spell without seeing his young son Joseph at least in person, but Joshua believes incremental changes such as this one are necessary hardships as he looks to continually evolve in his boxing career.

“I made the sacrifice to stay in camp this time,” Joshua said. “I used to go home on the weekends. But sparring partners are away from their families, so I was like, ‘why shouldn’t I? I’m the one fighting’.

“I’ll catch up with the family again. I’ll see him Sunday. I had to go home last Saturday, but before that maybe two and a bit months (when he last saw his son). That’s the longest. But it’s going to be like that now.

“As you move up the ladder you can tend to slip because you tick a box and you’re like, ‘I’ve achieved what my tick list was’. But for me as the years go on, I tend to become more disciplined rather than go the opposite way.

“I’m going to keep on trying to improve. That’s little things like cutting out driving on the way home, so I can rest on the weekends properly. When you come home there’s always stuff that you’ve got to do.”

As for whether Joseph will be ringside at Tottenham Hotspur Stadium, where more than 60,000 fans are expected to be in attendance, Joshua said: “No, he’s not going to come. I don’t think he’s interested in boxing or sport yet.”

A Saturday night in Tottenham for Joshua used to be entirely different to the one he is preparing for now. When he was in his late teens and still an unknown amateur, he and his fellow Finchley ABC boxers frequented a nightclub about a mile down the road from where he is fighting in front of a global audience this weekend.

“One of the coaches was a bouncer on the door,” Joshua explained. “When you go somewhere, you need to know you’re going to get in. So all the boxers, we’d train Monday, Wednesday, Friday, we’d all go out on the weekend.

“It was serious but it was not serious, it’s only like amateur boxing to a degree. We would still go out, have a few drinks and that. They were fun days. It’s gone quick but they were really fun days.”

Now one of the most recognised sporting figures in the UK, Joshua was asked whether he pines for the days where he was able to slip under the radar and the 31-year-old admitted last year’s lockdown gave him a taste of ordinary life.

“I’m still about, trust me, boxing won’t change me,” added Joshua, who tipped the scales at 17st 1lb at Friday’s weigh-in, with Usyk, a former undisputed world cruiserweight champion, coming in at a career-high 15st 8lb.

“Through the lockdown that was the best time in my life. What happened, I was one way, living a certain life, then I found boxing and then my whole world flipped on its head.

“When I got into boxing it happened so quick I wasn’t really prepared for what was around the corner. Then during Covid when the world flipped on its head, I got to poke my head back out and be back to normal again.

“It was just a blessing to have that free time, the sun was shining, in the garden. It was just nice, being normal as much as possible.”