JACKSON, Miss. — Nearly two years ago, Thomas “Snacks” Lee hit a shot for Jackson State that changed his life. That shot lasted more than a moment for Lee, who has turned a viral moment into a stretch of opportunities and lasting connections.

On March 2, 2020, Lee became a sensation as he went from team manager to viral star when he hit a 3-pointer in the last home game of Jackson State’s regular season. Fans chanted, “We want Snacks,” as he raised his hands in the air, soaking in his first time playing in a college basketball game. Lee missed his first three shots, but it was the fourth — a 3-pointer from the Jackson State logo with 17 seconds left in the game against Arkansas-Pine Bluff — that changed his life. The shot picked up more than 300,000 views in days and was highlighted by Good Morning America. He received a shoutout from NBA star Kevin Durant, earned Southwestern Athletic Conference (SWAC) Player of the Week and more than 23,000 Instagram followers. 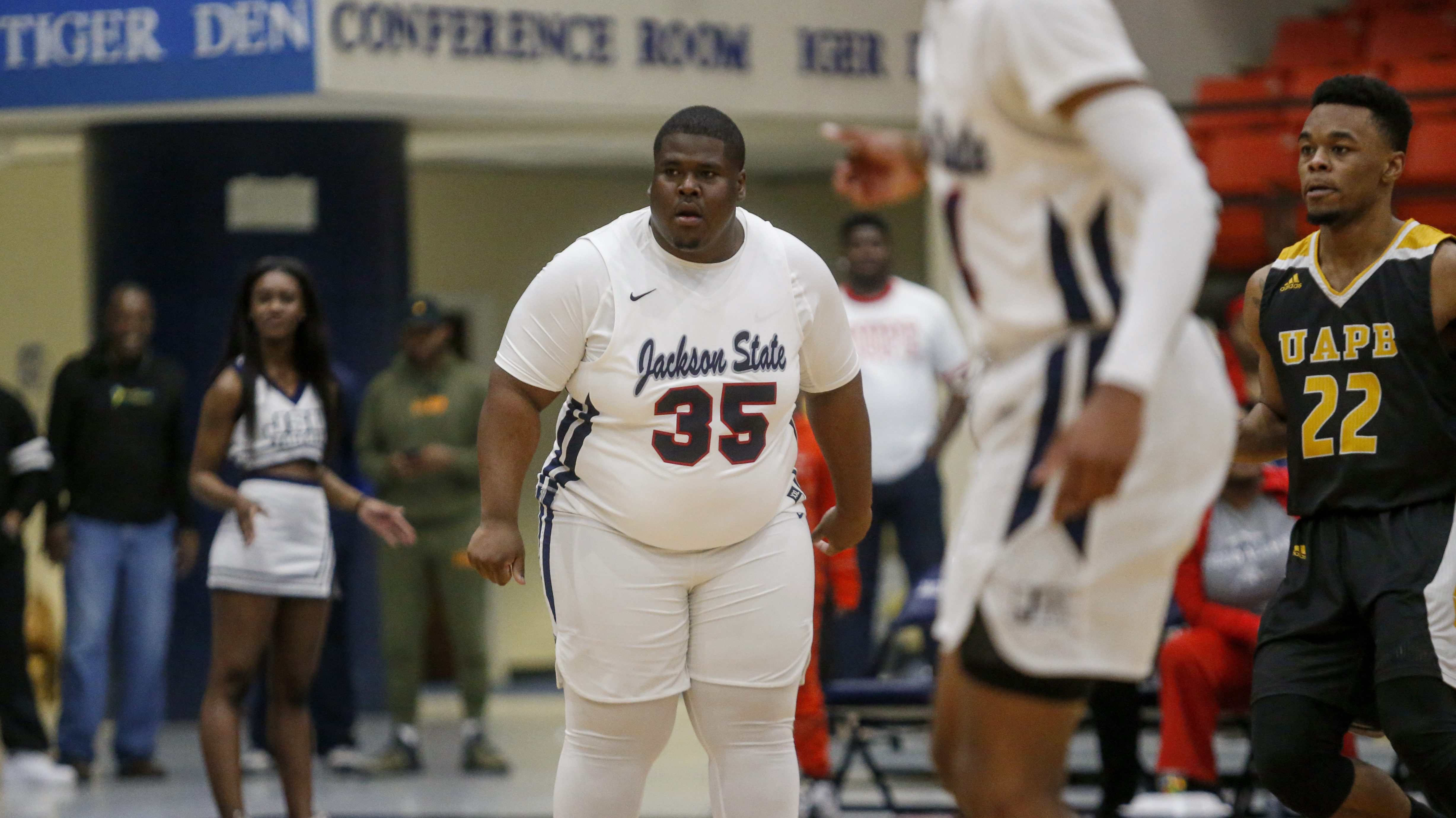 “My original plan [after graduating in spring of 2020] was to serve as a coach in some form or find opportunities either at Jackson State or outside of Jackson State,” Lee told The Undefeated. “With the shot and the publicity that it brought, I was able to venture off into another career into being an influencer … kind of serves as a hope for people who may not be confident in themselves.”

Two years later, his followers continue to grow, and he has stayed connected, becoming a social media influencer.

Lee always had a love for basketball but was never the star. Before his two minutes of collegiate basketball fame, Lee’s life consisted of service to other athletes. At Jackson State, he was team manager for four years. He stayed connected in his hometown of Jackson, mentoring many youth basketball players. He took players who didn’t have transportation to grocery stores and fast-food restaurants.

Eighteen-year-old Keiveon Hunt met Lee while growing up in Jackson and says he stayed connected to the community even after the shot.

“I always knew him. He was always around,” Hunt said. “He always worked me out, and anytime I needed the gym, he always opened it for me. After the shot, he stayed the same. Anybody could have gone Hollywood.”

Lee didn’t go Hollywood. He stayed home in Jackson, diving into an opportunity to stay connected to basketball and become a coach. He graduated and received a bachelor’s degree in physical education during the coronavirus pandemic in 2020.

On Instagram Live, Lee and his Jackson State teammate Darrian Wilson joked about starting a local basketball team. Within a few months, the joke became a reality. Lee and Wilson saw an opportunity to create an Amateur Athletic Union (AAU) basketball team. In the spring of 2020, the two were concerned about young men in Jackson being idle during the pandemic. They gathered the most talented players in their community, formed a team and even secured sponsorship from Buffalo Wild Wings.

“I told them I wanted to make my own team, and before then, I had previous deals with Buffalo Wild Wings through March Madness. Since I already had paid deals with them, I did a few events with them and asked how they felt about sponsoring uniforms, meals and things like that. They were all for it,” Lee said.

Wilson added that they raised money through community donations to cover hotels and travel so the players didn’t have to pay for anything. When it was time to name the team, they pondered and came up with Snack Pack Elite.

“We played our first local tournament, went 5-0 and got a lot of buzz. From there, the program grew and people saw that we were serious about what we were doing,” Wilson said.

Snack Pack Elite didn’t disappoint in its first season, capturing the 17U Southern Hoopfest championship and ending with a 23-9 record. Lee sees success beyond stats. He wanted his team to provide mentorship and exposure and challenged his athletes to be their best on and off the court.

“I feel like it was a great opportunity. Great exposure. Especially coming out of Mississippi, I think it was a good opportunity for our community,” said Hunt, who plays on the team.

Since their start, several students graduated from high school and committed to college teams such as Hinds Community College and Alabama State.

When Lee isn’t working with Snack Pack Elite, he’s still connected to Jackson State’s athletics program. He volunteers in the men’s basketball internal operations department, learning the logistics of team travel, equipment and communications. “It’s giving me the opportunity to be well-equipped when I get ready to get another job, but also to build relationships with other college coaches and build relationships with other colleges. It also helps me know what all comes with being a coach on the collegiate level,” Lee said. 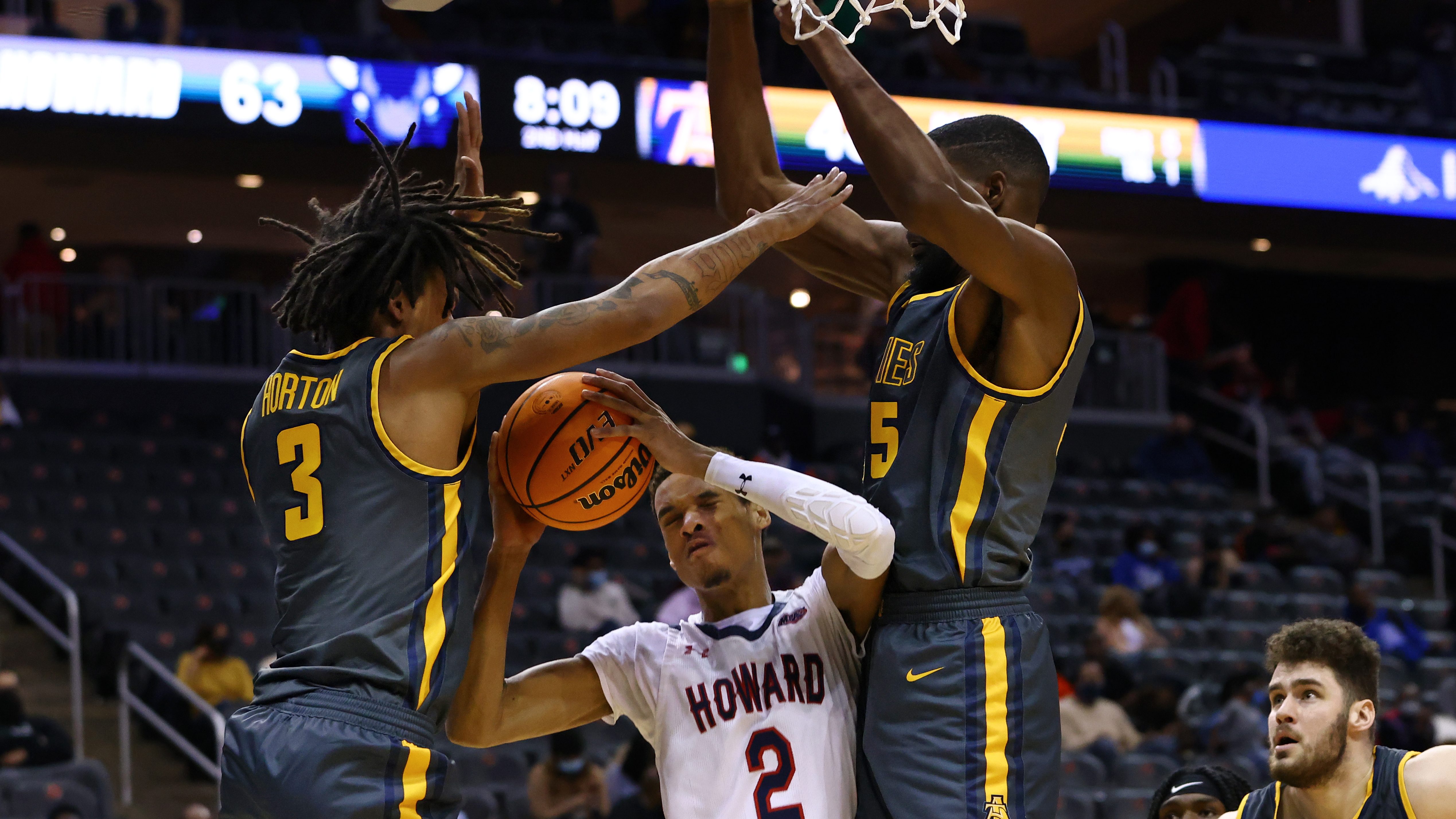 Jackson State’s 2022 team will compete in the SWAC tournament beginning March 9 in an attempt to break out of the middle of the pack to win the championship.

JSU assistant men’s basketball coach De’Suan Dixon said he has enjoyed having Lee around. “A lot of times we just sit around and talk about basketball. I also pick his brain … because I’ve been knowing him since middle school. I ask him questions like what he is doing now or what’s his next move,” Dixon said.

When he’s not coaching or volunteering, Lee is building his brand. Lee’s platform has allowed him to connect with other influencers, ranging from NFL and NBA athletes to content creators such as Larry “Bone Collector” Williams, who has 1 million Instagram followers and is known for “breaking ankles” in streetball.

Lee’s viral video gave him the publicity he needed to network with other social media and sports industry professionals. He said establishing himself on any social platform would have been challenging without the attention.

Lee’s connections allowed him to play in a celebrity basketball game that included rapper Lil Boosie and former NBA player Monta Ellis. As Lee gained exposure, he got a chance to meet producer and actress Vivica Fox, and other opportunities he believed wouldn’t have happened without his sudden social media attention.

At 25, Lee could go any number of directions for his next career venture. He wouldn’t mind a stop in music. He plays the piano and performs live with his musical group, Thomas & Friends, at restaurants and bars around Jackson.

For Lee, he has made the most of his opportunity. The guy many know as “Snacks” still embraces the nickname he received from coaches and players when he started his team manager position during his undergrad days. His bond and love for the Jackson State Tigers have blossomed since his aunt took him to JSU games and events as a kid.

“Snacks” is more than a comical nickname. It’s the start of a brand that Lee said he hopes will represent him and his many talents.

“As I grow my platform, I want it to allow me to be versatile. I want to be able to balance music and sports. Ideally, I want to create a foundation that doesn’t only cater to mentoring, but arts, athletics and music,” Lee said.

Next up on Lee’s to-do list is a podcast he plans to launch called Snackin’ With Snacks that will feature roundtable discussions with influencers, NBA coaches, NFL players and local business owners. It’s his goal to highlight the adversities professionals in the public eye face as a way to inspire others.

“You always want to strive to be better and better,” Lee said. “I want to continue to grow my platform and I embrace the challenges that come with it. I continue to find ways to be innovative, build my brand, network and take advantage of opportunities.”

Joshua Edwards is a journalism and media studies major at Jackson State University. He’ll often argue that WingStop is the best fast food restaurant in existence – solely because he has an addiction to them.