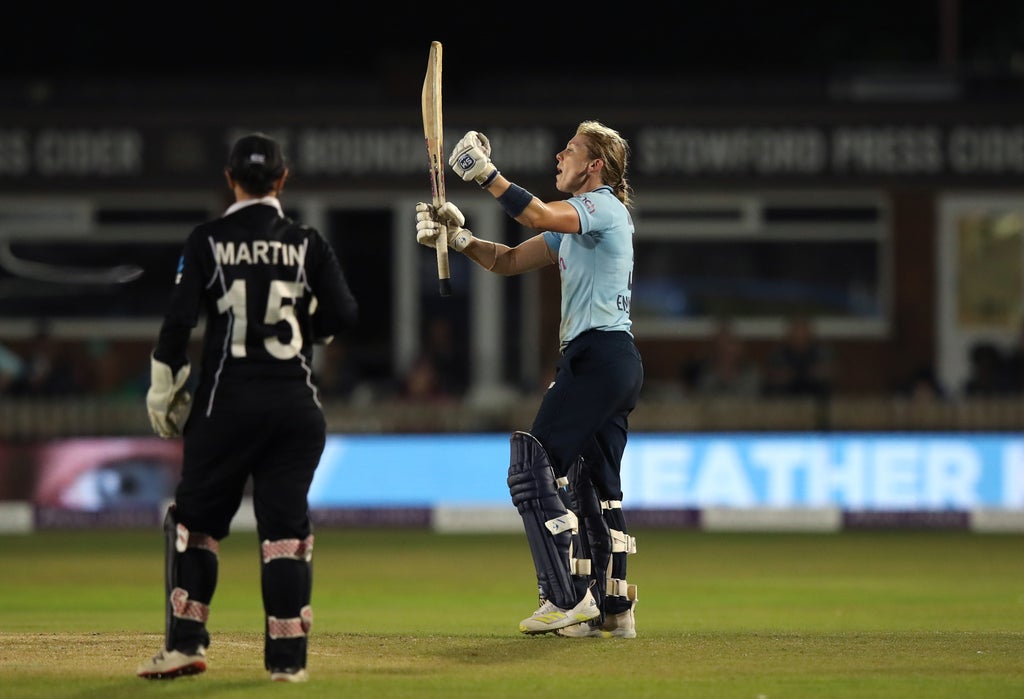 Captain Heather Knight has waited more than four years to score her second one-day century in England colours but delivered in style against New Zealand.

Knight’s 101 ensured England won a nerve-racking series decider in Derby and posted a new record chase for her side in the process.

Knight’s first 50-over ton came back in the triumphant 2017 World Cup campaign and it has been a longer wait than anyone would have expected for her to repeat to trick.

Set a target of 245 in the fourth ODI – a new high watermark for England Women – Knight knew she had to do something special a mini-collapse left the hosts 71 for three.

And she responded, exuding authority and skill as she piled on 101 in 106 deliveries. She was in full control for so long, the only real surprise came when she fell with the finish line in fight.

There were still eight needed from 10 balls when Knight was caught in the deep off opposite number Sophie Devine, with England eventually sneaking over the line courtesy of a wide three balls from the end.

Sophie Ecclestone was stumped off that delivery too, but with the game over as soon as the umpire signalled the wicket was lost with the game.

“I’m really pleased tonight. It’s a bit of a monkey off my back because I haven’t had an ODI hundred since that first one in 2017,” she reflected after claiming an unassailable 3-1 lead over the White Ferns with one to play.

“We haven’t been at our best as a batting group for the last couple of games and I was desperate to be the one to score a big one for the team and get us over the line.

“You try to win each ball, not think too far ahead, but I knew I was going to have to bat long here. As a side if we bat 50 overs we’re generally going to chase that down, and as soon as I got in I wanted to be the person to get a big one.”

Had Knight finished unbeaten things would have been considerably calmer at the close, but her exit was followed by that of Danni Wyatt and it almost went all the way to the wire.

Ever the perfectionist, Knight was kicking herself for opening the door.

“I was super frustrated to get out with that many needed to win,” she said.

“I wanted to be really ruthless and finish the game so it was a bit annoying that I made it nervy for everyone. I’m just really pleased we got over the line, albeit in a slightly strange way with a wide.

“I got a few expletives out my system sat on the bench. I hate watching, I much prefer being in control out there.”