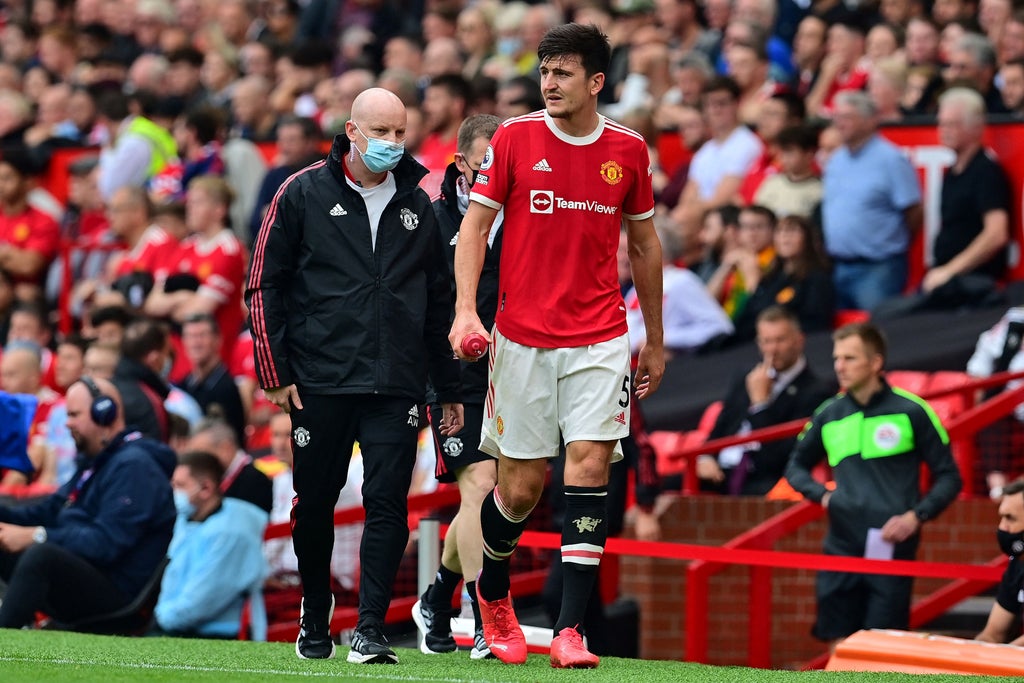 Harry Maguire expects to be back in action for Manchester United in the near future.

The centre-back has missed United’s last two games with a calf injury and was unavailable for England’s World Cup qualifiers against Andorra and Hungary.

He is again set to be absent for Saturday’s Premier League trip to former club Leicester but hopes to return to training soon.

The 28-year-old told the club’s website: “It’s getting there. I still haven’t trained yet with the squad but I am getting better, I am progressing as I should be.

“It is obviously a frustrating injury for me to get, but I am progressing and I will be back on the pitch soon.”

Both of United’s first-choice centre-halves are currently injured with Raphael Varane having sustained a groin problem while on international duty with France.

He is expected to be sidelined for a few weeks.

On a more positive note for United, Marcus Rashford and Phil Jones have both trained throughout the international break having stepped up their recoveries from long-term injuries.

Both could come into contention for this weekend’s game at the King Power Stadium.