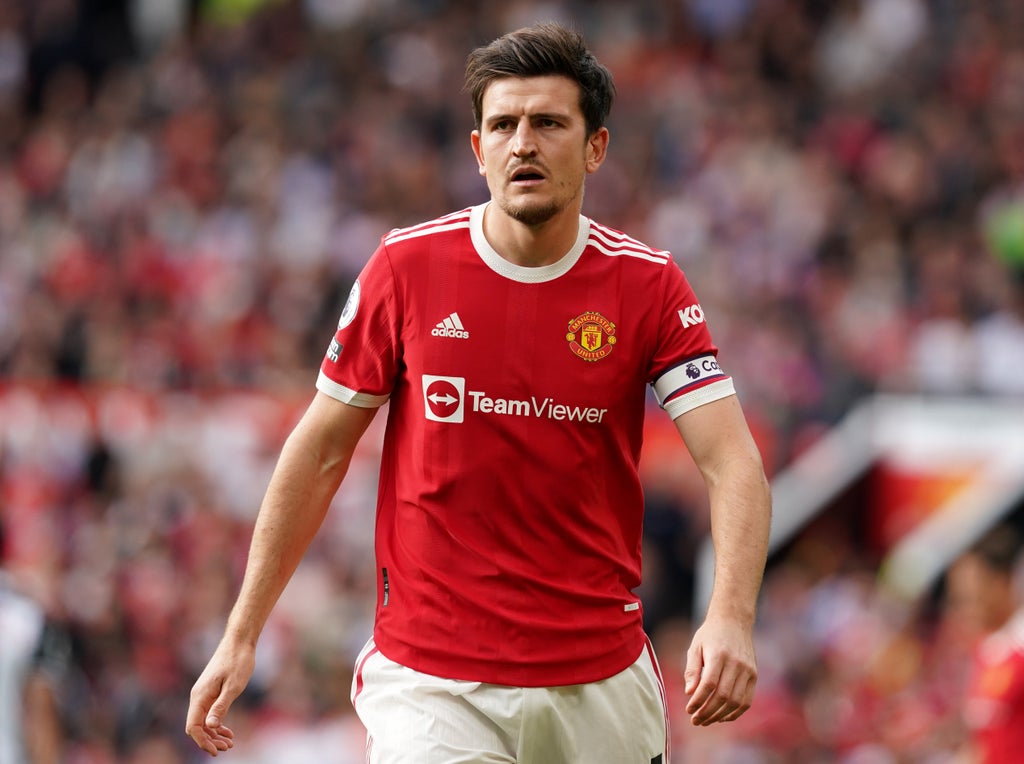 Harry Maguire says Manchester United’s players “let down” boss Ole Gunnar Solskjaer and the fans against Liverpool but is confident the squad can bounce back.

United were beaten 5-0 by their arch-rivals at Old Trafford on Sunday, Liverpool’s biggest away victory against the Red Devils.

With Solskjaer under intense scrutiny, United – who have taken one point from their last four Premier League games and are seventh in the table – are preparing for a trip to Tottenham on Saturday.

Maguire, who apologised to the fans immediately after Sunday’s match, said in an interview with United’s official website ahead of the Spurs fixture: “As players we let the management down, we let the staff down and we let the club down, but most importantly we let the fans down.

“We know we’ve got to improve and I can assure you we’re doing everything we can and giving everything day in, day out to make sure that we improve on these performances, and I’m sure we’ll come through this difficult period and kick on again.”

Maguire admitted it had been a “tough week” following the Liverpool game, said there had been “big discussions” on the back of it.

“It’s been a tough week obviously, you can’t just brush these things aside, especially when you lose to your rivals,” the 28-year-old England defender said.

“To lose in the manner that we did was so disappointing. We’ve obviously had big discussions, we’ve analysed the game and the goals and looked at how we can do better and improve.

“That’s the most important thing now, we need to come together as a group and a club.

“We know as a group of players we need to make sure we’re together and we’re positive. It’s a tough one to move on from but we need to move on. There are lots of games to play…it’s a season in which we know we can still achieve things.”

Maguire added: “We have a lot of experience in our dressing room and a lot of leaders. We’re open, we’re men and we can take someone pointing the finger at us, but one thing is for sure and that’s that we all know we’re in this together, there’s no blame game.

“Everyone has to look at themselves individually and look at where they can improve and help the team, that’s what I’ve been doing and I’m sure that’s what every player has been doing in the dressing room.

“That’s the only way forward, we stick together, we move on and we improve.”