By Robert Dineen For The Daily Mail

A set of never-seen-before photographs from Harry Kane’s childhood suggest the England captain had designs on the national team’s armband even as a 14-year-old.

The first in a set of the young Kane shared exclusively with Sportsmail shows the Tottenham icon wearing a replica England jersey and armband while attending a private five-a-side tournament.

Another photograph taken from the Kane family archive reveals how he was playing with his head up even aged seven with his boyhood club Ridgeway Rovers in Chingford. 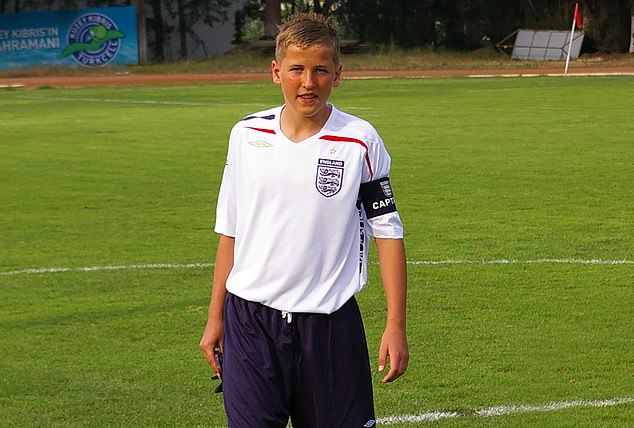 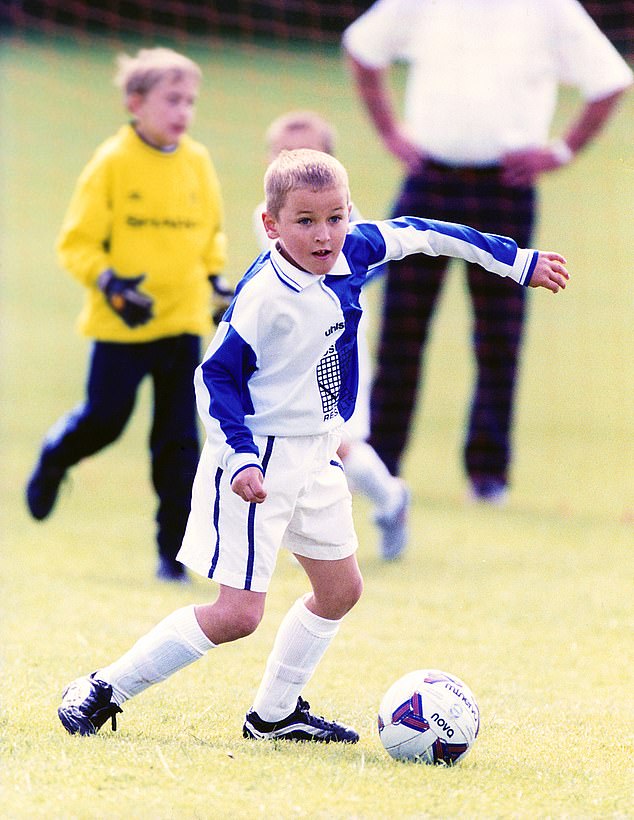 Kane as a seven-year-old playing for Ridgeway Rovers, his boyhood club in Chingford, north-east London

And his passion for England is shown in a holiday snap with father Pat and older brother Charlie, in which both boys are wearing the Three Lions jersey.

The photographs form part of a new exhibition celebrating Kane’s career at the Museum of London, which will run until December to coincide with the World Cup.

It includes other family photography, memorabilia and family items, including a scrawled note from the five-year-old Kane which gave the exhibition its name: I want to play football.

One area of the exhibition is designed to look like a dressing room, with listening posts playing Kane’s preferred pre-match tunes.

They include three Ed Sheeran songs, Shivers, 2Step and Peru, which Sheeran recorded with Fireboy. The other tracks are El Incomprendido by Farruko, Victor Cardenas & DJ Adoni and Jack Harlow’s First Class. 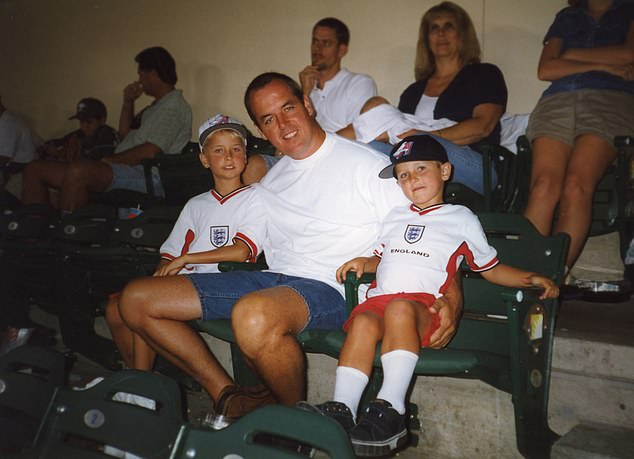 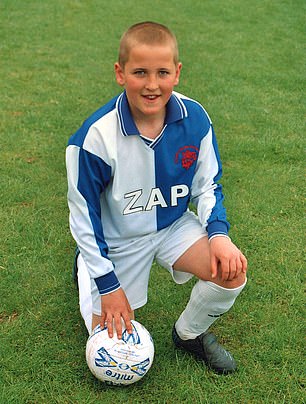 Kane was named in the England squad for their four forthcoming Nations League fixtures on Tuesday, two days after helping Tottenham Hotspur reach the Champions League.

The 28-year-old has enjoyed a hugely successful career but it did not always run smoothly early on.

Arsenal let him go as an eight-year-old and he returned to season Ridgeway Rovers before Tottenham snapped him up aged 10, while Spurs sent him out on four loan spells as a young striker.

Writing on social media on Tuesday, Kane said that he hoped the exhibition would tell his personal story in a way that served as an inspiration to others.

‘My hope is that by sharing some personal items and my story I can encourage people, particularly youngsters to be their best and never give up on their dreams,’ he said. 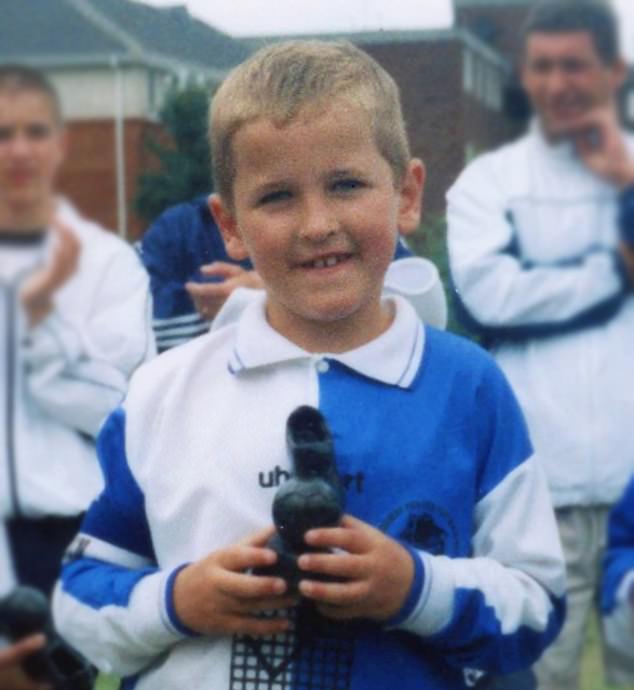 Kane, aged seven, after winning a mini trophy while playing football on holiday

Harry Kane: I Want to Play Football was the brainchild of its curator Zeynep Kuşsan, a Tottenham fan herself, who was inspired to commission it after witnessing the feel-good effect that England’s Euro 2020 adventure had on the country.

‘We wanted to celebrate Harry’s story and document his career but also take the grassroots element of his journey through football and bring it to the exhibition,’ she said.

‘I want children to feel inspired and no matter how difficult it can get to achieve their dreams, it is possible for them to get to where they want to be.’

Harry Kane: I Want To Play Football runs until December 2022 at The Museum of London. Entry is free. The museum is open seven days a week from 10am to 5pm.