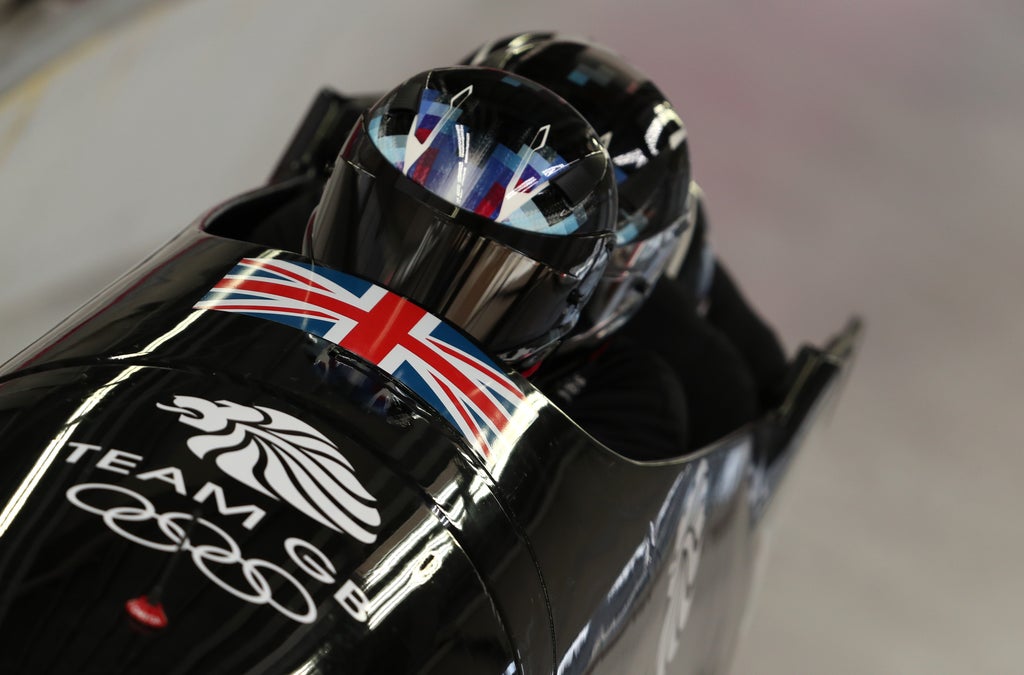 Greg Rutherford’s audacious bid to become a Winter Olympian has been vindicated by veteran British bobsleigh pilot Lamin Deen, who says he was left “gob-smacked” by the former long jump star’s aptitude for the sport.

And despite admitting to initial reservations, Deen, 40, says Rutherford’s impact has already been so profound that he has earned his right to form a part of his crew for the Winter Games in Beijing in February.

Deen said: “We sent Greg down to work with the coaches and within a week he had learned how to perform in a two-man sled.

“When I saw the footage I was gob-smacked – usually it takes four or five sessions, but he grasped it in the first session and he just kept getting better.

“We took him down to Bath to see how he’d get on with the four-man, and within one session he was blasting it off and jumping on the side and I thought ‘wow, I’ve never seen anything like it’.”

Deen had been contemplating retirement after a disappointing 18th place finish at his second Olympics in Pyeongchang in 2018, a result which contributed to the stripping of all remaining UK Sport funding from the GB bobsleigh squad.

But having scraped together enough private funding, Deen, who in June was retrospectively upgraded to become Britain’s first four-man World Cup gold medallist at Whistler in 2017, was convinced to commit to another cycle – and was subsequently boosted from a wholly unexpected source.

“At the end of last season I was having a coffee with Kaillie, a mutual friend of ours, at the World Championships in Altenberg,” recalled Deen. “She said she’d been speaking to Greg about getting involved and how he would be good for my team.

“We exchanged a few messages on social media and said we should have a chat, then I forgot all about it. Then my phone rang one day and it was Greg.

“We spoke for a good hour and a half. At first I was doubtful that he could make it in the time-frame, not just physically but in terms of having the attributes to learn about the four-man sled and loading, and everything else that comes with it.

“A lot of people thought it was a publicity stunt, but it isn’t. I told him, ‘if you don’t make the grade against these guys who’ve been doing it for years, I’m sorry, but you won’t be able to do it’.

“But he did the business. He earned his right against veterans and made the squad and this is where we are today.

“He’s a heavy guy and he’s very powerful. The explosive power from the block is what we’ve been lacking and he’ll definitely bring that. But he’s also just so keen and full of energy that it rubs off on anyone.

“To have someone who had achieved so much, it inspires even the veterans.

“I’ve been among many four-man teams in my time, but you can just see that everyone is glowing. It’s amazing to see their sheer motivation. Everyone wants the same thing and I’m excited.”

While Rutherford and the rest of Deen’s team remain in Europe preparing for the start of the World Cup season in Innsbruck next month, Deen is currently in Beijing where he is getting to grips with the new Olympic track.

Quashing any prior concerns about lack of access – Deen believes he will have more opportunities to test than prior to Pyeongchang four years ago – he is confident the track has the right attributes to put himself and his new-look, Rutherford-inspired team in contention.

“The track isn’t as dangerous as I’d like it,” laughed Deen, a Grenadier Guardsman who has seen service in Northern Ireland and Bosnia.

“I usually do better in places where everyone else is scared and I just go with it.

“But it’s a very exciting track. It’s a lot better than Pyeongchang for me. I know that when I get to the start line at the Olympic Games, I’m going to be one of the fastest from the top, without a doubt. And I know what I have to do as a pilot to carry that speed through.”