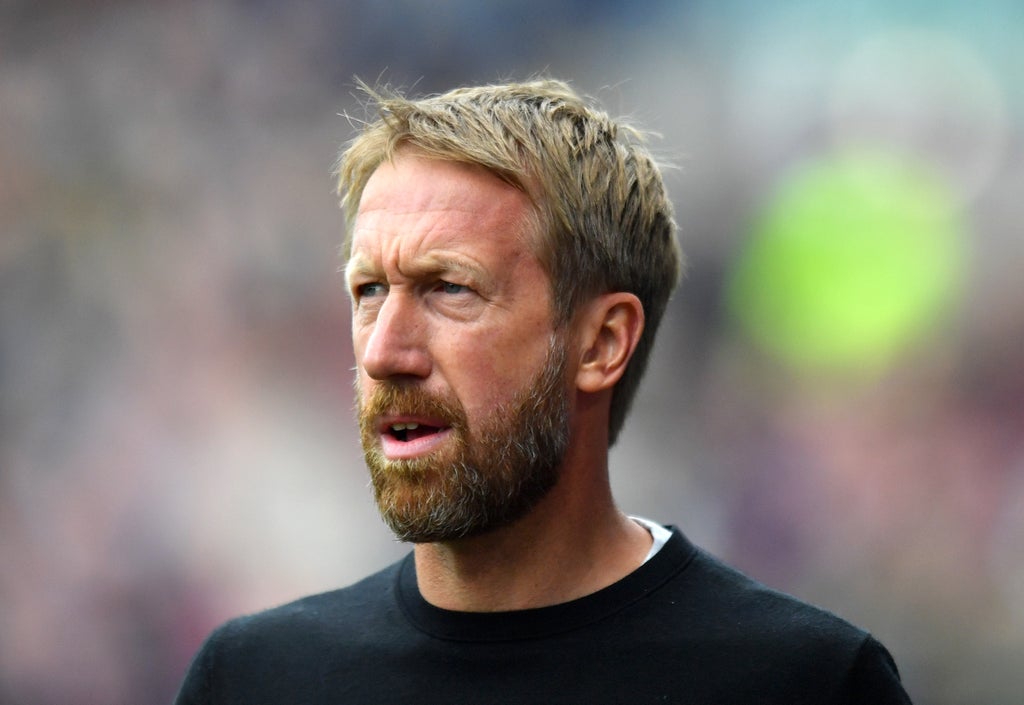 Brighton boss Graham Potter has praised Patrick Vieira for risking damage to his Premier League legacy by taking the Crystal Palace job and believes his rival manager is destined to become a “fantastic coach”.

Former midfielder Vieira established himself as a star of English football with Arsenal between 1996 and 2005, lifting three league titles and the FA Cup on four occasions.

Potter is set to pit his wits against the France World Cup winner on Monday evening when his Seagulls side take on fierce foes Palace at Selhurst Park.

And he believes it is exciting for football to have great players such as Vieira and Rangers boss Steven Gerrard continuing their careers in the dugout.

“They are putting themselves there to be shot at or to fail, because just because you’ve been a top player doesn’t mean you’ll be a top coach,” said Potter.

“But the fact that they are on that path is commendable and admirable. They will need the right support and opportunities. But for the game I think it’s important to have those guys involved as long as we can.

“It shows their intelligence, it shows their humility. Both of those guys are some of the best players to play in the modern era.

“You have good days and bad days. You have failures. It’s how you deal with them. Keep going. Keep improving. But Patrick has shown those characteristics all his career.

“He can apply them to management, I’m sure. He’s an intelligent guy. I’ve no doubt he’s going to be a fantastic coach.”

Vieira succeeded Roy Hodgson as Eagles boss in July, having taken his first steps in management with MLS side New York City and French club Nice.

The 45-year-old has picked up five points from as many games so far, while Brighton are flying high on the back of four wins and just one defeat.

However, Potter is still searching for his first victory over Palace as Albion head coach following two home defeats and a pair of away draws.

He says the significance of the fixture has become more apparent since his arrival at the Amex Stadium in 2019 and admits the pain of recent results still lingers.

“I’ve become more aware since I’ve been in the job,” he said.

“It’s a strange one, because in the first year there were crowds, people were around more, there was more interaction with people from outside and you get more stuff: ‘Make sure we beat them’, that type of talk.

“Because we’ve been in bubbles since then, you have less of that. It’s not quite the same.

“The first game at Selhurst Park, the atmosphere was great. You feel it at the ground and that was probably the moment where you think ‘OK, this is a nice, tasty match’. And it’s exciting.

“For both sets of supporters it’s just wonderful to be there, to experience the game.

“We want a good game in a good atmosphere and try to be as positive as we can. But I understand the feeling, the passion.

“The two games last year, we were scratching our heads a little bit as to why we only picked up one point, because we felt we played really well at Selhurst Park and then at the Amex.

“That’s still there in the mind. We just need to not worry about what’s happened and try to enjoy it. We’ll do our best.”