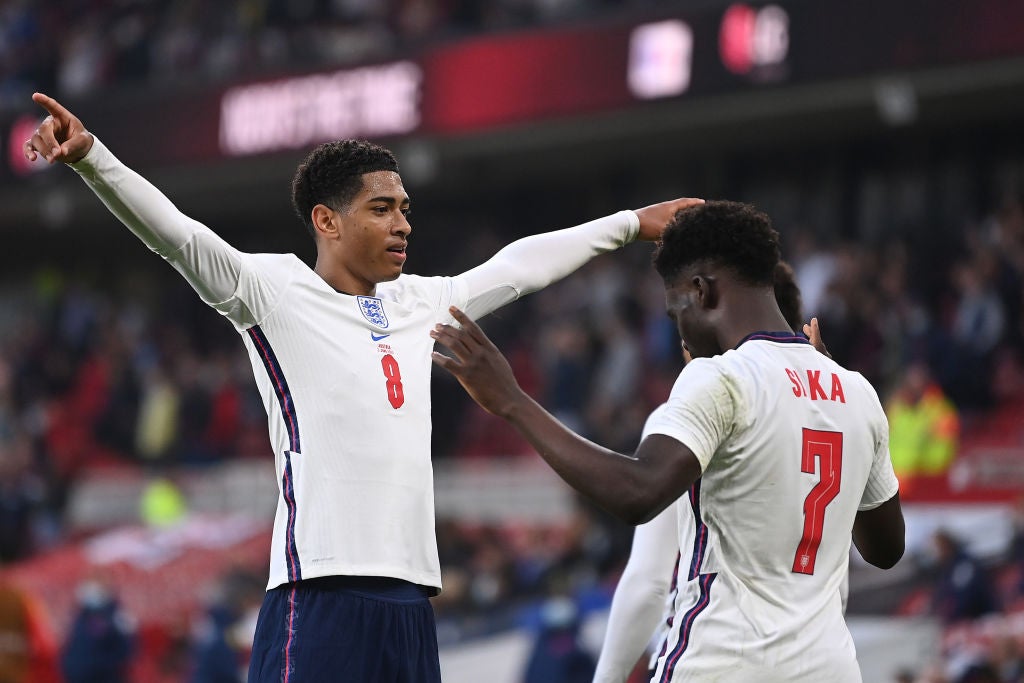 Three English players have been named on the final 20-man shortlist for the Golden Boy 2021.

Manchester United’s Mason Greenwood, Arsenal’s Bukayo Saka and Borussia Dortmund’s Jude Bellingham are all in the running after the original 100-strong list was gradually culled.

Additionally, two further Premier League-linked players are on the list: Tottenham’s Bryan Gil and defender William Saliba, who is on loan at Marseille from Arsenal.

They will be up against the likes of new Real Madrid signing Eduardo Camavinga, Barcelona and Spain starlets Gavi and Pedri, Liverpool-linked RB Salzburg forward Karim Adeyemi and Bayern Munich’s Jamal Musiala.

Bellingham’s Dortmund team-mate Gio Reyna is another on the shortlist, while another BVB star, Erling Haaland, won last year’s edition.

The last English player to win the award was Raheem Sterling in 2014, while at Liverpool.

Kylian Mbappe, Paul Pogba, Lionel Messi and Wayne Rooney are among the previous winners of the award, which started in 2003.

The award, originally started by Italian outlet Tuttosport and now voted for by several major media organisations across Europe, is handed out to the best under-21 talent playing in one of the continent’s top divisions.

Only one defender has ever won the award, Matthijs de Ligt, then of Ajax, in 2018.

The full shortlist of 20 players is as follows: