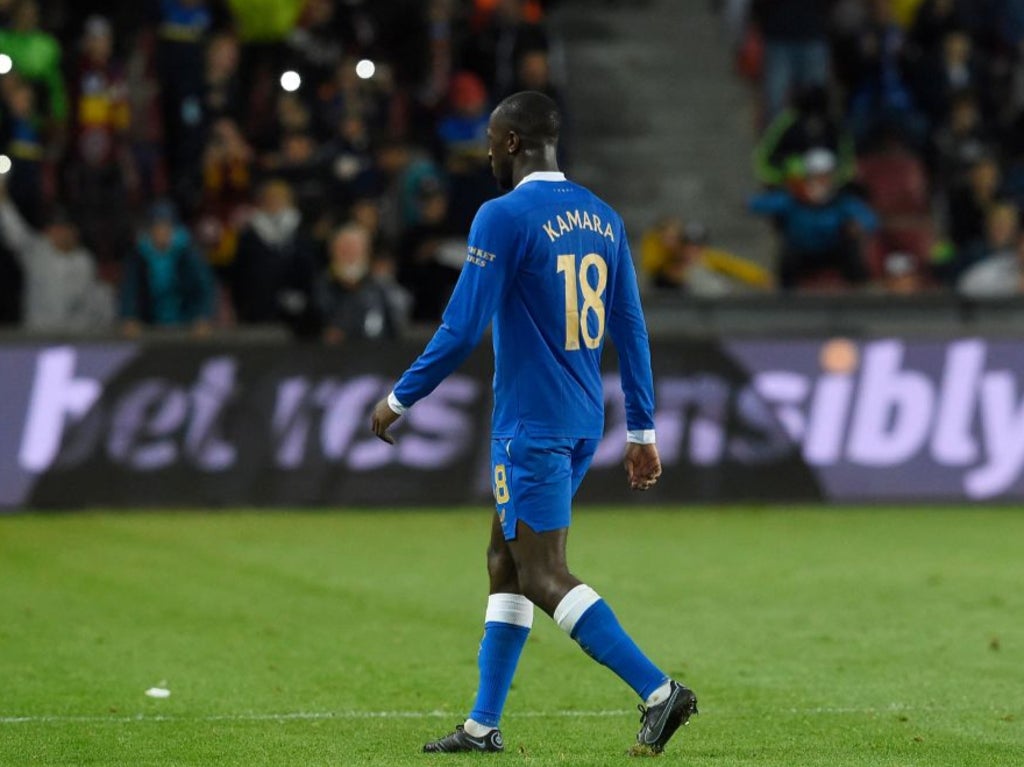 Glen Kamara was routinely booed in a stadium full of schoolchildren and then sent off as Rangers fell to a 1-0 Europa League defeat against Sparta Prague.

Kamara was clearly targeted by some of the 10,000 fans six months after being subjected to abuse by Slavia Prague defender Ondrej Kudela, which earned the Czech Republic defender a 10-game UEFA ban.

The Letna Stadium was originally meant to be shut for this game following a separate racist charge against Sparta after Monaco’s Aurelius Tchouameni was subjected to abuse last season.

UEFA instead agreed to a proposal for the game to go ahead in front of mainly schoolchildren with some accompanying adults, but booing was audible any time Kamara touched the ball.

The biggest cheers of the night outside the one which greeted David Hancko’s first-half headed goal came after Kamara received both of his yellow cards for fouls on Michal Sacek.

The Finland midfielder, who served a three-game ban following an alleged assault on Kudela in the Ibrox tunnel, was booked just before half-time for a tackle. He was harshly penalised in the 74th minute when Turkish referee Ali Palabiyik ruled his arm had been raised dangerously in an aerial challenge.

Rangers were already struggling to get back into the game and the 10 men could not avert a second defeat out of two Group A matches.

Steven Gerrard’s side had an early warning when Allan McGregor pulled off an excellent one-handed stop from Jakub Pesek.

The visitors had a decent spell with Fashion Sakala’s pace and skill causing Sparta problems. Joe Aribo saw a header cleared from the goalmouth and Leon Balogun headed wide from 10 yards.

McGregor again came to his side’s rescue when he saved from Martin Minchev after James Tavernier’s wayward pass put Rangers on the back foot.

Hancko netted in the 29th minute after getting ahead of marker Calvin Bassey, who was playing in central defence in the absence of Connor Goldson. The defender glanced a brilliant header in off the far post with goal-line technology alerting the referee to the goal after McGregor had scooped the ball away from behind the line.

Rangers suffered another blow when Juninho Bacuna went off injured in the 38th minute, although they had Ianis Hagi to come on.

The visiting defence was in disarray in the opening 10 minutes of the second half, letting their opponents in behind three times. McGregor pulled off one save and had a let-off when Pesek hit the bar from an open goal.

Sakala had the ball in the net in between home chances but he was clearly offside as he pounced on the rebound from Balogun’s saved header.

Rangers struggled to create clear opportunities and Kamara’s red card further reduced their chances. They had some late pressure but Sakala strayed offside again from their most promising opening.