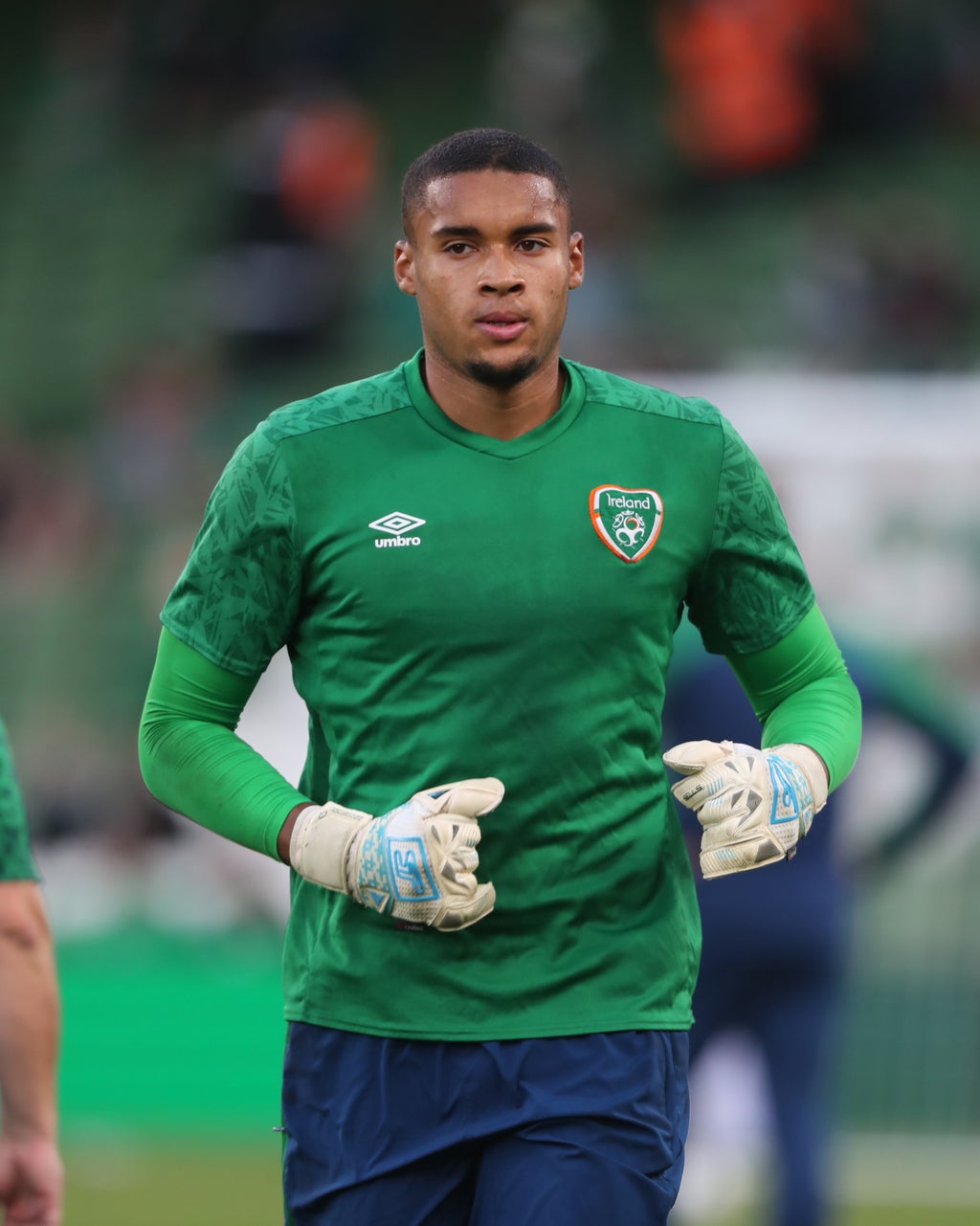 Gavin Bazunu has vowed to learn all he can from Ederson after watching him change the way football is played.

The Manchester City goalkeeper, already renowned for his distribution skills, produced a stunning long-range pass to put Phil Foden in behind the Liverpool defence in Sunday’s 2-2 Premier League draw at Anfield.

Nineteen-year-old understudy Bazunu is currently on loan from City at League One Portsmouth, but is looking on intently as the Brazilian redefines the art of goalkeeping.

Asked on international duty with the Republic of Ireland if he had that range of passing, Bazunu said with a smile: “I’m working towards it, definitely.

“He’s a special goalkeeper. He’s changed the way the game is being played and I definitely take a lot of learning from the way he plays.

“Obviously I want to have my own build, but the way he has changed modern goalkeeping, there’s a lot of things, a lot of positives I can take from his game and try to add that to mine.”

With Ederson and Zack Steffen ahead of him in the pecking order at the Etihad Stadium, Bazunu has opted to gain experience out on loan, at Rochdale last season and Pompey this time around.

The move had paid dividends with the teenager having established himself as Ireland boss Stephen Kenny’s number one with the regular football he has had perhaps leaving him better prepared for the task than Caoimhin Kelleher, who is having to make do with a seat on the bench behind Ederson’s compatriot Alisson Becker.

Bazunu said: “My opinion was always game-time, that was most important and it’s why I went on loan to Rochdale and now Portsmouth.

“I’m 100 per cent sure that I wouldn’t be anywhere near the position I am now without having that backing of games and having that experience and this confidence, just because of the amount of games that I’ve got under my belt.

“For me, playing games is the most important thing.”

Bazunu has made no secret of the fact that he wants to be City’s number one at some point, and he knows there will be a point in the near future where that could mean a tough decision between game-time elsewhere and pushing for a chance closer to home.

He said: “I’ve not made a decision on that yet, but my priority will always be to try and get as many games as I can because at the end of the day, I don’t want to be sitting on the bench, I want to be out playing week in, week out if possible.

“But if the best thing for me is to be in or around the squad learning every day and training with Xabi [City goalkeeping coach Xabier Mancisidor Macazaga], if that’s my best opportunity to become Manchester City number one, then I’d have to consider that in the future.”