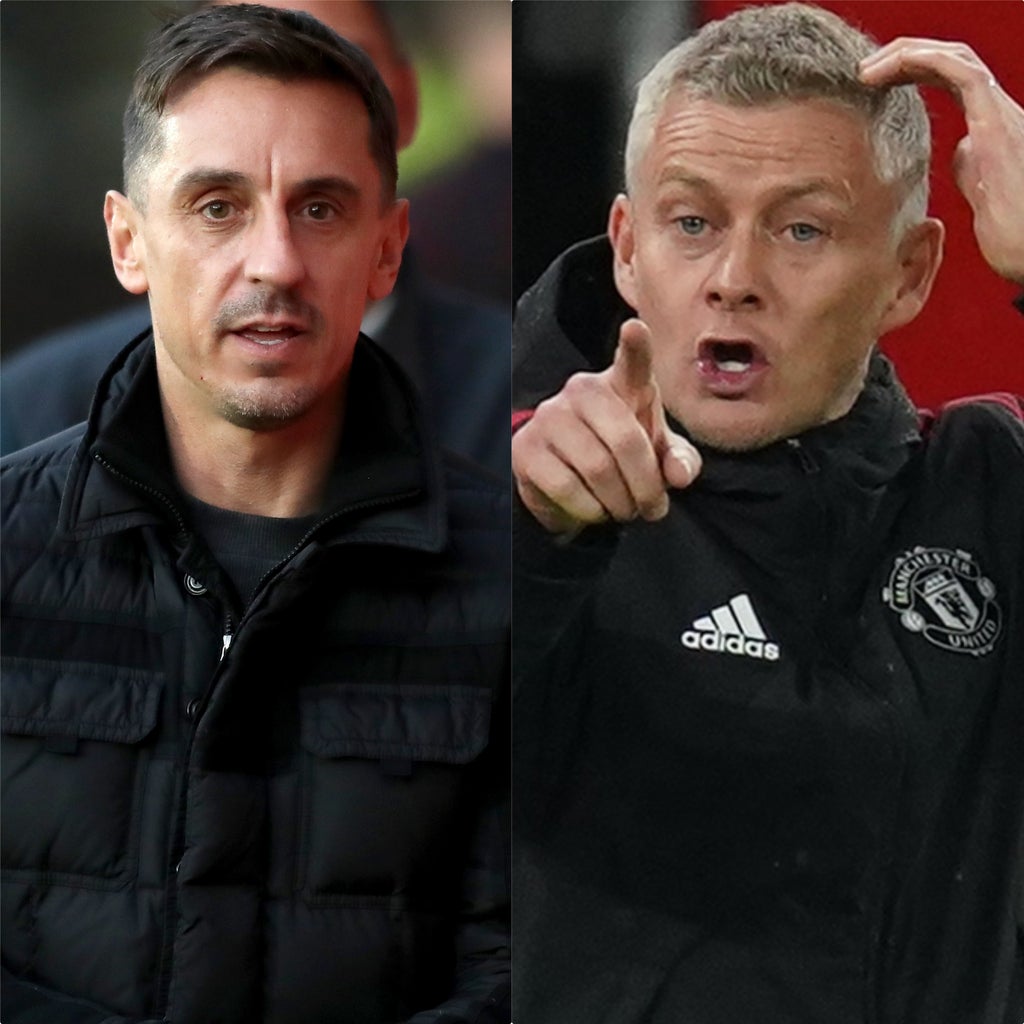 Former Manchester United defender Gary Neville described the 5-0 home loss to Liverpool as a “monstrous day” for the Old Trafford club but was confident they would not be looking to sack boss Ole Gunnar Solskjaer.

Neville, working as a pundit for Sky Sports, said after the match: “I didn’t think it would ever get as bad as that today.

“That was an absolute shocker, and the timing couldn’t have been worse because it has been building now for a few weeks, against what I’ve called half-decent teams. As soon as they’ve played a proper team they’ve been obliterated, pulled to pieces, dismantled.

“This is a monstrous day for Manchester United. Losing 5-0 at home against Liverpool? The board are unequivocal in their support for the manager, but that is going to put an enormous amount of pressure on the board.

“Something has got to change in that dressing room and with that coach very quick, because they can’t keep losing games like that.”

Neville added: “If you lose a game against Liverpool 5-0 at home, you’re going to come under horrific pressure.

“I think the club will hold their nerve. I don’t think they have planned for a new manager in this season. I think they’ll sit with Ole to the end of the season.

“I know there will be a massive outcry from fans, from media, from everybody that Ole Gunnar Solskjaer should be sacked, and I can understand that after that game. That was a monstrously bad day.

“I think now might be the time for them (the owners) to communicate with the fans if they are going to back the manager over the next six to eight months, which I think they will.”

Goals from Naby Keita and Diogo Jota put Liverpool 2-0 up in the opening 13 minutes before Salah added a brace towards the end of the first half and then completed his treble in the 50th minute. United were then reduced to 10 men just after the hour mark when substitute Paul Pogba was red-carded.

The result leaves United eight points behind leaders Chelsea in seventh place, while Liverpool are second, a point off the top.

Former Liverpool defender Jamie Carragher who was alongside Neville in the Sky studio, was critical of United’s backline, saying: “That’s just a joke of a back four, the way it is playing. It was just a mess, Keystone Cops kind of defending.”

Former Liverpool midfielder and manager Graeme Souness said: “They (Liverpool) were clinical, they were fabulous at times.

“I think it’s one of those, if you’re a Liverpool supporter – ‘I was there that day’. I’ve said before…it’s never easy for Liverpool coming here, but it certainly was today.

“It is a sad, sad day for United, but fair play to their supporters, because the vast majority stayed until the very end and supported their team.”