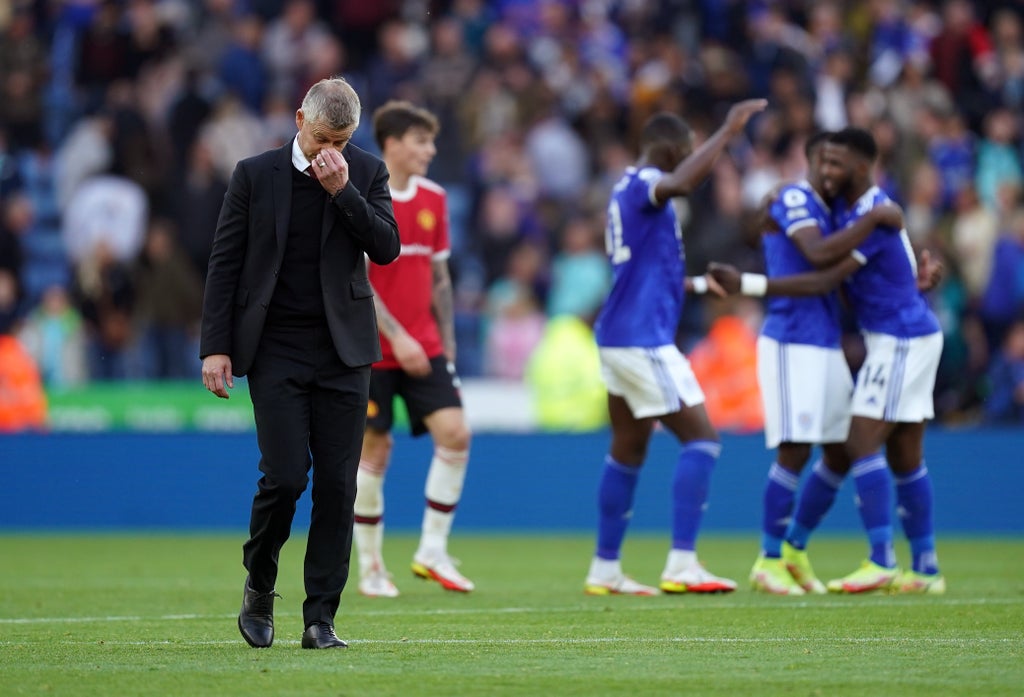 United lost 4-2 at the King Power after conceding three goals during a dismal second half, and Neville said the pressure is building on his former teammate Solskjaer after making a mistake in rushing captain Maguire back from injury to play in the game.

“It’s not just the goals, generally he was nowhere near it,” Neville said of Maguire’s performance, speaking on Sky Sports’ Monday Night Football. “[Eric] Bailly should have played alongside [Victor] Lindelof, that was [Solskjaer’s] biggest mistake. He had not played for four weeks.

“Manchester United were appalling all the way through the second half. The big change came at half-time – I don’t know if Ole Gunnar Solskjaer has said ‘go higher up the pitch’, or whether the players have gone a little bit rogue – but they are stretched, they are baggy. The front of the team and the back of the team are disconnected,

“The front five, the egos, the great players, the world-class ones, and the back five – disconnected. So individual errors, Maguire struggling, and a disconnected team.”

Neville also said United lack an “identity” under Solskjaer, who must now find a way to balance their many high-quality attacking players in the same team. “They play in moments, they haven’t got a style, they haven’t got an identity, and they rely on moments of individual brilliance,” Neville said.

Meanwhile Rio Ferdinand believes public criticism from Paul Pogba suggests there is “underlying frustration” at United but does not expect a “knee-jerk” reaction regarding the future of manager Solskjaer.

United have taken a single point from their last three Premier League games following Saturday’s chastening loss at Leicester, prompting intense scrutiny of Solskjaer’s position. Pogba admitted the defeat at the King Power Stadium was deserved, while attributing it to long-standing issues and a lack of maturity.

Former United defender Ferdinand feels the France international’s comments are concerning and “pose questions” about the current mood at the club.

“It doesn’t sit well with me. If I was in a changing room and a team-mate had said that, I wouldn’t be happy, I’ve got to be honest,” Ferdinand told the Vibe With Five podcast. “I’d be straight in, saying: ‘What does that mean? I don’t quite understand what you’re saying,’ unless I actually agree.

“Pogba’s an honest guy, that’s what I like about Paul. He’s very passionate, wants to win, wants to be the best he can be. And that says to me that there’s an underlying frustration within the camp and he can’t hide it. He’s not hiding it.

“Normally you get bog-standard answers (to interview questions) but he’s said a few things there that pose questions.”