Gary Neville and Jamie Carragher agree on SEVEN players in their Premier League teams of the season… but who else makes the Sky pundits’ XIs as they run through MNF awards for 2021-22?

Jamie Carragher and Gary Neville have unveiled their Premier League teams of the year on Monday Night Football, with the Sky Sports pundits picking the same seven players and disagreeing on the other four.

Three of the four differences between their respective teams came at the back as Carragher picked Trent Alexander-Arnold, Joel Matip and Joao Cancelo.

Neville, however, plumped for Kyle Walker at right-back, Ruben Dias and Andrew Robertson – who the former Manchester United defender described as the ‘best full-back in the league by a mile’. 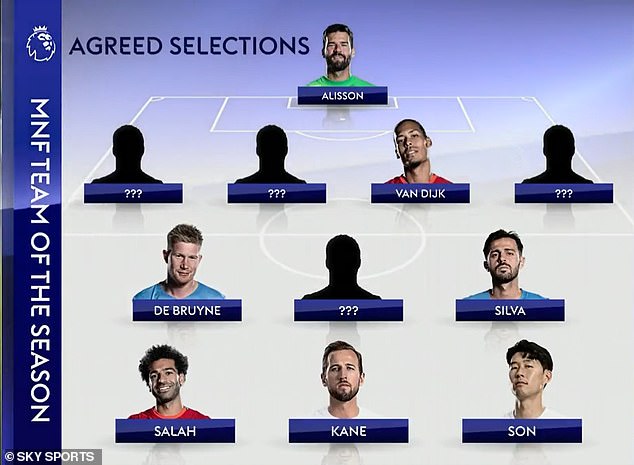 The other disagreement came in the middle of midfield as Carragher chose Declan Rice and Neville went for Rodri, who he claimed had been City’s top performer of the season.

The pair also gave out their Monday Night Football awards, where there was a difference in opinion over the player of the season – although neither selected Salah, the top-scorer in the league with 22 goals.

Carragher gave the award to De Bruyne, who has enjoyed another superb campaign for City under Pep Guardiola, and backed the Belgian to go on and be ‘one of the all-time greats in the Premier League’. 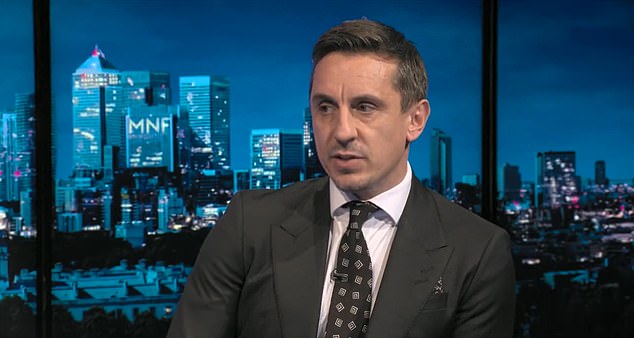 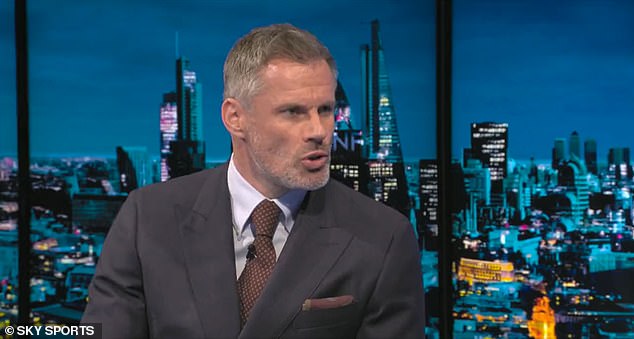 Neville, perhaps surprisingly, chose Son as he admitted that De Bruyne and Salah were ‘probably the two best players in the league’.

‘But Son doesn’t get the recognition he deserves,’ said Neville. ‘He could play for any team in the world – if he was available, any team in Europe would take him.’

The two pundits have been known to clash on Monday Night Football in recent years but were on the same page when it came to the young player and best coaching performance. 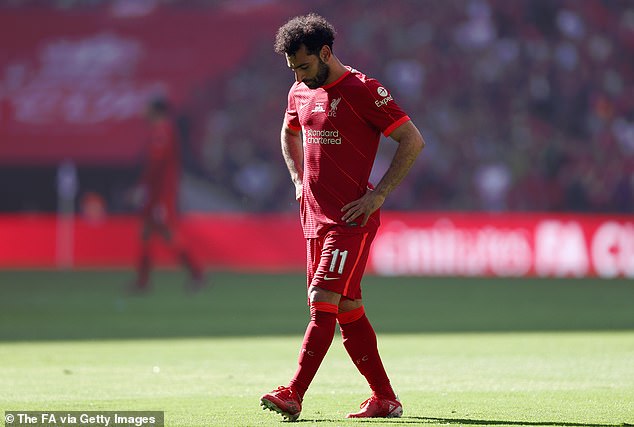 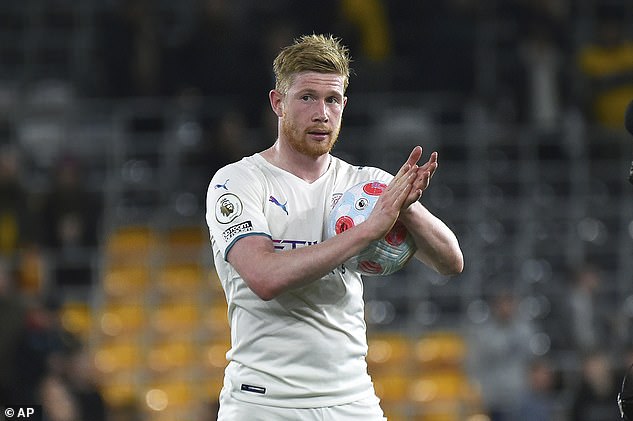 Rice got the nod for young player, with Carragher and Neville both praising the impact the 23-year-old had on West Ham this season.

‘He is the player that all the top English clubs want,’ Neville said, while Carragher labelled him as an ‘old-fashioned’ midfielder and likened him to United legend Roy Keane.

Liverpool boss Jurgen Klopp was picked by both ahead of Pep Guardiola for the best coaching performance award despite City being on course to win their fourth title in the last five seasons.

Carragher’s best new player award went to Spurs centre-back Cristian Romero as Neville picked Liverpool’s Luis Diaz, who only joined the Anfield club in January but who has made a significant contribution to their successful campaign.

On Diaz, Neville said he feared City would ‘win the league by 10 points’ when Liverpool were hit by the absence of Salah and Sadio Mane due to the Africa Cup of Nations in the early part of the year, but the Colombian forward’s performances had kept the Reds in the title hunt.

‘When Mo Salah does leave, as a Liverpool fan you are almost not going to be as sad as you have a ready-made replacement,’ Neville added.

The other discrepancy was in the best goal of the season prize. Neville chose Mateo Kovačić’s sensational volley from a standing position in January and Carragher went for Salah’s stunning solo effort in the 2-2 draw with City at Anfield in October.