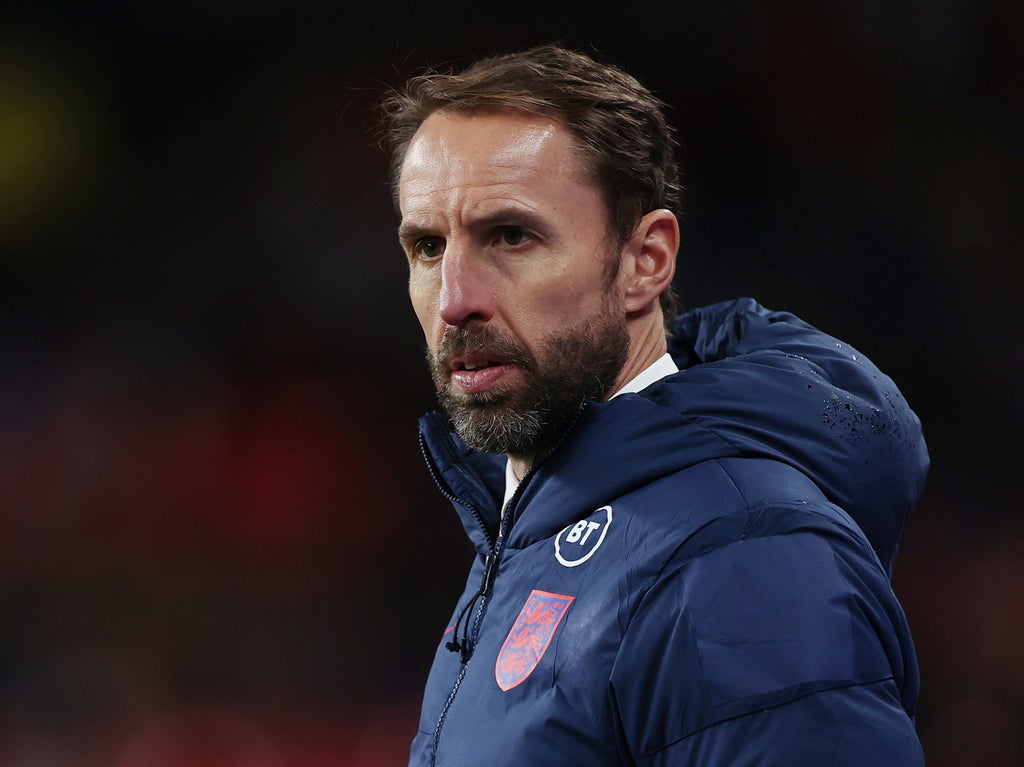 England are likely to start their 2022 World Cup cold, as Gareth Southgate warned that the demands of the calendar mean there will not be time for any friendly matches or even a proper warm-up camp.

The Premier League has confirmed its final fixtures ahead of a break will be on 13 November, a mere eight days before the competition is due to start. That will leave Southgate and his international counterparts with minimal preparation, having only had the September Nations League games before that.

“Ahead of the tournament, I’m not sure what that’s going to look like for anybody, but I would think it’s really unlikely that teams are going to be able to play a friendly,” Southgate said. “If you think about the Premier League teams playing on a Saturday or Sunday then you’d need three or four days before you’d play, and I think you normally have to be in the country five days ahead of a major tournament anyway. So, it might depend on which group we are drawn in and whether you are early in the tournament or a little bit later, but it’s going to be the same for everybody.”

Southgate did stress that his players have experience of this from regularly switching between major competitions for club and country.

“So, it’s going to be the teams that adapt best and we’ve got some experience of that with the Nations League and the European Championship where we had so many players involved in the Champions League final,” Southgate said. “So, at least we have been through that experience.”

England are meanwhile set for two home fixtures in the March break – with one expected to be against Germany and the other against top South American opposition – with that period also seeing the World Cup preparations become most intense for the manager.

“Well, clearly we are going to take on high-level opposition, so we’re looking to try to get good quality opposition for March and the Nations League will provide that. So, it’s going to be a good test for us of a better defensive challenge and having to play out and create chances against good defences, but we’ve had plenty of tough games through this calendar year with the whole European Championship, so it’s just building and improving in every aspect of our game basically.

“In terms of Qatar, we went two years ago for the World Club Championship so that was perfect for us. We had a look at the hotels that were possibilities then and we were there at a time when the climate was exactly what we’re going to face. So, I won’t go on the next trip, which some of the other staff will next month.

“They are going to look at one or two newer venues that have come onto the catalogue that you have to follow, but we’ve got a basic outline of where we wanted to be anyway. And then I’m assuming that I would go for the draw, which I think will now be April so that will be a chance to then double check some of those decisions.”

Southgate meanwhile reflected on what had so far been his best year as England manager, even if it often involved complicated circumstances.

“If I think back [over] the year, like everybody else we were in a lockdown for part of it, we were playing matches behind closed doors at the start. Every international is a major event. There’s the squad selection, which is quite intense when you’re going through all of that, the games themselves that were intense. To have a full championship and a full World Cup qualification campaign, we’ve had more matches than ever before I think. So, for everybody that’s been challenging, for the players it’s been a really, really intense couple of years for them.

“They’ve dealt brilliantly, they’ve kept that freshness and focus when they come with England and we’ve been able to create the environment where they can put things that are going on outside the England camps to one side and really flourish with the team. I’m very, very proud of what they’ve done.”