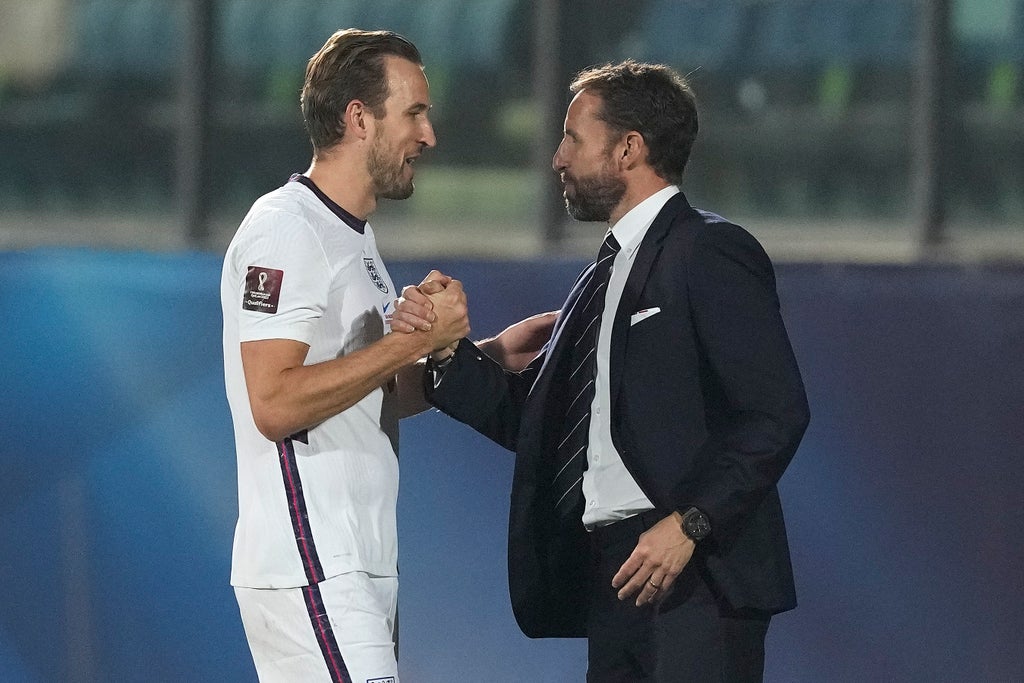 But it was Kane’s latest goalscoring exploits which caught the eye as he moved joint third with Gary Lineker on 48 goals, just one behind Sir Bobby Charlton and five off of Wayne Rooney’s all-time record.

Kane averaged a goal every 18 minutes in the November international break, having also hit a first-half hat-trick in Friday’s 5-0 win over Albania.

Those seven goals took him clear of Jimmy Greaves and Southgate says the level of the opposition does not take the gloss off of Kane’s recent record.

“I think if you go back through those guys that have scored a lot of goals, they’ve got their fair share against some of the minnows,” Southgate told BBC Sounds’ Football Daily podcast.

“He hasn’t had that opportunity in some of the recent games, we’ve rested him in those matches and (against San Marino) he took those opportunities as you’d expect.

“So I think across the the piece that won’t be unfamiliar with all of the top goalscorers.”

Kane played 63 minutes in both games, coming off at the San Marino Stadium already planning where his latest match ball would be displayed.

He shared a smile with Southgate as he left the pitch, with the England boss joking: “I said to him that Wayne Rooney’s family had been on the phone to get him off.

“He was going to go past about four leading goalscorers in one night. I think that, for a start, we wanted Kane and Maguire and a couple of other senior players in there as a message.

“I know everybody felt the job is done before you come here but every selection you make and giving the right balance is important. You want the younger players to go in and have some stability around them in order that they can play well.

“But also we’ve got thousands of fans travelling and the game the other night and (on Monday night) weren’t physically too demanding, so I didn’t feel that we were stretching the players in any way and we wanted to finish strongly.

“We’ve had a very good year and we wanted to finish that well.”