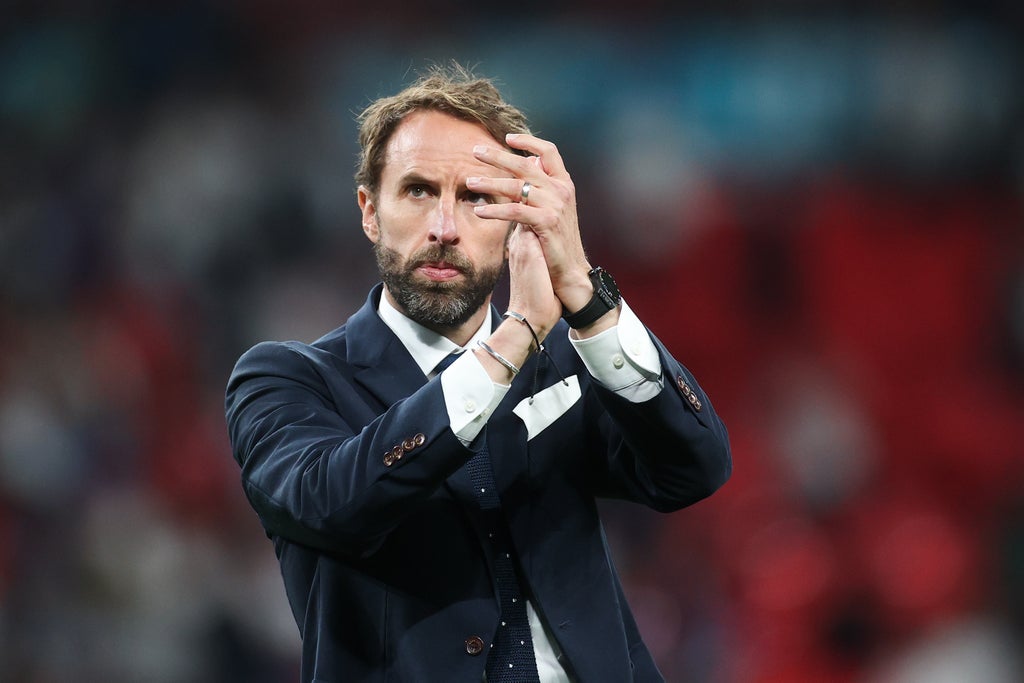 Gareth Southgate has admitted he needed time to consider his future as England manager after the disappointment of losing the Euro 2020 final.

England reached their first major final since winning the 1966 World Cup but suffered an agonising shootout defeat by Italy at Wembley, as their wait for another trophy went on.

Southgate’s contract was due to end after the World Cup in Qatar next year, for which England qualified last week after a 10-0 win over San Marino. But on Monday the FA announced that Southgate and his assistant Steve Holland had committed to a new incentive-based deal lasting until after Euro 2024, which will be held in Germany.

Southgate hinted after the Euros that Qatar might be the end of the road for him as England manager, saying he did not want to “outstay [his] welcome”. And he has revealed he needed time to digest the Euros and to remind himself of his ambitions in the job before committing to another two-tournament cycle.

“There was never a consideration that I wouldn’t go to Qatar,” Southgate told a press conference from Wembley. “What I wanted to be sure of was that I was wholly committed beyond that, and that was something I felt deserved time. I didn’t want to rush into that.

“I think tournaments take a lot out of you and I think the way it ended for us inevitably took a lot of emotion and energy. We were so quickly back into World Cup qualifying that we needed to move very quickly and I wanted to allow myself that consideration, because when I commit I’m committed fully. So I didn’t want it to be a case of ‘yeah I’m agreeing something but my mind’s somewhere else in 18 months’ time’. That’s not how it is.

“I’ve signed to the European Championship and provided we’re still carrying out the job in the right way and the team are playing at the level we believe they can then that’s where we take the next decision. So really that was the thinking, I just wanted to make sure I wasn’t rushing into a decision that further down the line I might regret.”

Southgate, whose only previous management job outside of the England setup was in charge of Middlesbrough, has previously said he would be interested in returning to club coaching the future, but he refused to discuss whether this might be his final contract as England manager.

“I genuinely don’t know. If you’d said to me five years ago ‘would I be still here today?’ I’d have said ‘Well that would take a lot of hard work and some very good results’, and if we’re in a position where it’s my decision to make in three years’ time then we’d have had a very good spell and a very good period and I think we’ll all be happy with that.

“So I don’t think we should talk too much about beyond, I think we’re all hugely excited about the next three years and if we can bring some night and memories like we’ve had over the last three then we’ll be heading in a good direction.”

The FA’s chief executive Mark Bullingham, who presided over significant budget cuts at the organisation during the pandemic, explained that the rewards for Southgate and Holland were bound into performances.

“I understand that people will ask how we can afford this given the financial losses at the FA,” Bullingham said. “While I will not go into detail on the contract, I will say that it is a performance-related contract and any rises or increases in bonuses are self-funded by either increases in commercial revenue or tournament prize money. Both Gareth and Steve understand that and wanted it that way. They genuinely care about the organisation.”