By Kishan Vaghela For Mailonline

Pep Guardiola missed out on the chance to sign the Holland midfielder when he moved to the Camp Nou from Ajax in a £65million deal in 2019, but is now set to lose club captain Fernandinho.

The Catalan giants offered de Jong a whopping £400,000-a-week deal after tax when he signed three years ago, but are now grappling with a financial crisis which in November 2020 caused players like him and Gerard Pique to defer 30 per cent of their wages for a year. 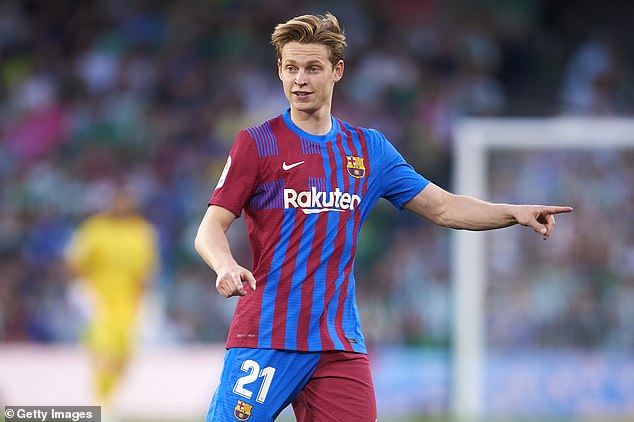 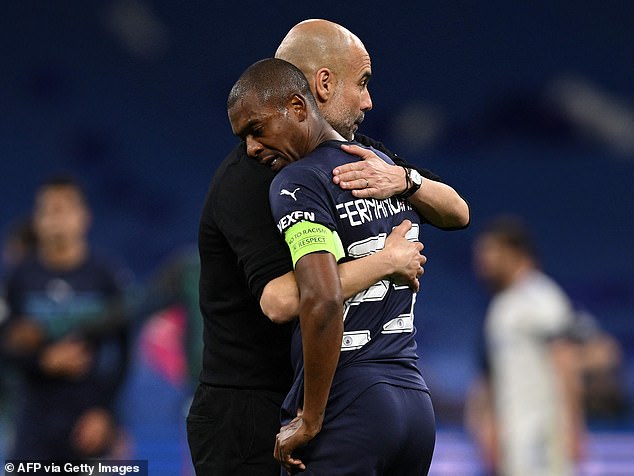 But The Sun claim the 25-year-old is still owed those unpaid wages, but add he could waive that figure if he is allowed to leave for the Etihad Stadium in the upcoming transfer window.

However, the report claims Barcelona are demanding Raheem Sterling or Bernardo Silva – both who have attracted interest from the Catalan side over the past 12 months – are part of any deal.

The report comes after Barcelona boss Xavi refused to rule out selling de Jong this summer as they continue to come to terms with their dire financial situation, but insisted he remains key to his plans. 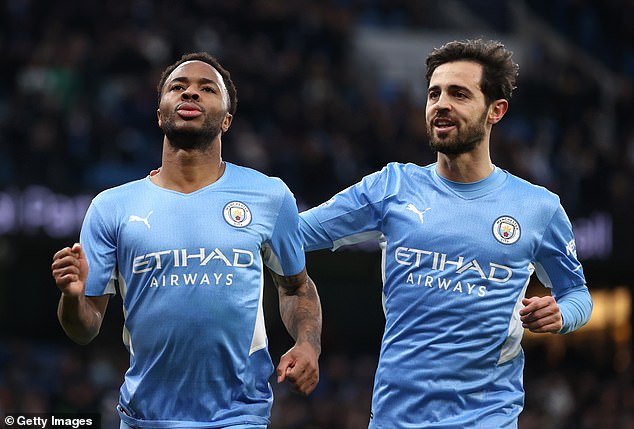 Xavi said: ‘For me he is a very important player. He has been a starter almost all the time.

‘He is a fundamental footballer but then there is the economic situation, on which we all depend.

‘We need to know the financial situation in order to make some decisions and then we will take one decision or another – I don’t mean with Frenkie – I mean in general. 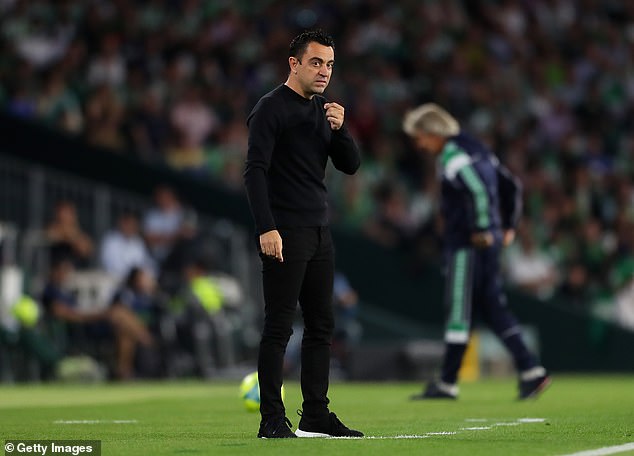 ‘He is a player that I like a lot, but we will see what the situation is.’

City’s rivals Man United are also understood to be keen on a £65m move for the Dutchman.

United will be in the market for a new central midfielder when Nemanja Matic and Paul Pogba leave as free agents at the end of next month, and sources have confirmed that de Jong is a player the club admire.

However, The Sun claim the player’s reluctance to leave the Nou Camp and his expectation of Champions League football will see him snub a move to Old Trafford and a reunion with ex-Ajax boss Erik ten Hag. 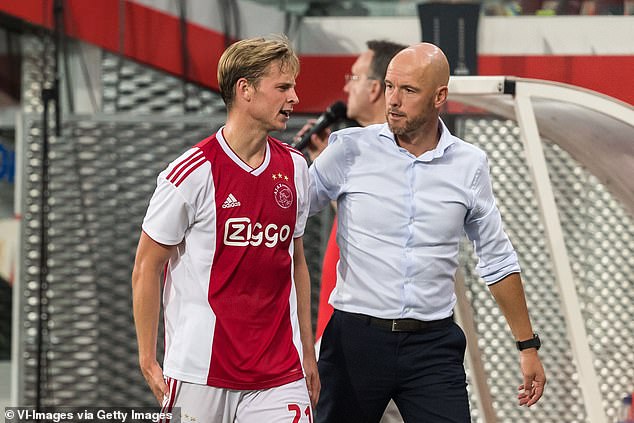 In January 2021, Barcelona revealed considerable debt totalling an estimated £1.02billion as a result of financial mismanagement.

They are therefore reportedly set to put nine players up for sale, including de Jong this summer as they look to continue their rebuild under their former midfielder.

Xavi has been very clear that they need to bring in reinforcements to challenge Real Madrid for LaLiga and compete in the Champions League once again.