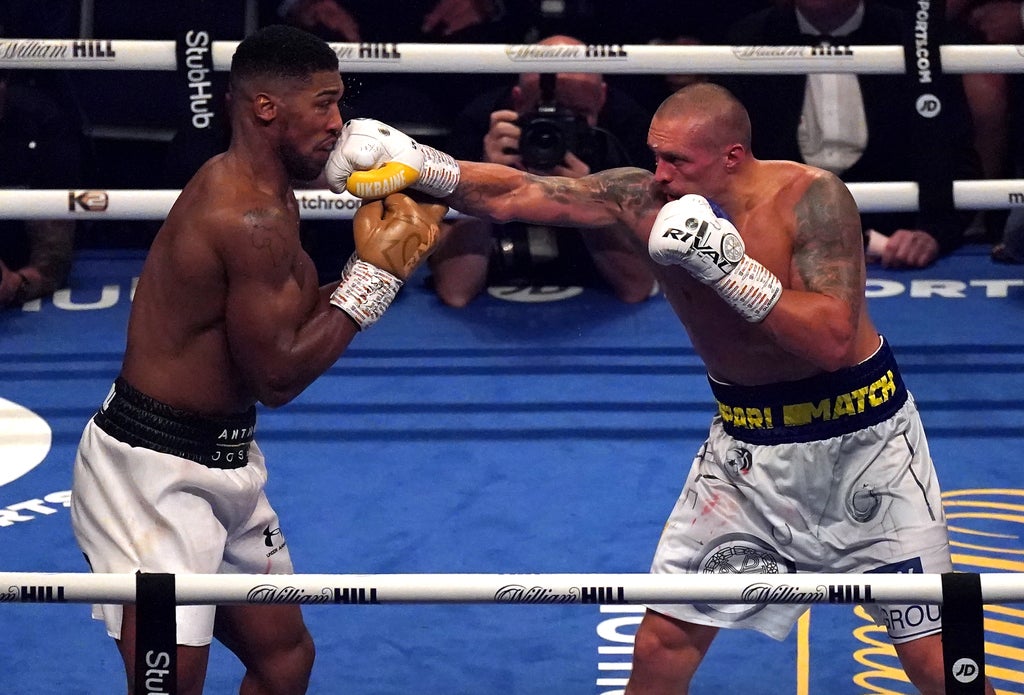 Fury and Usyk hold all the belts in the heavyweight division after they defeated Deontay Wilder and Joshua respectively. But Joshua has triggered the rematch clause in his contract with Usyk meaning a unification bout won’t be on the docket for at least a year.

“He shouldn’t be going through with it,” Warren told Sky Sports. “It’s his choice. If he knocks it on the head, it opens the door for us to do the unification [Fury vs Usyk].

“Let AJ get a warm-up fight. He needs a winning mentality before he goes into [a rematch with Usyk]. Maybe he fights the winner [of Fury vs Usyk] which is still a big fight.”

It’s unlikely that Joshua will stand aside as his rematch with Usyk looks set to be scheduled for Spring 2022 where he will look to get his WBP, IBF and WBA belts back.

He seemed more than up for the fight when asked about the rematch. He said: “I’m ready to get back to training. It was a good 12-rounder, so I’ll be in a good place when I get back into training to pick up where we left off.

“Usyk is a lot lighter than me so he’s got a good pace. But he still gets hit a lot and in the rematch we’ll just learn how to hit him more and be more concussive with our punch selection.”

And Fury himself may want the rematch to go ahead before he gets back in the ring as he said he was ‘absolutely wounded’ that Joshua lost. The Gypsy King has wanted to fight his compatriot for a while with a fight earlier this year chalked off due to his legal commitment to see out his trilogy fight with Wilder.

“Did I watch the fight? Yes I did. Was I absolutely wounded that he won? Yes I was. I was hoping Joshua could win the fight, but he couldn’t – and that’s none of my business,” he said.