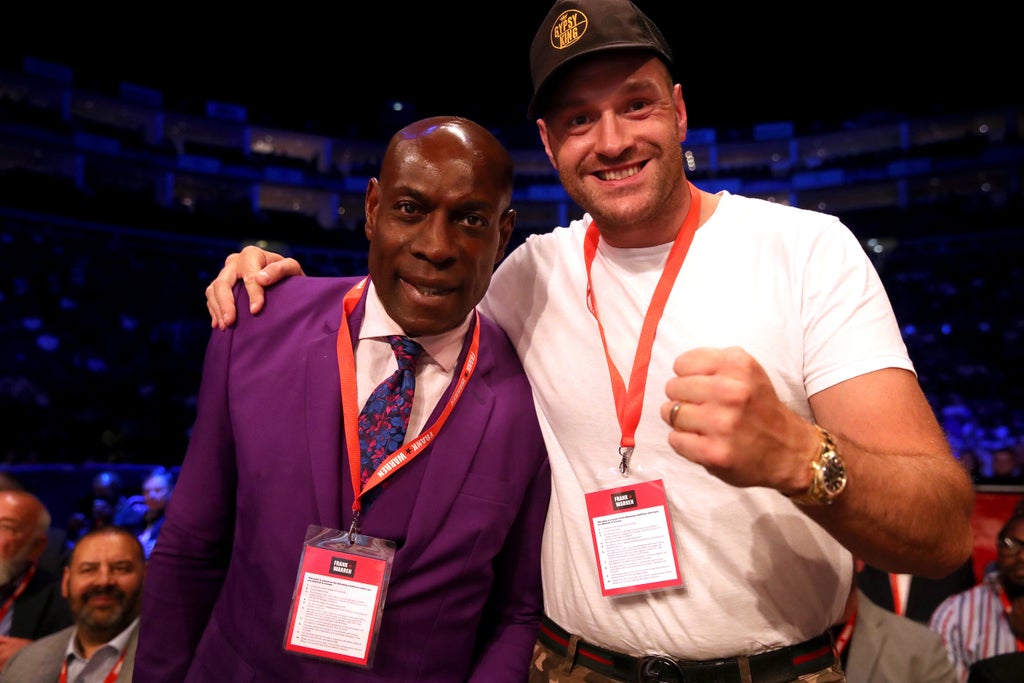 WBC champion Fury is preparing for this weekend’s trilogy bout with his American rival, having beaten him in February 2020 after their first contest ended in a draw.

Former world heavyweight champion Bruno has no doubt that his fellow Briton will triumph, provided he boxes clever against the hard-hitting Wilder.

“I think Tyson won’t just beat him again – he’s a much better boxer than Wilder and he’ll school him,” Bruno said.

“Fury will be going in nearly five stone heavier than Wilder and, if he boxes smart, and wears him down, that will make a big difference.

“But you have to be wary of Wilder’s windmill punch. He’s got a big punch, not much else, but you have to give him a puncher’s chance.

“As long as Tyson Fury doesn’t get involved with this guy… This guy is a very dangerous hard puncher. Don’t get stupid. This guy’s got pure power but nothing else.

“I think Tyson’s got it under control. I hope so. I think Tyson Fury will knock him out.”

Bruno has got close to Fury over the last few months after both revealed their struggles with mental health.

Fury spoke candidly with Bruno about his slide into alcohol and drug abuse and being on the brink of suicide before he was officially diagnosed with bipolar disorder.

Bruno, who turns 60 next month, needed to seek treatment last year after coping badly with lockdown.

Both fighters hope that by speaking out about their problems, in a new film by sports drink firm Wow Hydrate, they can encourage others to seek help.

“It’s great that Tyson’s talking about it. He is talking seriously and being honest. He is not watering it down. He is speaking from the heart,” Bruno added.

“I totally understand it, when you have been somewhere and you can’t get out of bed. You feel lethargic, you’ve had a bad day.

“It’s genuine. He was going crazy and he lost it a little bit. It was a bad time. But he persevered.”

Worrying reports emerged last year that the ever-popular Bruno was plotting a comeback to the ring.

He said: “That will never ever leave you. Any fighter, you will get that urge to come back. You can never run away from that. You think you can take on the army as an athlete, but you should know better.