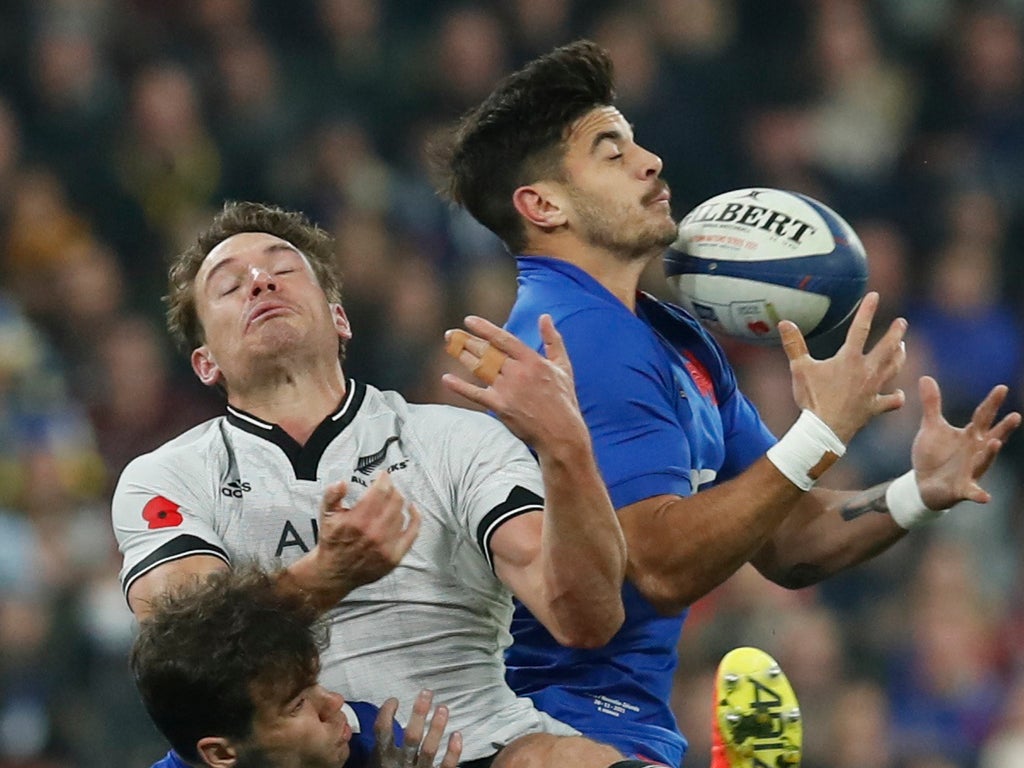 New Zealand aim to bounce back from a stunning loss to Ireland as they travel to France to take on Les Bleus to round out the Autumn Nations Series.

The All Blacks went down in Dublin despite leading at the interval, succumbing to an inspired Irish display with Joey Carbery’s boot enough for the hosts to resist late drama as Ian Foster’s side rallied late.

While France outclassed Georgia and will now look to step it up to reveal their level against a smarting All Blacks side, who expect the hosts to produce their traditional style of set-piece dominance, mauls and flair in the backline. Captain Sam Whitelock said: “We’ve had a really good week. Hopefully that means we show up on Saturday. They (France) are a smart side and they will stick to their strengths, but at the same time they will have looked at the last four or five games we have played and come up with a plan.

“Starving us of the ball worked for the Irish and they will probably use that tactic to some degree. France play a different style to all the other teams we have played. They have picked a big, strong team and I think they will play with a lot of mauls and scrums. We need to match that French flair that comes from their set-piece.”

Follow live updates, build-up, analysis and reaction from the Stade de France – PLUS the conclusion of Wales vs Australia from Cardiff:

25 mins: Retallick wins the ball ahead of Woki but New Zealand then concede a holding on penalty from the ruck. Jaminet will kick for goal.

23 mins: The mistakes from New Zealand are starting to add up. Barrett’s kick from outside his 22 goes straight into touch and puts France in a promising position.

Mauvaka then hits a camera that was too close to him as he lined up the lineout!

21 mins: Barrett flights a kick out to Bridge, which briefly caught out Penaud, but the France winger was able to change direction and make the tackle, forcing the knock-on.

19 mins: France were able to build the phases, with Jonathan Danty having a couple of carries into forwards. Ntamack then lines up a drop-goal but he doesn’t get a good connection on it at all and it doesn’t threaten the posts.

17 mins: France keep the ball from the lineout before Dupont tries to carry the ball into a couple of bruising New Zealand forwards! France then win the penalty and Jaminet clears.

16 mins: New Zealand make a break through Rieko Ioane and get close to the line but France are able to regather their numbers in the corner and force the All Blacks to switch directions. Barrett’s pass outside is slightly behind Bridge, who sends his man down before Fickou gets across to force him out into touch.

Sensational from France! It’s wonderful from Ntamack – his return to fly-half has lifted France from the off. He faked a pass to his outside before driving through the middle of two New Zealand players and diving for the line.

Jaminet adds the two points from a slight angle.

12 mins: Damian Penaud spins away from a tackle to gain good ground from France, France are back in the New Zealand 22!

France go long at the lineout but the throw goes too long and Savea makes the break following a Coles offload.

France then concede the penalty for being offside and New Zealand take another kick at goal, as Barrett hits his second penalty in quick succession.