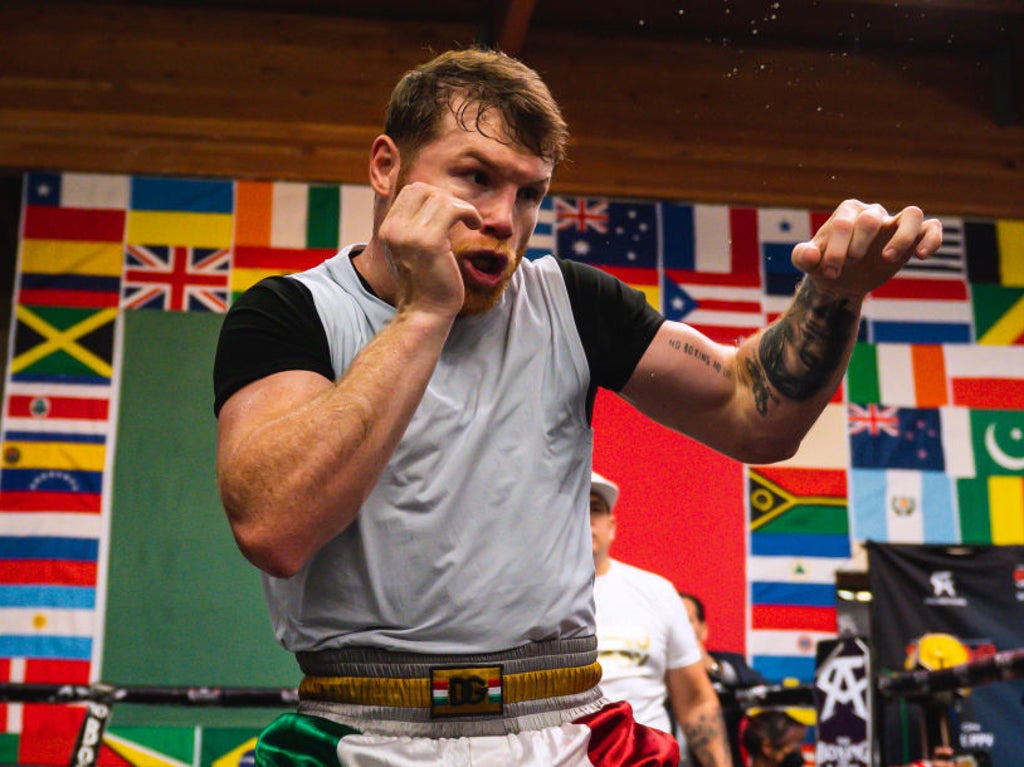 Clichés in boxing are as old and worn as the blood-stained canvases on which they were first spoken, but even under the tawdry lights in Las Vegas, they still tend to shine true. Admittedly, when compared to the pantheon of Muhammad Ali quotes and the fictitious bible of Rocky Balboa, Canelo Alvarez’s ‘No Boxing, No Life’ motto is distinctly and succinctly unremarkable, and yet that is somewhat fitting for the dominant superstar of this generation.

When Alvarez faces Canelo Plant in the early hours of Sunday morning at the MGM Grand – sixteen years after turning professional and a decade since first becoming a world champion – it will mark another milestone in a career not just of immense success but astonishing longevity. After all, if only a precious few fighters will ever complete the ascent from a dingy gym to boxing’s peak, a far smaller proportion are able to sustain those heights. It’s only natural that, in a brutal sport that bears such grave risks, recognition and wealth should appease the fire that forged the path out of the wilderness.

What makes Alvarez so unique in the modern day is that, although boxing might have offered a form of protection from the bullies in Guadalajara, who taunted his ginger hair, freckles and fair skin, it was never an escape. There is an inclination to see the sport’s protagonists as young men seeking refuge, but the love Alvarez felt when he first stepped in a ring hasn’t diminished. He is one of the world’s wealthiest athletes, aligned with a fleet of designer brands and boasting a motorcade of luxury sportscars. And yet, since suffering the sole defeat of his career against Floyd Mayweather in 2014, he has beaten 14 different opponents and gleaned fragments of skill from each. The version of Alvarez who faces Plant will be the most refined, explosive and deadly the public has ever seen.

For those of us on the outside, it can be difficult to process how someone like Alvarez refuses to slow down, especially in a sport that’s so at odds with our sensibilities and survival instincts. People crave an explanation, a self-help manual even, to bridge the gap between the ordinary and elite mindset. A quick Google search reveals hundreds of articles that claim to expose “the secret” of Alvarez’s success – the same can be applied to practically every figure leading their field. There are sections on his diet – egg whites and plain chicken breast, bland vegetables and the odd sprinkling of rice; there are dissections of his meticulous and excruciating training plan under Eddie Reynoso, who’s worked with Alvarez since he was a teenager. But really, upon reading them, you realise nothing is surprising at all. On the one hand, Alvarez can be uniquely gifted, but he has honed those talents in a way everyone can learn, but only few can bring themselves to religiously practice. “The secret to me and Eddy’s relationship is our discipline,” Alvarez said in the lead-up to Sunday’s bout.

It brings to mind another of boxing’s cliches. When Alvarez weighs in on Friday, it’s no coincidence that he will don a pair of silk pyjamas, in reference to Marvin Hagler’s famous quote about still waking up at 5am for sprints after sleeping like a king. Alvarez wears them like a stubborn trophy, a testament to his defiance and unfading willpower. If there is really a secret to Alvarez’s success, it has been being able to maintain that attitude from the first spar to the last prizefight. And it’s still the case that nobody does it better.