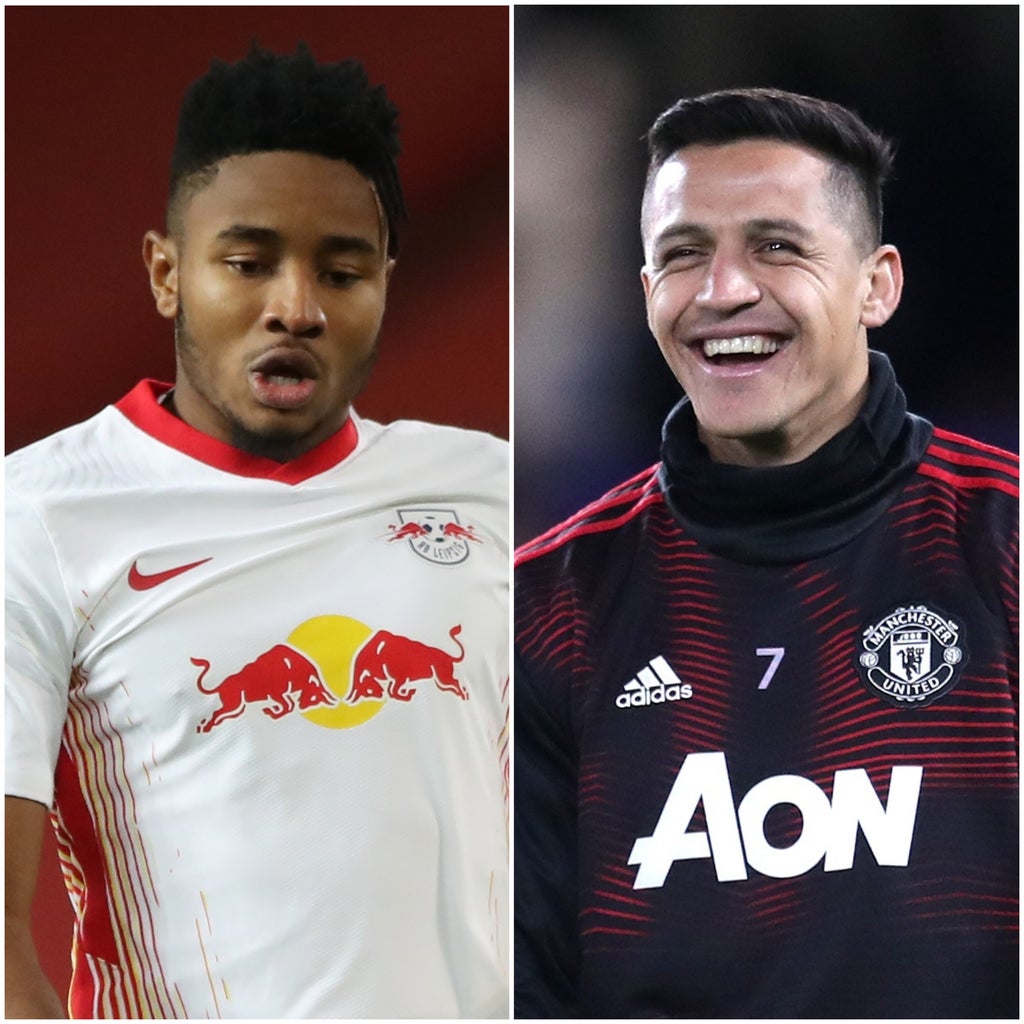 Chelsea are reportedly targeting RB Leipzig’s Christopher Nkunku to boost their midfield options. Blues boss Thomas Tuchel coached the 23-year-old, who can also play as a winger, at Paris St Germain. The Express cites Foot Mercato as reporting the European champions are interested in Nkunku, but face stiff competition from Manchester City and Real Madrid.

A cloud of uncertainty seemingly hangs over the playing future of former Manchester United and Arsenal forward Alexis Sanchez. The Chilean has appeared for Inter Milan just four times, and all off the bench, since Simone Inzaghi took over in the dugout from Antonio Conte. The 32-year-old has risked the ire of his club following a since-deleted social media post in which he criticised his lack of time on the pitch, according to the Mirror.

Inter’s Serie A rivals Juventus are among the sides reportedly interested in Aurelien Tchouameni. The Mail quotes Calciomercato as saying Juve, Liverpool and Chelsea are monitoring the 21-year-old midfielder, with all three informed of his £34million price tag by his club Monaco.

The Gunners are said to want to pick up striker Dominic Calvert-Lewin as a replacement for Alexandre Lacazette, who is in the final year of his contract and has not been offered a new deal. But the Sun reports Everton will fight hard to keep Calvert-Lewin, 24, following his establishment as Harry Kane’s England back-up in the last year.