‘Weird that they asked Aguero to unveil a statue of Toni Kroos!’: Football fans joke that Man City legend Sergio’s new steel statue looks NOTHING like him… while Real Madrid midfielder, Kroos, joins in by poking fun at the tribute

Football fans have been poking fun at the new Sergio Aguero statue outside Manchester City‘s Etihad Stadium while Real Madrid midfielder Toni Kroos took to social media to joke it looked more like him than the Argentine.

10 years on from his iconic last-minute goal against QPR that handed City their first Premier League title, Aguero has been honoured by the blue side of Manchester with a statue.

Aguero was present at the Etihad on Friday to be pictured alongside the figure, but a number of fans could not help but realise that it resembled Kroos more than City’s former striker. 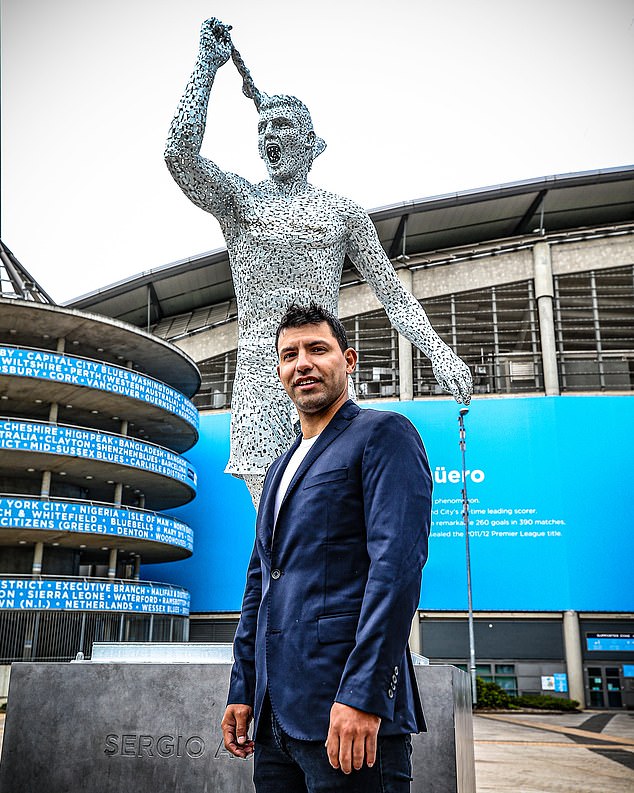 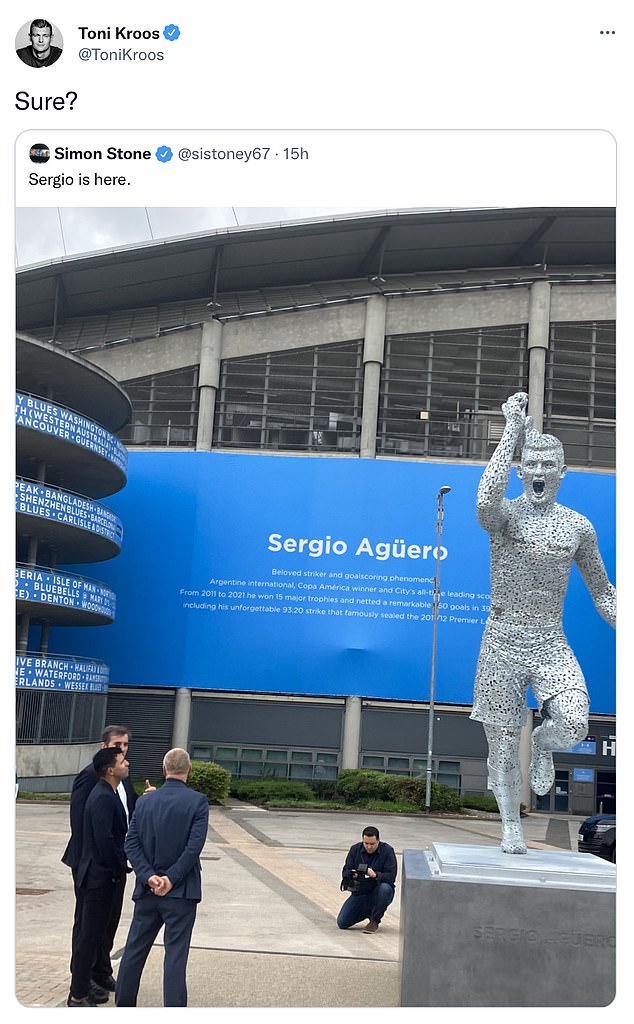 Kroos himself jokingly responded to a Tweet of including an image of the statue saying: ‘You sure’ after they captioned it ‘Sergio is here’.

Fans also took to social media to draw comparisons between the statue and Kroos. One supporter wrote: ‘Weird that they asked Aguero to unveil the statue of Toni Kroos.’ 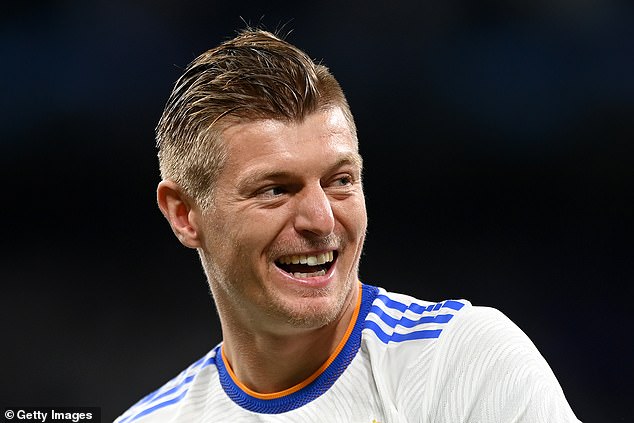 ‘Have you seen that Toni Kroos statue at Etihad Stadium? Sergio Aguero must be so jealous of Kroos after everything he did for the citizens,’ another supporter joked.

Aguero scored 260 goals in 390 appearances for City between 2011 and 2021, establishing himself as one of the finest strikers in the Premier League era.

A common theme appeared, with a number of fans stating the statue looked like Kroos

One supporter stated that Aguero deserves a statue, but admitted it did not look like him

He certainly played his part in helping the team become the force that they are today, with Pep Guardiola’s side on the brink of winning their sixth title in the last 11 seasons.

One fan stated that Aguero deserves his legendary status at the club, but acknowledged that the statue doesn’t look like the Argentine at all.

‘No man at City deserves a statue more than Aguero but it doesn’t even look like him,’ they wrote, alongside a laughing face emoji.