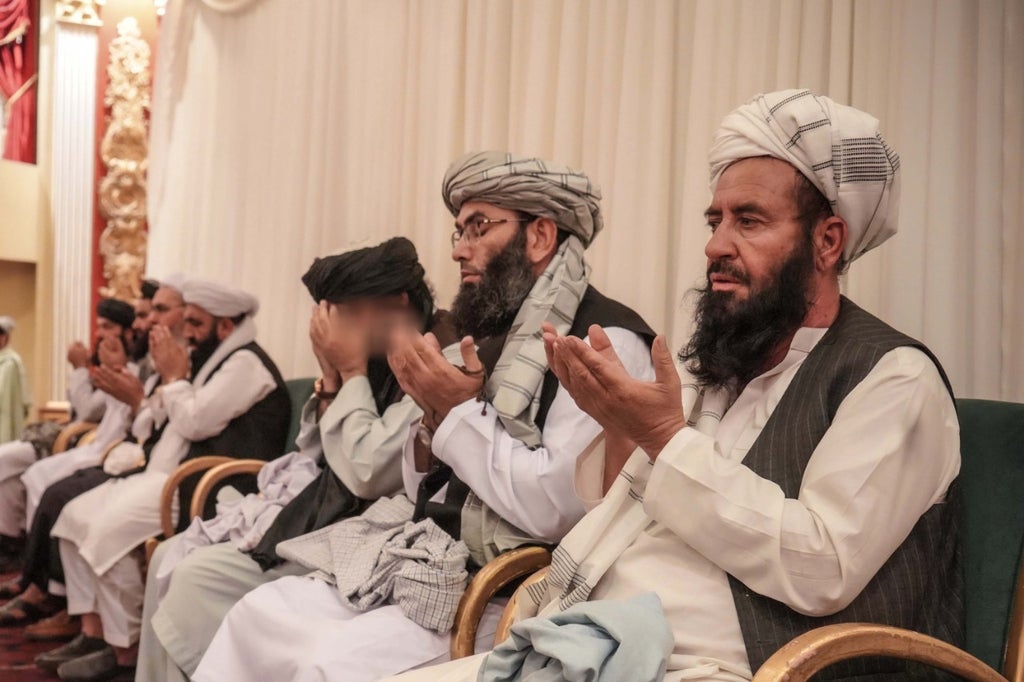 Female footballers and basketball players have been freed from Taliban-ravaged Afghanistan by Fifa, The Independent can reveal.

Some 57 people who have links with football and sport overall – predominantly women and children – arrived in the Qatari capital of Doha on Wednesday.

Nineteen of the group who fled Afghanistan are part of the national female basketball team.

They flew out of Kabul last night alongside several female referees and coaches, as well as a small number of female regional football players.

While in Doha, the group is staying in accommodation earmarked for next year’s World Cup while they find refugee status in other countries.

It is not yet known where they will end up, but there is pressure on third party governments to step forward.

Football’s governing body has worked closely with the Qatari government to rescue the female athletes who were considered to be the “highest risk”.

It comes after at least 20 women footballers were among 100 refugees evacuated by Fifa from Afghanistan last week,The Independent revealed.

The group of mainly women and girls, including some who play for the national team, departed the Afghan capital of Kabul last Thursday on a flight bound for Doha.

Commenting on the most recent evacuation, Gianni Infantino, Fifa’s president, said: “We would like to express our sincere thanks to both the Emir of Qatar, His Highness Sheikh Tamim bin Hamad Al Thani, and the Prime Minister of Albania, Edi Rama, for helping us with this humanitarian mission.

“And for all their assistance in safely relocating these members of the football community in such challenging circumstances.

“I am also calling on all of our friends in governments and in the football community across the world to help us in obtaining residence permits and visas for the evacuees so that they can start a new life in safe and secure circumstances.”

Fifa has been working with Qatar to rescue Afghans since August and hopes to evacuate more athletes – with football’s governing body urging nations around the world to provide permanent homes to the women and their families.

It comes after The Independent revealed in September that 32 girls from the national football team were stranded in Afghanistan.

While a subsequent story by The Independent last month revealed Pakistan would allow the dozens of young players from the Afghan girls national youth football team trapped in hiding in Afghanistan to enter the country.

The Taliban seized power of Afghanistan in mid-August as the US and other Western troops withdrew. The last time the hardline Islamist group ruled the country, women were barred from working, while girls were blocked from going to school, and women were forcibly chaperoned by a male relative if they wanted to leave the house.