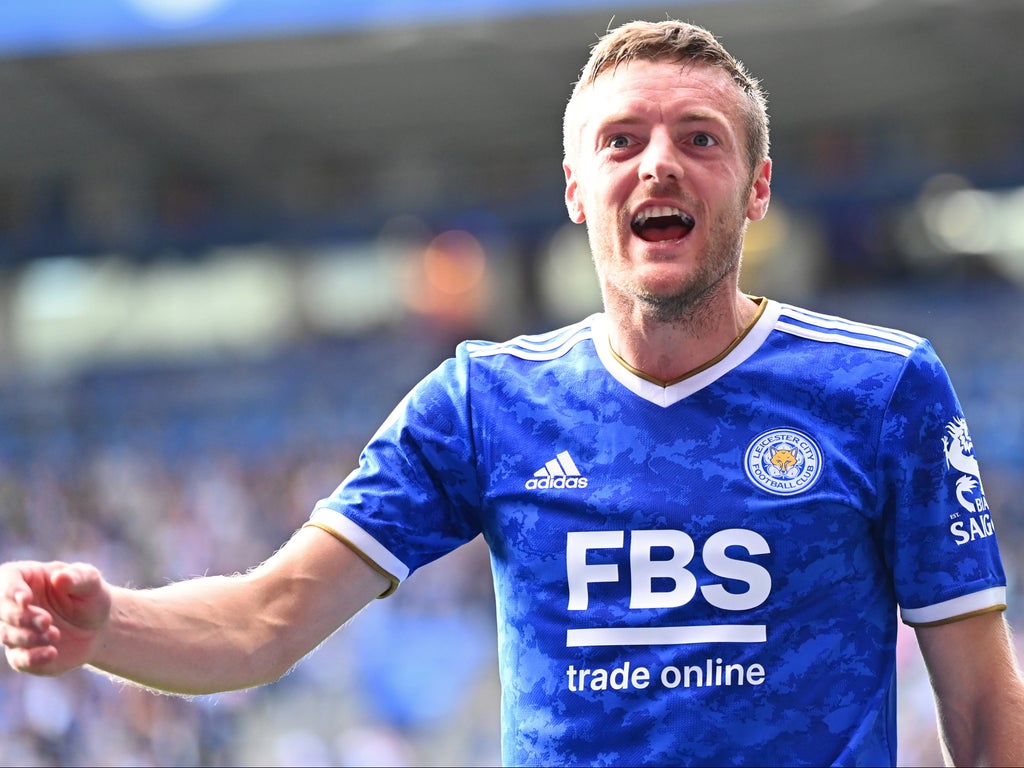 Expecting a Chelsea demolition job of bottom-of-the-table Norwich at Stamford Bridge this weekend, we were initially planning on keeping the faith with Romelu Lukaku.

Then came the Belgian’s ankle injury against Malmo on Wednesday night, which forced him off and forced many fantasy managers into a re-think.

Perhaps it’s time to keep things simple and plump for the player we’ve been ignoring up until now, despite his impressive points-scoring.

Vardy has averaged seven points-per-game since the start of the season, scoring seven times and providing one assist, and Leicester’s fixtures are beginning to appeal.

A trip to Brentford is tougher than it looks on paper, though Arsenal, Leeds, Watford and Southampton in his next five after that is more promising.

We remain steadfast in our belief that Mbeumo is the fantasy bargain of the season, despite him hitting the woodwork for the sixth time already this campaign in last weekend’s defeat to Chelsea.

That’s five times more than any other player in the league by our count, while he has only two goals from 3.7 xG.

To say Mbeumo has been unlucky is an understatement. Hopefully that changes with Leicester’s visit to the Brentford Community Stadium on Sunday, with three enticing fixtures against Burnley, Norwich and Newcastle to follow.

Those of us who plumped for Adam Armstrong were burned last week with him dropped to the Southampton substitutes’ bench for the first time this season.

If you’re one of the unlucky ones, we would recommend holding off on a transfer this week, benching Armstrong and surveying the scene with two free transfers in gameweek 10. Ivan Toney will be a popular replacement.

If you’re in the market for a budget striker now though, Broja has taken Armstrong’s place and is just £5.0m, with Burnley, Watford and Norwich in his next four – provided he keeps his place for that long.

Thomas Tuchel’s rotation policy continues to confuse and confound us in the search for a reliable Chelsea defender ahead of this favourable three-game run.

Ben Chilwell will tempt those managers feeling lucky, and definitely has great attacking upside, though we have been put off by his start against Malmo in midweek given that Marcos Alonso is still lurking around.

Reece James is likely to come in on the other side, though when he is among the substitutes, he has been known to make 20-minute cameos which block points off your own bench.

Rudiger remains the safest option of all, with Cesar Azpilicueta almost as nailed-on. Pick your poison and if you go for one of the full-backs, don’t say we didn’t warn you.

While we are not convinced about Townsend’s potential as a long-term pick, if you are planning on wildcarding next week and need a short-term punt then you could do worse.

Watford were a shambles against Liverpool. Though that had as much to do with how good Jurgen Klopp’s title contenders look, Claudio Ranieri’s side already seem ripe for targeting.

Townsend is a cheap route into Everton’s attack and may be on penalties too, if Richarlison is eased back into the starting line-up following his return from injury.