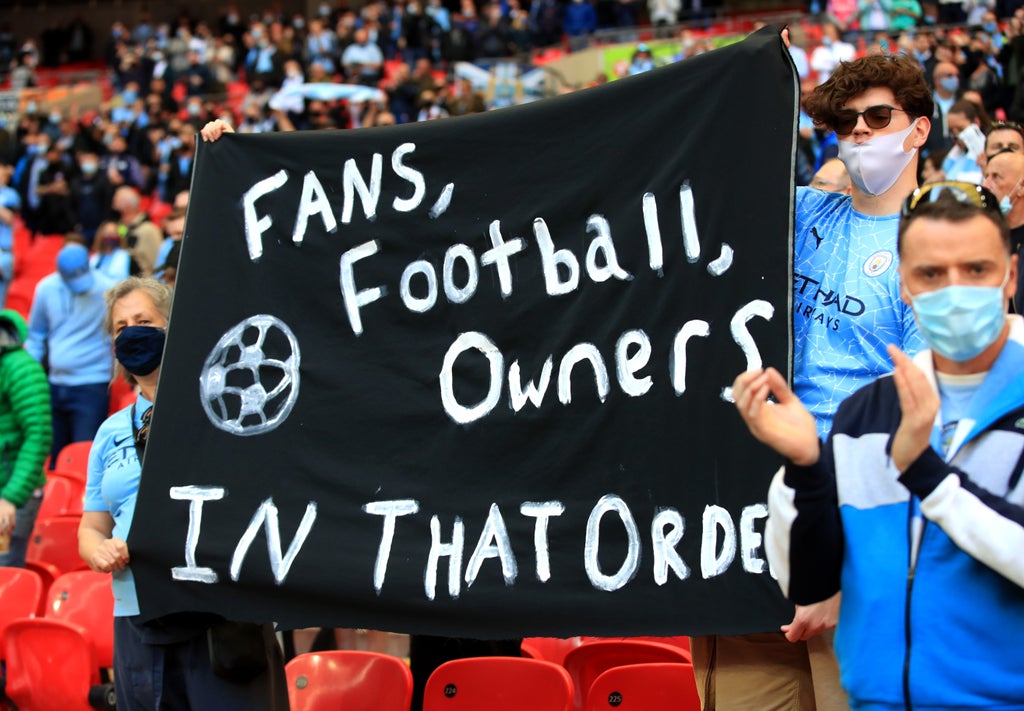 Tracey Crouch is “extremely confident” that the fan-led review will get the government legislation it requires to force through an independent regulator for football. The mood within the sport is a bit more mixed, albeit cautiously optimistic, and that also relates to the content of the review itself.

Even though the 162-page document represents the English game’s response to what it describes as the “existential threat” of the Super League and Covid-19, it isn’t exactly Das Kapital. Stakeholders within the game insist it doesn’t need to be.

A number of bodies, led by the Football Supporters Association (FSA) – who were centrally involved in discussions – have declared themselves pleased with it. There is an encouraging unity in the game, that the fans groups are willing to push. They believe that alone is a necessity to aid legislation.

One of the few dissenting voices came from Power to Change, which backs greater community ownership. Their CEO, Vidhya Alakeson, describes it as a “disappointing missed opportunity”. The view from those like the FSA is that it merely opens the door for more opportunities for the future.

“We wouldn’t want this to be the end of the journey,” Malcolm Clarke, chairman of the FSA, explains. “I set four tests. One, would it make it less likely that we’d see the collapse of clubs. Second, would it improve finances. Third, would it stop a Super League. Four, does it increase fan engagement. I would say it passes all four tests.

“It is a pretty important step. If I could paraphrase Neil Armstrong, it’s a small step for government, a giant leap for football fans.”

The review certainly pin-points a lot of issues within the game, and offers what the vast majority would consider to be good recommendations, right up to badly required ones.

It rightly recognises that the game is in a “perpetual vicious cycle”, and pinpoints a few core issues.

Among the most far-reaching are: calls for greater redistribution of resources; a reform of the highly controversial parachute payments; women’s football being treated with parity; key items of club heritage and being protected and – most pointedly – a “golden share” for supporters.

Sources who see the plan as a positive acknowledge that it doesn’t tackle community ownership, but insist that the “golden share” is a careful circumnavigation of this given that offers supporters the power of control without the prohibitive need for capital. That, for example, would have prevented a lot of the problems that Newcastle United supporters had in the Mike Ashley era.

But that is also one point where the review is lacking.

The document doesn’t have a single mention of states, either in terms of owning clubs or sportswashing. This is despite that issue representing what one exasperated figure involved in football governance described to the Independent as “the single biggest threat to competitive balance and the overall welfare of the game” around.

It is all the more frustrating since there are points when the plan seems to touch on issues but doesn’t make the link.

One section on the power of football authorities has specific reference to the recent legal action involving Manchester City and the Premier League and how “it is a matter of legitimate public concern that so little progress has been made after two and a half years”.

“Even when there are rules in place,” the document reads, “the Review has heard that the authorities are under-resourced, particularly when faced with enforcing rules against sophisticated modern businesses.”

In specific cases, of course, those “sophisticated modern businesses” are the extended apparatuses of states.

Some senior sources argue this shows how “vague” the plan is, and how it is big on superficial solutions but low on forensic detail. That raises the question over whether it can actually smash the “cycle” it recognises as so damaging.

Two experts consulted, for example, doubted whether it could stop the takeover of Newcastle United by Saudi Arabia, particularly given it effectively sets out that its tests would largely preserve the Premier League’s.

The Independent asked Crouch why it didn’t make reference to states owning clubs. She did not answer that directly, but did insist that it would allow for “additional integrity tests” that would restore “confidence” in the systems.

Some sources have alternative explanations. They say that it comes down to a fairly political rationale. One argument is that Crouch couldn’t demand higher standards for football than it does for the government, given the UK has trade links with many of those states that would be criticised.

Others are keen to point out there is nothing to stop the leagues strengthening their own test. Either way, it still leaves a lot open to resolution.

There is similar with the core issue of redistribution of resources. The review recognises its immense importance. The reality is the problems in the game can’t really be overturned without this. The review does offer initial steps, such as a transfer levy.

It does not offer a concrete pathway as to how this would be achieved, though. Many believe a lot of the recommendations will be paralysed by legal challenges, particularly when it comes to issues like a golden share in boards at what are US companies. The Glazers or Kroenkes may listen to fans, but are they really going to hand over veto power on big corporate decisions?

“The Review considered carefully whether the Review or IREF itself should directly intervene on the question of financial distributions,” it read. “On balance, it considered that it would be preferable that this should be left to the football authorities to resolve. However, given the poor history of the industry reaching agreement, IREF should be given backstop powers that can be used if no solution is found.”

When Crouch was asked what these would be, she merely reiterated the review: that independent research would be commissioned.

This is why there is a difference in opinion over whether the review is a crucial “first step” or, in the words of one politician, “fluff”.

That all comes back to one key point. The success or failure of the plan is entirely predicated on whether an independent regulator can be implemented. That’s what it comes down to. That’s what it is all built on. Whether it can be brought in is a big question. It does make this, primarily, a purely political issue.

The Premier League’s restrained response was instructive. They have not been keen on a regulator. There is the possibility that the review and its measures may depend on taking on one of the most powerful competitions in sport.

Crouch is more optimistic. “The Premier League has to represent its clubs. I wouldn’t automatically assume they’re against it.”

Others are more ready for battle. “It’s precisely because of their power they need to be taken on,” one influential figure says.

The fact the EFL have “broken ranks” and backed an independent regulator is seen as a game-changer. “We’ve never seen that before,” the same source says.

Many also cite a new will at Number 10.

DCMS Committee Chair Julian Knight MP said: “What we need now is urgent government action with a bill before the house. The Secretary of State must look to introduce a football regulator in the next Queen’s speech. We can have no further prevarication, nor see these recommendations shunted into a future election manifesto.”

Although there is an inevitable inclination to dismiss the review as an attempt to “be seen to do something” in the wake of the Super League and leave at that, others say that populism could prove to be a positive; that it is a “red wall issue”, that they know which way the wind is blowing.

This could be an easy vote winner. Labour sources say the proof will be in how quickly the government deliver this in full. Others insist it should only be seen as a positive first step. That will entirely depend on the next step.