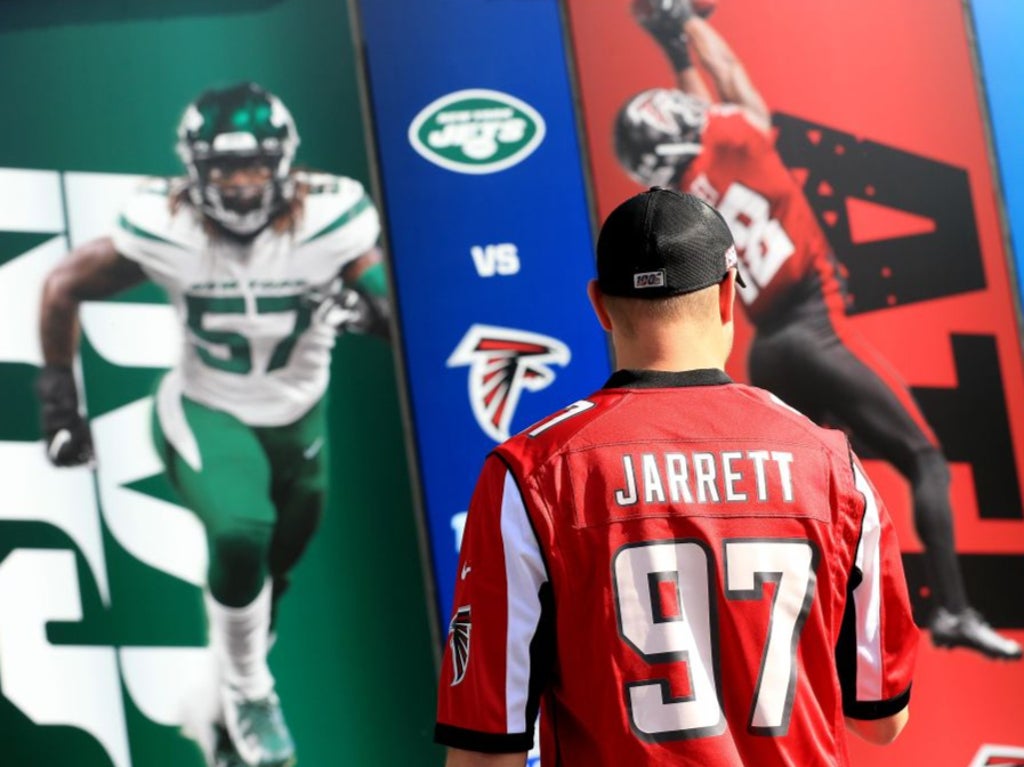 The Atlanta Falcons take on the New York Jets as London welcomes back the NFL.

Tottenham Hotspur Stadium will host a battle between one quarterback with intentions to join the hall of fame one day in former MVP Matt Ryan and another with immense talent and hopes and dreams to thrive in the league for the next decade in Zach Wilson.

There is another gem from this year’s NFL draft in Kyle Pitts, who was snagged fourth overall by the Falcons, who resisted the opportunity to grab a new quarterback of their own, with the former Florida tight end tipped to replicate the impact of the Chiefs’ Travis Kelce or the Buccaneers’ Rob Gronkowski.

The Jets discovered some fire on defense to hurry and torment Ryan Tannehill and the Titans to break their duck last week, meaning Ryan has his work cut out, given his physical limitations, to mentally pick Gang Green apart.

Follow all the action from north London, with play-by-play updates from the early kick-off in week five of the NFL:

The New York Jets and 40 years of hope, pain, outrage and hilarity

Ahead of this afternoon’s game, Tony Evans charted his 40 years as a New York Jets fan and how the team descended into becoming the masters of self-destruction.

Welcome to The Independent’s live coverage as the NFL returns to London this afternoon, with the Atalanta Falcons facing the New York Jets at Tottenham Hotspur Stadium.