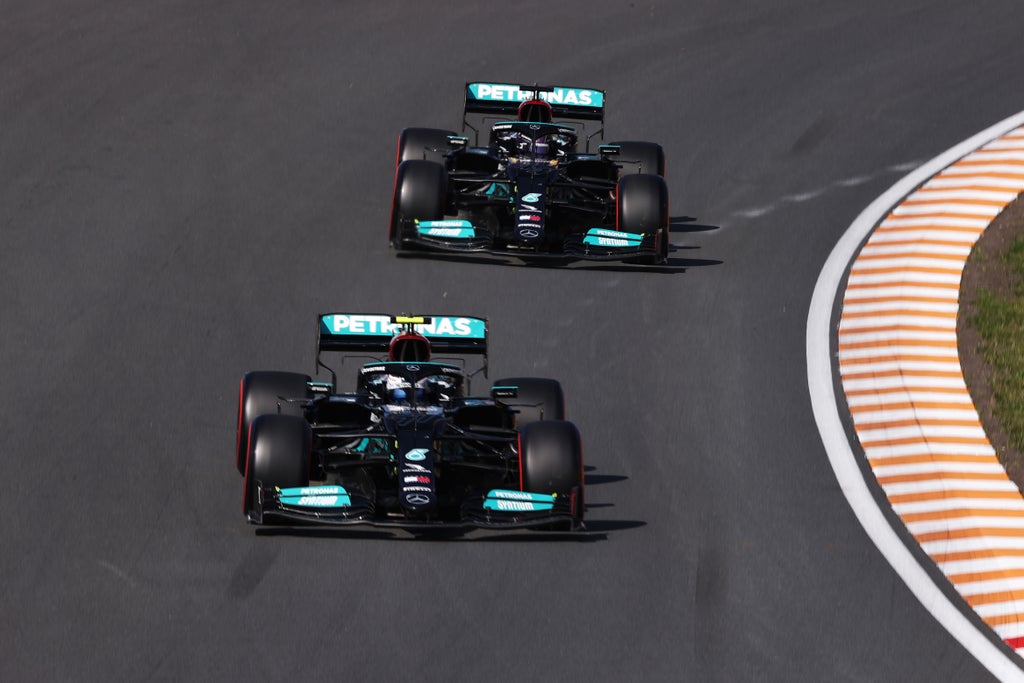 Valtteri Bottas is willing to move aside at the Russian Grand Prix if Mercedes need him to in order to help teammate Lewis Hamilton’s bid for the title.

Hamilton is currently five points behind Max Verstappen in the race for the world championship, whereas Bottas is 85.5 points behind the leader. Given the gap is so big, Mercedes have discussed different outcomes with the Finn.

“We have discussed many things internally, including different scenarios,” he said. “Every race is different. There could be times that we need to play as a team, and I need to take one for the team. And in this situation, how the situation is, yes I would do it because we’re here as a team and need to make sure we win both titles.

“Not only the constructors’ championship but also the drivers’. At moment, Lewis has greater chance for that – that’s the situation.”

There are just eight races left of the season and so there are really only two contenders for the title in Hamilton and Verstappen. But Bottas has said ‘never say never’ about him snatching the world championship in the last few races.

“In Formula 1 you never know how the season progresses, there is still a fair amount of races. So never say never.

“The only thing I will keep doing is try my best, try to win races, try to be as consistent as I can to bring the points. And [regarding] if I’m allowed? I don’t know really. You need to ask Toto [Wolff, Mercedes team principal]. But for sure, it’s still a reasonable gap in the points.”

The Russian Grand Prix, which Bottas has won twice, will take place on 26 September.