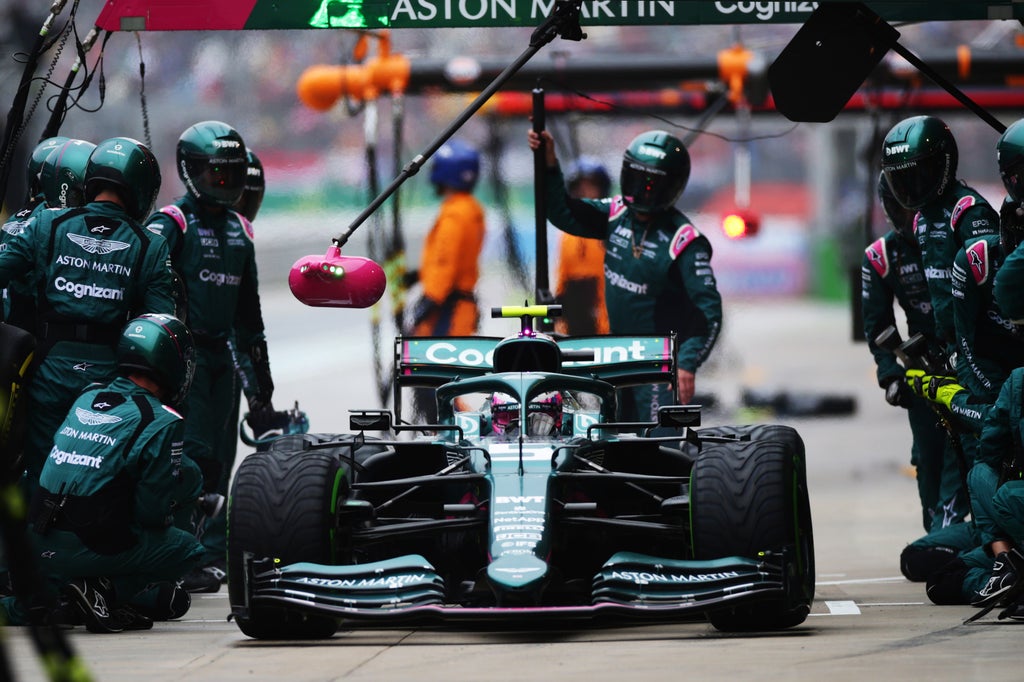 Sebastian Vettel says he knew straight away that his team had made a mistake in changing him onto slick tyres at the Turkish Grand Prix, in what proved to a disastrous decision for the German driver.

The Aston Martin driver was in 10th place when he switched to mediums in the hope that the wet track in Istanbul had dried enough to take advantage of the changing conditions.

But the four-time world champion was unable to get enough heat into the new set and subsequently plummeted down the standings as he struggled to stay on the track.

“As soon as I left the pits, I knew it was the wrong decision,” Vettel said. “There was no grip and I could not make them work. I was really surprised how slowly the track improved and it was similar to last year because it just did not dry out.

“I couldn’t make them work so it was the wrong call. I wanted to try because there wasn’t much rubber left on the inters, so I thought the drys were not any different, or probably a little bit better because the grip is higher. But I couldn’t break the tyre in and then couldn’t get any grip, so we lost the race today there.”

Vettel, who was the only driver on the grid to attempt the gamble, only lasted one lap on the medium tyres before returning to the pits, but the damage had already been done.

The German finished 18th, ahead of the two Haas drivers, and has now gone four races in a row without scoring a point.

“I’m obviously disappointed, having made the wrong call,” he said. “It was tempting to try, but just the wrong decision. So we lost, I think, the [chance] for points, maybe one or two – and in the end, we didn’t get any.”