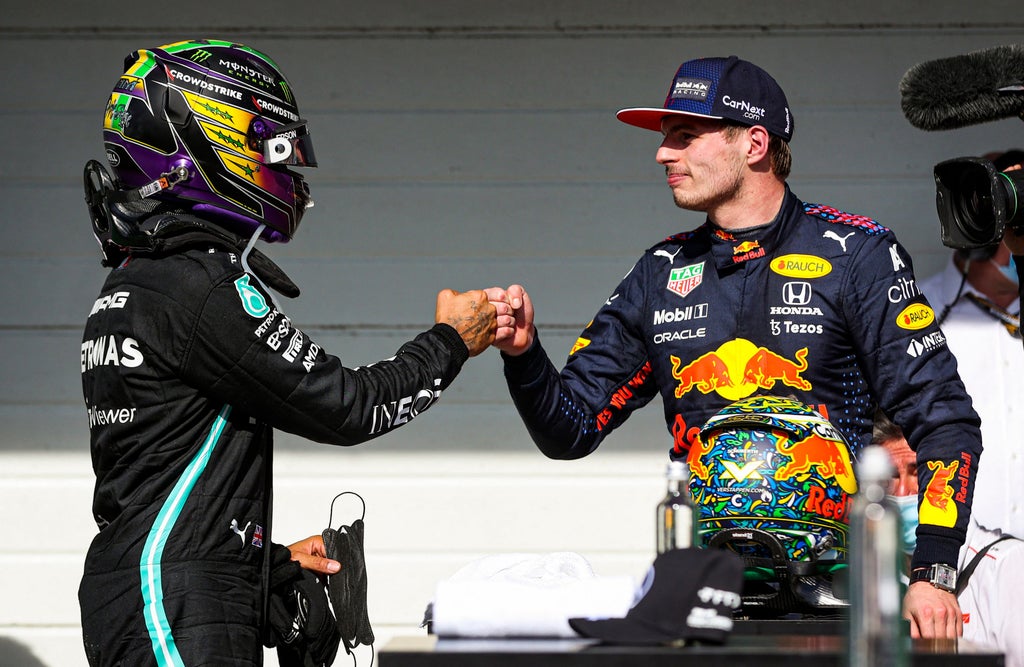 Martin Brundle doesn’t expect Mercedes’ efforts to get race stewards to overturn a key decision in Sunday’s Brazilian Grand Prix to be successful.

Seven-time world champion Lewis Hamilton was forced off the track as he tried to overtake a stubborn Max Verstappen late in the race at Interlagos.

The Brit would go on to eventually pass the Red Bull later in the race on his way to victory to close the gap at the top of the drivers’ standings to 14 points with three races to go.

Stewards assessed the incident and decided Verstappen should not be punished only for it to be later revealed that they did not have access to the front-facing camera on the Red Bull, which would have shown whether he manipulated his steering wheel to deliberately force Hamilton off the track.

The footage later emerged prompting Mercedes to call for a review that could see Verstappen dropped below Valtteri Bottas in the standings.

Brundle though doesn’t expect them to be successful.

“Mercedes may still ask for a stewards’ review but those claims rarely get a change of decision,” he wrote for Sky Sports.

“In any event, Red Bull will say they cruised at the end and so any five-second penalty putting them behind Bottas would be unfair – Max would have just driven faster, to which Mercedes will say so would have Valtteri.

“Hamilton remained very calm about the incident and the subsequent radio call to tell him no further action from the stewards. I strongly suspect his determination to pass Max soared at that point.”

The incident was the latest in a fiery weekend which saw Hamilton disqualified from qualifying over a rear-wing infringement and Verstappen fined for inspecting the Mercedes car.

“We had a broken part on our rear wing which we couldn’t look at, couldn’t analyse, failed the test, and after disqualified, very harsh,” hesaid.

“And then you see on the Red Bull repairs, three times in a row on a rear wing whilst being in parc ferme with no consequence.

“That’s one thing, and obviously that really peaked with the decision in the race, which was, I mean, really wrong defence from Max, absolutely an inch over the limit, but he needed to do that to defend.

“Lewis just managed it even more brilliantly by avoiding the contact and end the race that way.

“But that was just over the line, it should have been a five-second penalty at least. Probably Max knew that. Just brushing it under the carpet, it’s just the tip of the iceberg. It’s just laughable.”