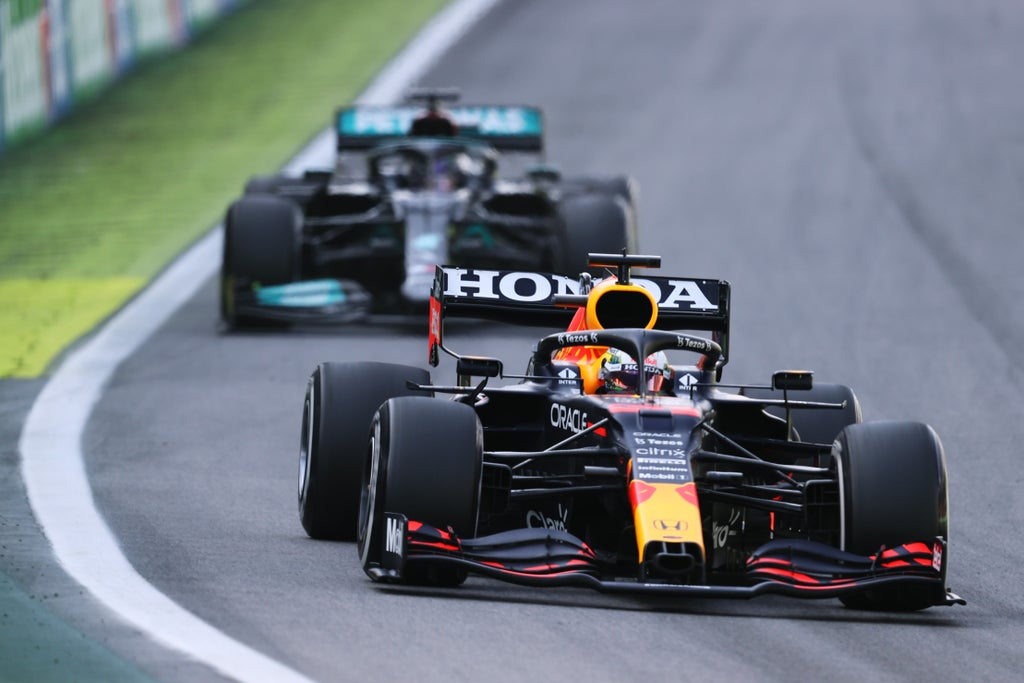 Max Verstappen has defended his actions that forced Lewis Hamilton off the track at the Brazilian Grand Prix.

The seven-time world champion claimed one of the best wins of his career after fighting back from 10th on the grid to take a famous victory at Interlagos.

He had to pass title rival Verstappen to do it but only after the Dutchman had braked late and forced Hamilton off into the run-off area on the outside of turn four.

Verstappen has come in for criticism for his refusal to yield with Mercedes chief Toto Wolff labelling the stewards’ decision not to punish him “laughable”.

But the championship leader claims his actions were “fair enough”.

“We both braked really late into the corner, of course trying to get the position, so I think that was fair enough,” he told Sky Sports.

Hamilton went on to make the pass stick and reduce the deficit in the title race to 14 points with just three races remaining.

Verstappen conceded that the Red Bull just didn’t have enough pace over the weekend to see them through to a win.

“Of course I tried everything I could, but clearly, we’re just lacking a little bit of pace, a little bit too much,” Verstappen added.

“Especially on a track like this, where the tyre wear is very high, you have to use the tyres a bit more to keep them behind, and in the end it didn’t work out.

“But I’m not too disappointed, because I think this is quite a realistic result, but at least we had a bit of fun you know, battling out there.”

Hamilton’s win was a 101st of his career and a sixth of the campaign and was one he knew he had to have.

“Coming here 19 points behind, we really needed a solid result and then we had all these penalties,” he said after the race.

“It is easy to get down and mentally, you can think it is over, it is impossible, but nothing is impossible if you put your mind to it. We cultivated a positive mental attitude and we went out all guns blazing.

“It has been such a difficult weekend for everyone in the team but I have just been inspired by everyone’s focus and determination.