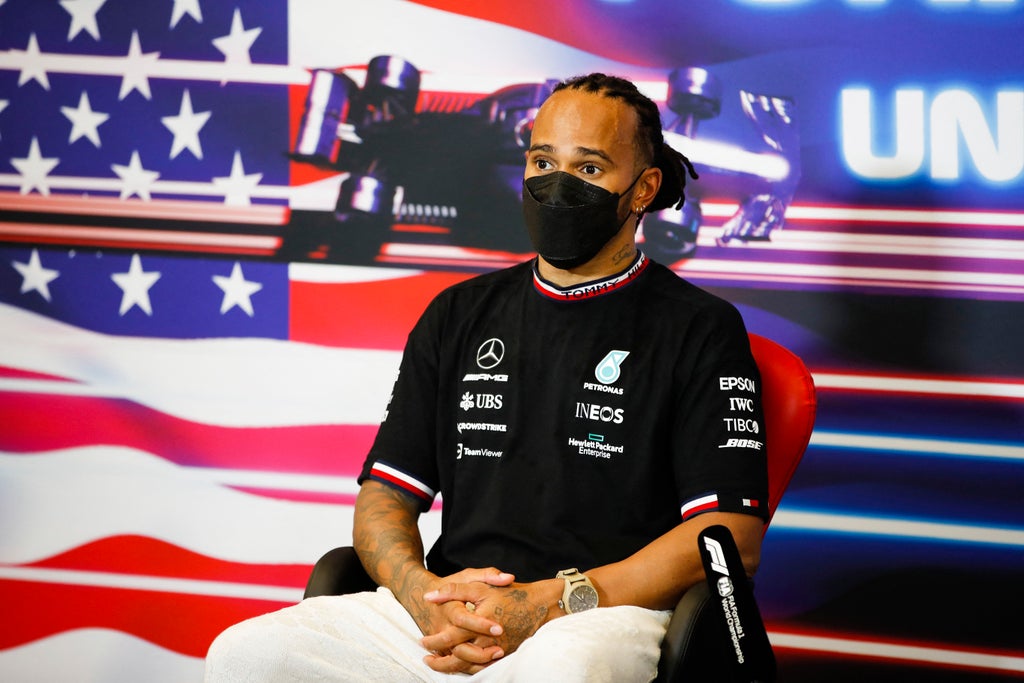 Lewis Hamilton hasn’t decided when he will walk away from Formula One, according to Mercedes chief Toto Wolff.

Speculation over the seven-time world champion’s immediate future was put to bed when he signed a new two-year deal with Mercedes in the summer.

But now 38, talk over when Hamilton will call it quits refuses to go away.

Wolff though is keen to keep his No 1 driver around for as long as possible.

“We are very close and we exchange ideas every day,” he told Speedweek. “But we both know that an F1 career is a moving goal.

“There is no date he is committed to. What is certain is that we will do the best possible job together next year too.”

Hamilton is currently embroiled in a see-saw battle for the F1 title with Red Bull rival Max Verstappen.

The pair have come to blows a number of times on the track this season, most notably at Silverstone when Verstappen suffered a high-speed crash.

But Hamilton played down the fight, saying he has experienced tougher rivalries in his long career.

“No, I wouldn’t say so,” he said when asked by Sky Sports. “I was just thinking earlier on today about all the championships I’ve fought in since I was 10.