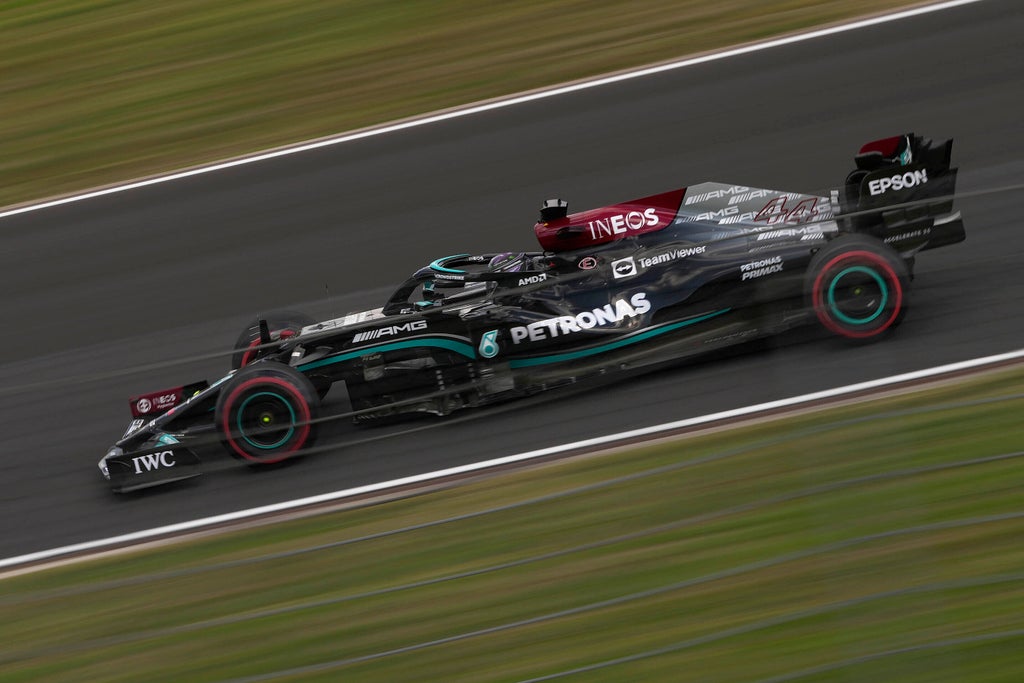 The seven-time world champion, who will be demoted 10 places on the grid after taking on his fourth engine – one more than is permitted – finished four tenths clear of championship rival Max Verstappen.

Hamilton heads into Sunday’s race with a two-point advantage over Verstappen in his quest for a record-breaking eighth world crown.

But the British driver will have his work cut out to retain his championship lead after news broke of his penalty.

Hamilton will hope to come through the field like title rival Max Verstappen did at the last race in Russia where the Dutchman was thrown to the back for taking on a fourth engine.

However, Hamilton will avoid starting last as he is changing only the ICE (Internal Combustion Engine) and not a full power unit.

The early signs were encouraging for the 36-year-old after he lapped the Istanbul Park – the venue where he captured his seventh title last year – almost half-a-second faster than anybody else.

The predominantly white colours with a flick of red are a nod to the livery used when Richie Ginther secured Honda’s first Formula One win at the 1965 Mexican Grand Prix.

Honda are leaving F1 at the end of the year, and this weekend was pencilled in to be their home race at Suzuka, Japan before the event’s cancellation due to coronavirus restrictions.

The opening running played out under clear blue skies but the forecast for the remainder of the weekend is due to be unsettled.

Carlos Sainz finished fifth on a strong morning for Ferrari ahead of Alpine’s Esteban Ocon.

Lando Norris the British driver who came within two laps of claiming his maiden win in Russia a fortnight ago, finished seventh.

The second session gets under way at 3pm local time (1300BST).