MARK CLATTENBURG: Everton can’t have gripes after Brentford defeat, the officials got all the decisions right… referee Michael Oliver did them a favour by awarding a soft penalty

By Mark Clattenburg for the Daily Mail

Everton’s biggest complaint was over the 18th-minute red card for Jarrad Branthwaite. They felt they should have been awarded a penalty at the other end, seconds before Branthwaite’s challenge.

But Frank Lampard and Co can have no gripes because the officials did their job at Goodison Park. Kristoffer Ajer and Richarlison were tussling for the ball in the box. Michael Oliver was satisfied it was six of one, half a dozen of the other, and I agree.

Then almost straight away, after a long ball, Branthwaite brought down Ivan Toney, denying the Brentford striker an obvious goalscoring opportunity. 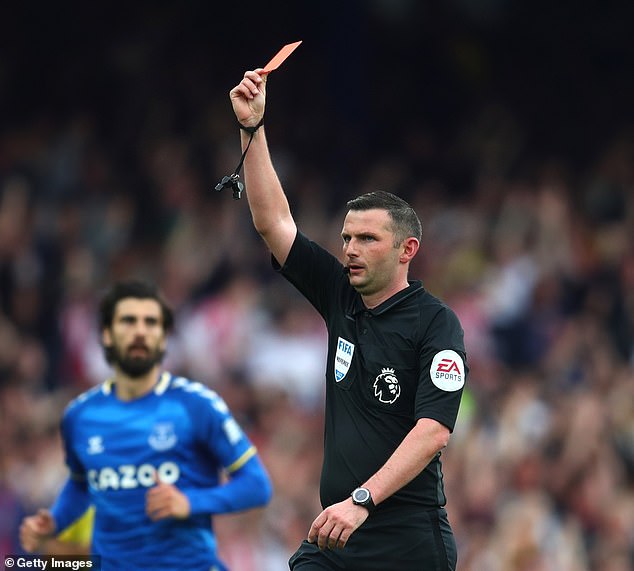 That had to result in a straight red. As furious as Everton were with the referee, Oliver then did them a favour, awarding a soft penalty after Richarlison had used Mads Bech Sorensen’s contact to fall in the box.

Everton’s lack of discipline was evident when Salomon Rondon launched himself at Rico Henry with two feet and studs showing. Oliver was well within his rights to show another red.

As much as they’d like to blame the officials for this defeat, Everton don’t have a case. 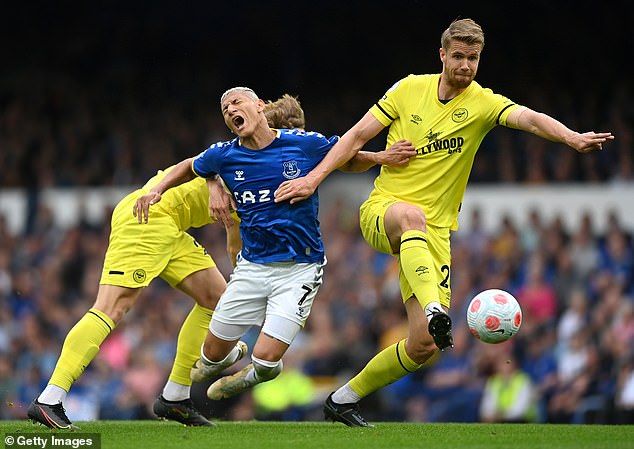