‘He loves to turn up on and off the pitch’: Erling Haaland is filmed dancing in a nightclub in his Borussia Dortmund TRACKSUIT just hours after his final game for the club as the £51m striker parties with fans before joining Man City this summer

It seems like the nightclubs of Manchester won’t know what’s him them when Erling Haaland arrives in England this summer.

Manchester City‘s newest recruit played and scored in his final game for Borussia Dortmund on Saturday, before hitting the town to celebrate.

Videos have emerged on social media of Haaland dancing (in the loosest possible sense of the word) to the iconic Pitbull track Hotel Room Service in the middle of a group of fans. 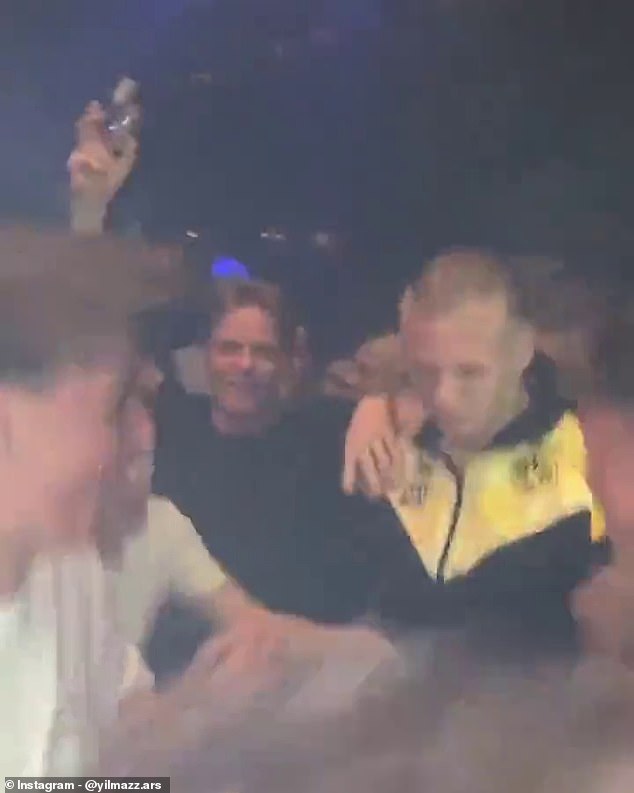 The 21-year-old was also spotted serving drinks at the club – doing all of this while still dressed in his Dortmund tracksuit. So much for being subtle.

‘Man loves to turn up on and off the pitch,’ one fan tweeted.

‘At this point I’m convinced he’s a robot,’ another added after watching Haaland’s wooden dancing.

‘Grealish and Foden wants to join the group chat,’ echoed another. 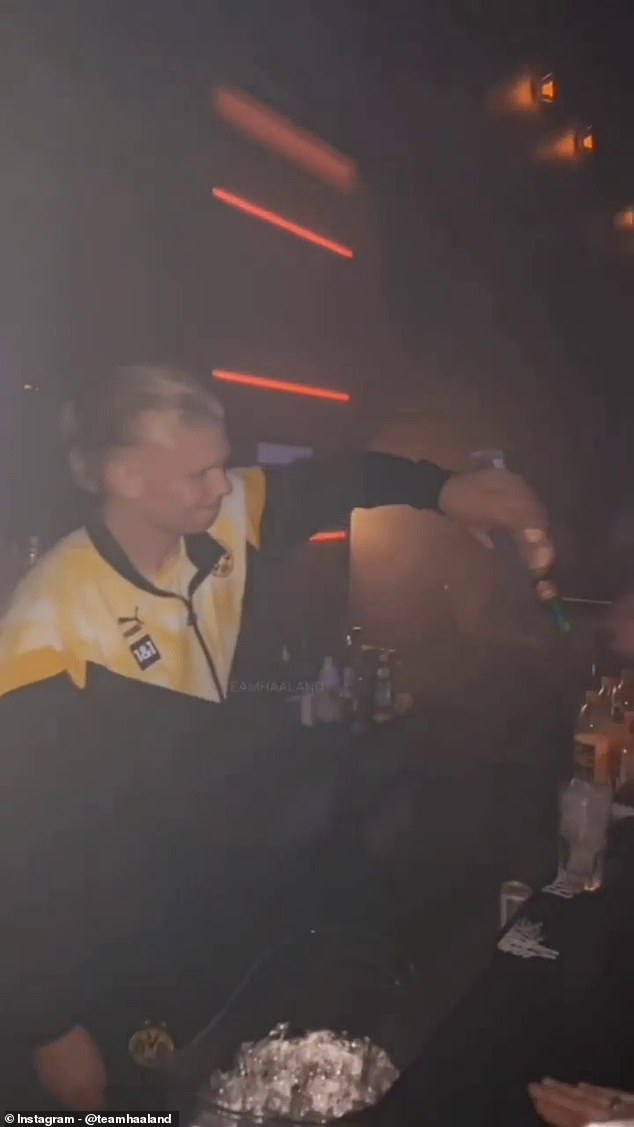 The Norwegian striker, 21, was also spotted pouring drinks as fans flocked around him

It’s not the first time that Haaland has been filmed partying – last summer he joined future City team-mate Riyad Mahrez in Mykonos and showed off his moves.

It comes after Fabrizio Romano rubbished rumours that Barcelona decided not to sign Haaland because of his lifestyle.

‘I can tell you that the reports circulating around Erling Haaland are false,’ Romano told CaughtOffside. ‘The stories about Barcelona being unconvinced by his off the pitch lifestyle are not correct, just like Real Madrid have never had any doubts or concerns about Erling’s injuries. 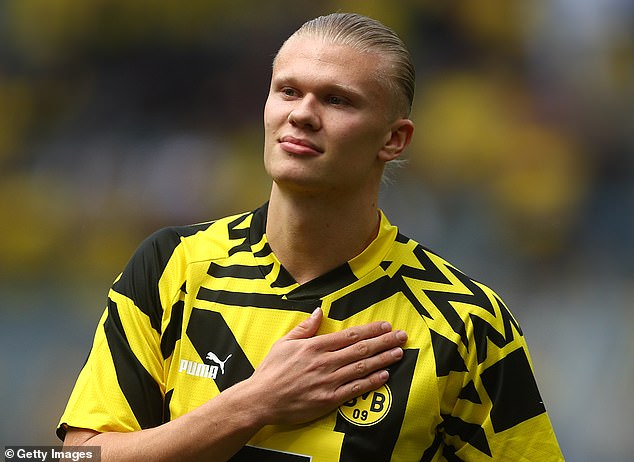 ‘The reality is that both clubs (and Bayern Munich too…) have tried in every way to convince Haaland to join them, but especially for Barca it was impossible due to the financial situation of the club.

‘But Barca manager Xavi, also in private, has tried to persuade Erling Haaland. There have never been doubts about his private life.’

Fortunately for Pep Guardiola, Haaland has proven that he is significantly better on the pitch than he is on the dancefloor.

City confirmed last week that they had agreed a £51million deal to take the striker to the Etihad this summer. 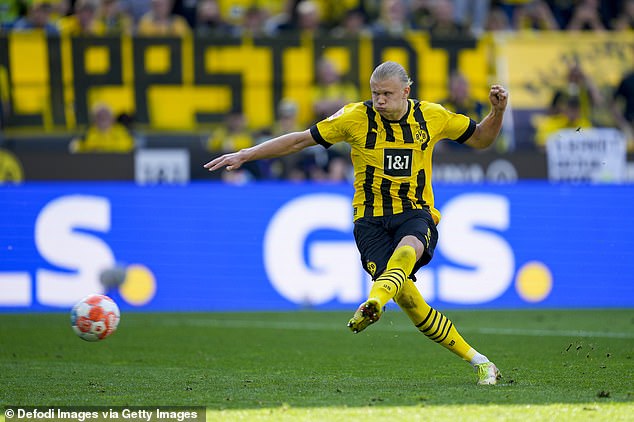 It brings to an end his spell at Dortmund, where he scored a remarkable 86 goals in 89 appearances after signing from Red Bull Salzburg in January 2020.

After his final game for the German club – a 2-1 win over Hertha Berlin – Haaland tweeted: ‘It has been nothing but an honour to wear this shirt.

‘At @BVB I’ve spent memorable moments, met special people, not to mention a fanbase that has been always our extra man on the pitch. The Yellow Wall is truly incredible. I’ll never forget any of this! Thank you all!’